A Look At Theatre Director Franco Dragone And His Influence

You probably have seen one of his shows without really realizing who he was. He is behind spectacular shows like Celine Dion’s A New Day and the Cirque du Soleil’s emergence as the largest theatrical business in the world — he has surely changed the face of entertainment in Las Vegas forever. He is none other than Franco Dragone, the man who brought a new take on shows and artistic performance. But let’s go back to where it all began. 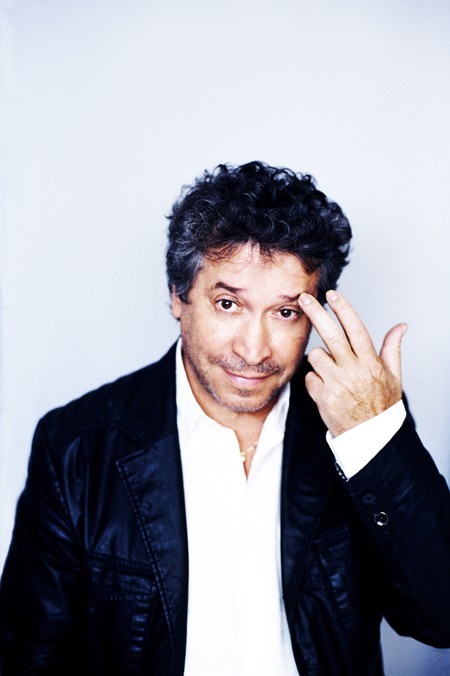 The Making Of A Business Man

Dragone is the brainchild of Franco Dragone, an Italian who immigrated with his family from Cairino, a village in the South of Italy, to La Louvière, a former mining area in Belgium, in the 1950s. Franco studied drama at the Royal Conservatory in Mons, where he discovered the tradition of ‘commedia dell’arte‘ and political theater, which allowed him to explore social situations through his work. Charged with strong emotions and realism, he incorporated true stories of homelessness, drug addiction and life in prison into his performances. 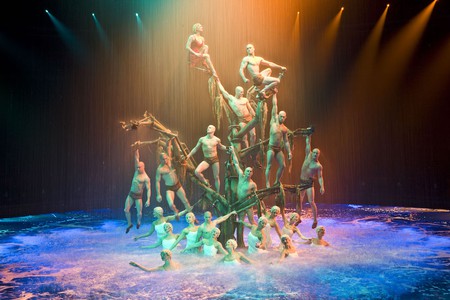 In the 1980s, Franco traveled to Montreal, Canada, where he integrated the Circus of Immaculate Conception as a teacher. He soon joined the Cirque du Soleil as its creative director, where he would produce no less than ten shows — the most famous being O, Mystère, Le Cirque Réinventé — up until 1999. It was during this time he was able to create a new form of dance that mixed choreography, technology, music and circus acrobatics to tell a story without a single spoken word. This unique form of choreography would allow Franco to direct incredible shows that would soon earn Cirque du Soleil worldwide recognition. Franco also directed the Cirque’s first motion picture, Alegria – An enchanted Tale. 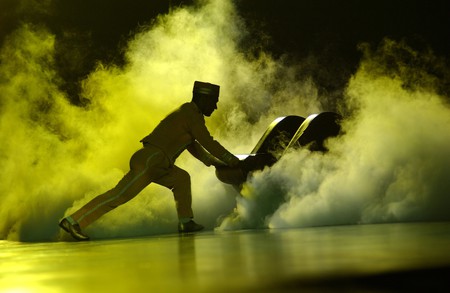 Back To Where It All Started

Although internationally recognized, Belgium is always in Franco’s heart. His affection for the country is clear in the various creative projects from Belgian artists he has spearheaded, such as Lara Fabian‘s music video for ‘Adagio’. In 2000, he returned to La Louvière, his Belgian hometown and founded Dragone, an entertainment company which rose to international fame with its first Las Vegas show, A New Day…featuring Celine Dion. The show encountered such immediate success that its initial three-year contract was extended to two additional years, sealing Dragone’s future as an entrepreneur. 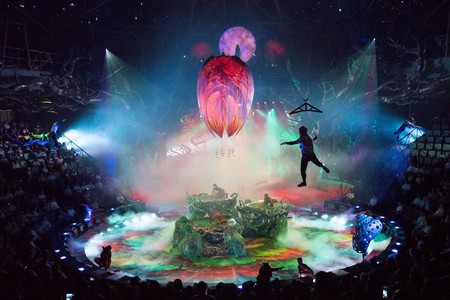 Following his desire to boost his hometown, Franco created Espace Dragone, a cultural non-profit organization that aimed to rejuvenate the area and its many communities by sponsoring cultural projects. In 2002, in partnership with the city of La Louvière and other stakeholders, Franco also created the famous urban opera Décrocher La Lune (Catch the Moon) under the supervision of Luc Petit. Since its inauguration, the show has been performed every three years in the streets of the La Louvière, which tells the story of Sancho Gilles, a giant who climbed up the church to unhook the moon, proving that nothing in this world is impossible. Each time the show premieres, it attracts tens of thousands of spectators. Dragone also boasts its own costume workshop where all the costumes featured in the show are produced and are tailored by a team of creative and talented designers. 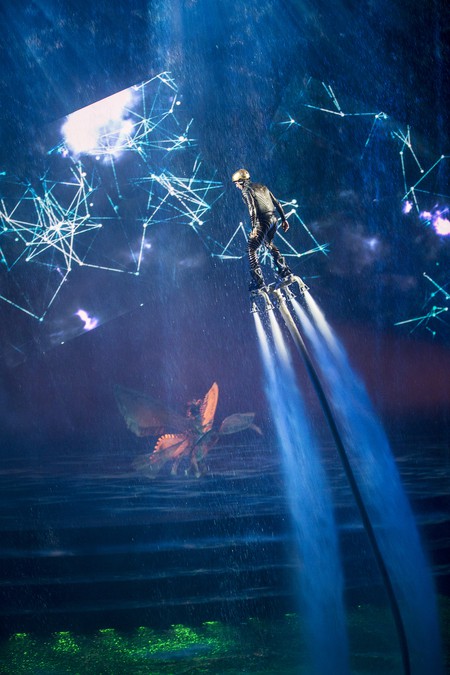 The Han Show in Wuhan China | © Tomasz Rossa/Courtesy of Dragone

In addition to the success of Décrocher La Lune, Franco has also produced a variety of shows such as the EuroFoot opening ceremony in 2000, Chapeau Europa for the opening ceremony of the Belgian Presidency of the European Union in 2001 and more recently, the FIFA World Cup ceremony in Brazil.

But nothing seems to stop Franco, and now his creativity has pushed him across the world all the way to Macau, China where Dragone is producing their first permanent show with The House of Dancing Water, which attracts thousands of spectators. The show propelled the company in the East, making it a truly universal enterprise. 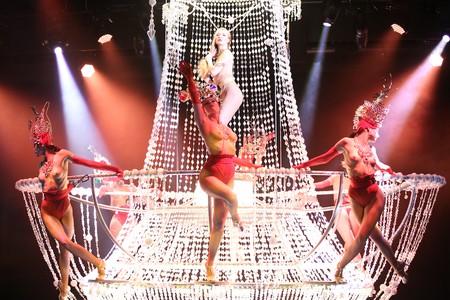 In the spring of 2015, the Lido in Paris launched a new show entirely produced by Dragone, which is inspired by the magic of the City of Light and features elegant costumes and dazzling performances to take the audience to a new realm of dreaminess.

Looking to constantly improve the spectator’s experience, Dragone invests heavily in outstanding talent, whether behind the creativity of its performance or even the most technical aspects of the shows. With its new général director, Didier Hamann, the company promises to take an even more creative turn and continue to amaze their audience.