Director Emir Kusturica On The True Value Of Roots 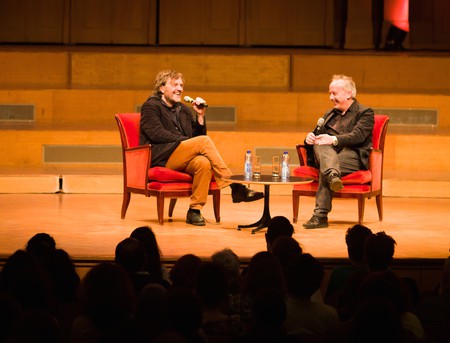 The artist-led Balkan Trafik started in 2007 and is unique in the scale of its ambition: it showcases work across the spectrum of the arts of the Balkans. This decision to stage a unique and sophisticated program means that it has quickly risen to become one of the important events in the cultural calendar of Brussels. This year’s edition invited esteemed director Emir Kusturica to discuss not only his cinematic vision but also the importance of maintaining multi-ethnic communities and the important role they play in the world. 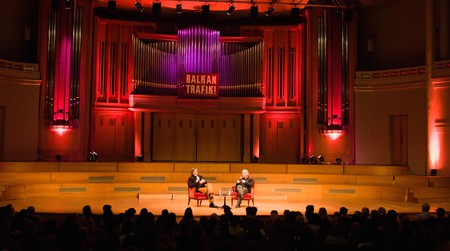 A conversation with Emir Kusturica

As the Balkan Trafik Festival opened for its tenth installment, it offered yet another argument for the significance of the ethnic arts and culture in the era of globalization – the relatively rapid political changes around the world taking place in forms of revolutions, coup d’états, and unrests. The disastrous impacts of globalization on ethnicity in general and ethnic identity, in particular, are becoming stale news, but governments are still reluctant to acknowledge fully the value of ethnic identity to our communities. The Balkan Trafik Festival is a leading example in the fight for promoting cultural diversity as it demonstrates the role that ethnic culture plays in establishing a global dialogue.

The 2016 edition’s programming saw a number of works exploring political climates. This seems only natural given the current discourse around the question of erasing national identities by multinational corporations. Leading Balkan figures return year after year to be involved. This year’s presence of the legendary film director Emir Kusturica at the opening night is testament to the festival’s value.

Arguably one of the most politically incorrect figures in modern cinema, Kusturica opened the festival with a one-hour conversation and presented his masterpiece Underground to celebrate multi-ethnic societies and their contributions to the benefit of mankind. 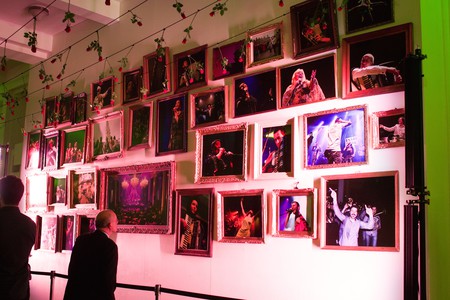 Emir Kusturica was born in Sarajevo, the main town of current Bosnia and Herzegovina, and spent his younger years on the outskirts of the town where his family lived. In order to save young Emir from bad influences, his parents decided to send him abroad at the age of 18 to learn cinema at the prestigious FAMU, the school in Prague where Miloš Forman, Jirí Menzel, and Goran Paskaljević graduated.

“The way I passed the entrance exams to become a student of the film school was very pathetic,” Kusturica said. “I was asked by the president of the Jury, ‘Do I believe if there is a need for more social realism in the art of Czechoslovakia.’ I said ‘Never enough!’ All this time is behind me now, but I would still [urge] never-enough socialism in the society of today because of this outraging liberal capitalism. I didn’t even dream that I would make my first movie, which my professor showed at Karlovy Vary Film Festival saying that this is a serious movie. When he said ‘a serious movie,’ I was very offended because I wanted to make a comedy. Anyway, it was 1977, and it was the first time that my work was considered to be a serious piece of art.” 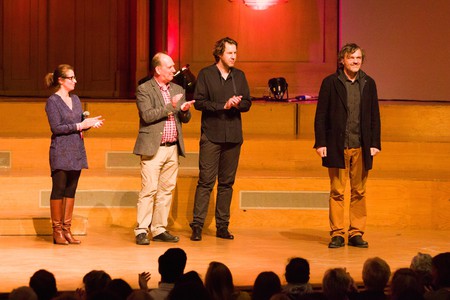 “Talking about my film Guernica, what I recognize by this film is my impression of the atrocities of World War II, plus the substance of destruction and auto-destruction. As you have seen, it tells the story of a Jewish little boy facing the fear of the anti-semitism. His father brings him in 1937 to the Exposition Universelle in Paris where he discovers Picasso’s painting. Some years later, the Nazis come and persecute the Jews. The father explains to his son: “They just want to examine us because we have a big nose.” When his family is taken away, the boy stays alone at home, he looks at the family photos and cuts all the noses off. He sticks them together and calls it ‘Guernica.’ So, my way of doing movies afterwards was very much the same. I always had references, cultural references.”

Having a conversation with yourself – that’s what’s challenging about the cinematic process, according to the director. It’s the wish of a director to locate his feelings and views, even if they are almost impossible to express. “Each time I was making a movie, it took me one year, sometimes two – the latest movie I was shooting was for 3.5 years. It means that there is a dialogue with myself, constant and consistent dialogue, while working. And each film was almost traumatic, even if it was funny, but it was traumatic because in order to create these images, to compose the images of the world that are powerful, strong, touching vital human problems; you need to operate with the spiritual basis of your life.”

A Question of Identity

The conversation with Kusturica demonstrated the artist’s obvious love for his birthplace. A country of Bosnia and the Balkans in general, which allowed him to listen carefully to the sounds and noises, offered him a powerful influence that could be expressed in his artistic performance.

“I have a strong sense of my roots. I think it’s crucial because even when building the bridge between each other, we try to understand each other from our own perspective, from our own heritage,” he said.

“From our own culture we can understand any culture of the world. But if you are in this, as I call it, ‘vicious triangle’ – ‘profit-war-capital,’ then the easiest way for corporations is to erase our identity,” Kusturica added. “The experience from Yugoslavia, all those democratic crusaders who were creating democracies all around the world, they destroyed multi-ethnic societies who found their way to live together. I strongly believe that we need to come from our roots and meet with other identities from other backgrounds, otherwise we are all going to become nobodies.”