Chocolatier: The Best Job in Brussels? 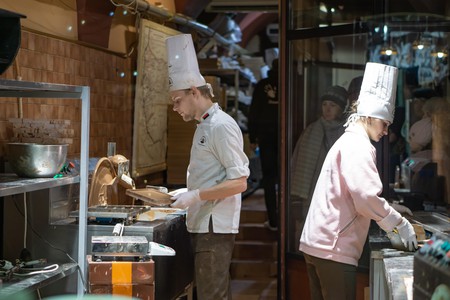 How did a small country in Western Europe become one of the leading global producers of chocolate, a delicacy that is originally from Latin America? Brussels resident Ester Meerman indulges her sweet-tooth and takes us on a journey that starts in a rather unexpected place: a pharmacy.

The Belgians really put their stamp on the chocolate industry when Jean Neuhaus II invented the praline – a soft-centered piece of candy covered in chocolate – in 1912. Swiss-born Neuhaus first came to Belgium in 1857 and started a pharmacy. He covered his medicines in chocolate to make it more enjoyable to have to take them. His grandson, Jean Neuhaus II, started replacing the medicine with fillings such as nuts, marzipan and caramel and the praline was born. They quickly became a hit, and the Neuhauses converted their pharmacy into a chocolate shop. 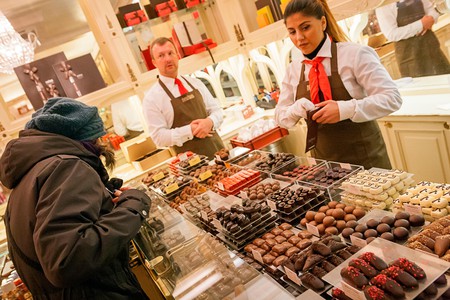 Learning from a master

Neuhaus may have been the first, but certainly not the last to open a chocolate shop in Brussels; Guylian, Godiva and Leonidas have all gained global recognition, to name a few. Across the street from the Bozar Centre of Fine Arts in Brussels, where the biggest names in classical music regularly take the stage, a different kind of master is hard at work. Laurent Gerbaud is an award-winning chocolatier. His shop simply bears his own name and is a constant hustle and bustle of customers, local suppliers and tourists queuing to take a chocolate-making workshop. 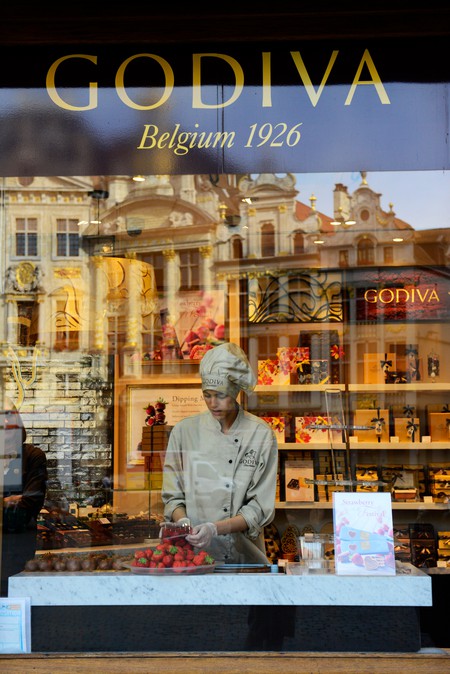 In the back is Gerbaud’s atelier, where two of his employees are cooking up a fresh batch of pralines. “Nut filling, a classic,” Gerbaud explains. With just two countertops measuring a few square metres in total and a floor-to-ceiling rack holding different flavours of chocolate, Gerbaud’s atelier seems a bit underwhelming. Yet, this relatively small space produces seven tonnes of pralines each year. “I have about a hundred different flavours on the menu, but the display cases only have space for about 70, so we’re constantly rotating flavours,” he explains.

There are more than 2,000 chocolatiers in Belgium, and some are among the best chocolate-makers in the world. Gerbaud took home gold, silver and bronze medals at the 2017 World Championship for chocolatiers. Among his award-winning pralines are ones flavoured with olives, but he also serves more traditional fillings such as nuts and citrus fruits. When asked why he became a chocolatier, Gerbaud takes a long time to answer, but finally shrugs and says, “Maybe it is the Belgian thing to do.”

How did chocolate become so Belgian?

So how did chocolate become traditionally Belgian? A visit to Chocolate Nation in Antwerp sheds light on the history of Belgian chocolate. Cocoa beans first made their way to Belgium from Latin America in the 17th century, when the country was under Spanish occupation.”The port of Antwerp is the world’s biggest importer of cocoa beans. Billions of beans arrive in the harbour each year,” says Catherine Stuyck, marketing and communication manager at Chocolate Nation. From those billions of beans, the country produces between 600,000 and 700,000 tonnes of chocolate each year. 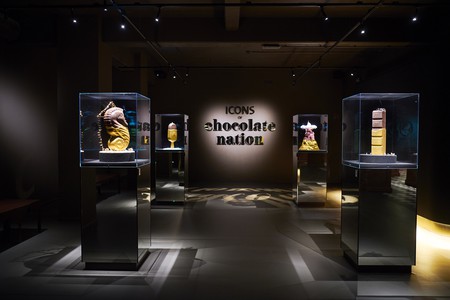 Belgium is so proud of its favourite export, there’s a museum dedicated to it | Courtesy of Chocolate Nation, Antwerp

A good bar of chocolate starts with the perfect cocoa bean. Cocoa trees are fairly complicated to grow. If you have trouble keeping a houseplant alive, the Theobroma cacao is probably not for you. They only grow in countries around the equator, an area known in the chocolate world as the chocolate belt or cocoa belt. To flourish, cocoa trees need just the right amount of sun and humidity, and even then it takes two cocoa trees a year to grow enough beans to produce 1,000 grams (35 oz.) of chocolate. No wonder the Aztecs once used cocoa beans as currency.

It’s not just the quality of the beans that make a good bar of chocolate. The heat at which the beans are roasted also creates differences in flavours. In turn, each chocolatier mixes up different strands of chocolate to create their own unique mix for their pralines and other sweets.

A real taste of Belgium

Gerbaud also has another way to create his signature pralines: “I really try to minimise the amount of sugar we use to make our products. Belgian chocolates are far too sweet. The ones you find in the supermarket at any case.”

This is a trend across many chocolatiers of Brussels. According to Stuyck, compared to other chocolate-producing nations, Belgians prefer a higher cocoa content and “are much less heavy on the milk, making their chocolate much more dark and intense in flavour.” 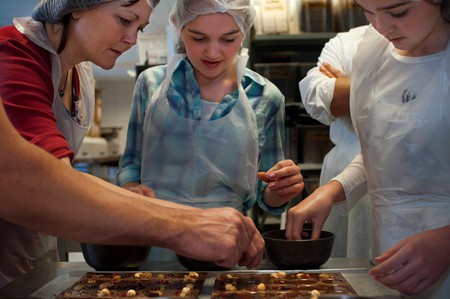 Chocolatier is not a nine-to-five job, Gerbaud explains: “My shop is my home. I spend much more time here than at my actual house.” In the evening, after the shop closes, he experiments with new flavours. “It is nice and quiet then.” The chocolatier says he instinctively knows whether a flavour will go well with chocolate. The one time he can remember his instinct was wrong was when he tried to pair saffron with chocolate. “It sounded amazing in my head, but it ended up tasting like fish soup, so not so great.”