Charles De Coster: A Writer Before His Time

Charles de Coster is among the first Belgian writers who received international acclaim. Mostly neglected by readers in Belgium during his lifetime, his masterpiece, The Legend of Ulenspiegel, served as inspiration for Bulgakov’s The Master and Margarita and was said to equal Cervantes’ Don Quixote and Homer’s Iliad in literary value. 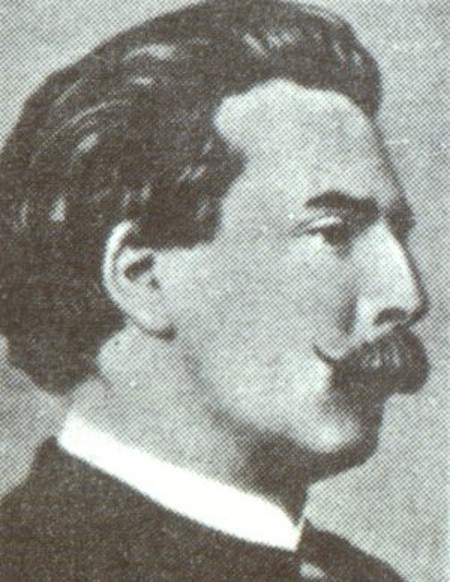 ‘This young man has fine handwriting, is highly intelligent and he deserves some encouragement.’ This was a recommendation for a 19-year-old man embarking on his first serious job at a bank. At that time in 1846, the manager of Société Générale de Belgique, the forerunner of BNP Paribas Fortis, who spoke these words did not know that the young man, Charles de Coster, would become one of Belgium’s greatest men. However, it was not in the banking sector but in the literary world — as one of the best Francophone writers the world has to offer.

Charles-Theodore-Henri de Coster (1827-1879) was born on August 27 in Munich, just three years before Belgium’s independence. Descended from a Walloon mother and a Flemish father, his familial environment was a symbol of Belgian unity. This ethnic duality may have influenced his literary endeavours as he contributed both to the Flemish and Francophone Belgian literary heritages. His masterpiece, The Legend of Ulenspiegel and Lamme Goedzak, the first Francophone literary masterwork to appear in Belgium after its declaration of independence, is an apotheosis of freedom — a symbol of Flemish struggle against the Spanish oppression and the Inquisition in the 16th century. De Coster was especially drawn to old French, which he thought could better depict Flemish mores. By striving to trace both the origins of French language and emphasize Flemish customs in an original way, he wanted to strengthen Belgian identity and unity.

An aspiring poet, de Coster made his debut in ‘Revue trimestrielle,’ a literary periodical published in the mid-19th century. It was, though, for his creativity in narrative prose that he received his accolades. Mixing history, myth and psychology, de Coster paved the way for Belgian Realism, a reaction against the over-idealization of Romanticism. Scenes of realistic crudity and barbarity arise in his novels, along with laughter and sobriety. The distinctive colorful vocabulary and expressions that burst with archaisms are a reflection of the influence of Rabelais’ and Montaigne’s 16th-century literary genre. 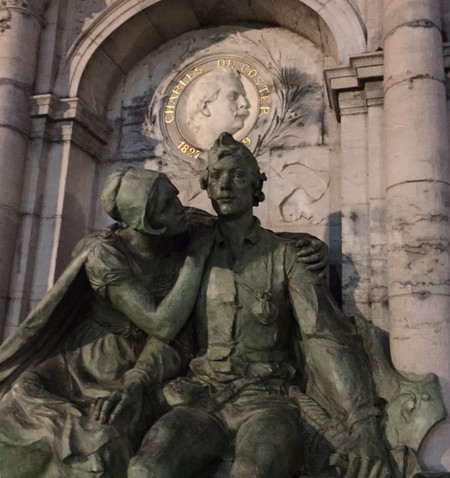 De Coster was an avid defender of freedom and was known for his progressive thought and artistic temperament. He co-founded the Société des Joyeux, a lively literary coterie where young artistic enthusiasts could freely express their anti-clerical views and criticism of the bourgeoisie. It was here that he spent most of his evenings during his student years at Université Libre de Bruxelles. A degree in literature and philosophy brought him neither financial security nor a steady career; journalistic tasks, menial work and a short employment as professor of history and French literature at the École de guerre in Brussels kept him financially afloat. Nevertheless, this did not impede his eagerness to write a wide range of books from historical dramas (Stephanie, 1878) to psychological novels (The Wedding Trip, 1872) and travel journals. Légendes flamandes (1857) brought him a certain success, but this was also due to the illustrations of Félicien Rops, a Belgian graphic artist known for creating decorative illustrations for Baudelaire’s Les Fleurs du Mal.

It was his patriotic romance The Legend and the Heroic, Pleasant, and Glorious Adventures of Ulenspiegel and Lamme Goedzak in Flanders and Elsewhere, published in 1867 and written over a period of ten years, that was destined to bring him worldwide recognition. Alas, this recognition only came after 30 years, and thus, after his death. Inspired by the jester Till Eulenspiegel, a figure from 16th-century Low German folklore, de Coster composed an original historic romance that few Belgian novels could compare with before 1880. He was also at the core of ‘The Belgian Literary Renaissance,’ which appeared around that time.

The Legend of Tijl Ulenspiegel is considered ‘the Flemish Bible’ and its main character, Tijl Ulenspiegel, the embodiment of the Flemish soul. The novel praises not only patriotism but also the triumph over oppression and religious fanaticism. A prankster who becomes a hero in his quest to avenge his father’s death, Tijl describes himself as follows: ‘A Fleming am I from the lovely land of Flanders, workingman, nobleman, all in one, ― and I go wandering through the world, praising things beautiful and good, but boldly making fun of foolishness.’ The story takes place during the Eighty Years’ War in the 16th century. After the Spanish, who had overrun part of western Flanders, burn his father at the stake for heresy, Tijl Ulenspiegel promises to fight against their oppressive rule. Tijl and the buffoon Lamme Goedzak, the companion in his wanderings, are reminiscent of Don Quixote and Sancho Panza. 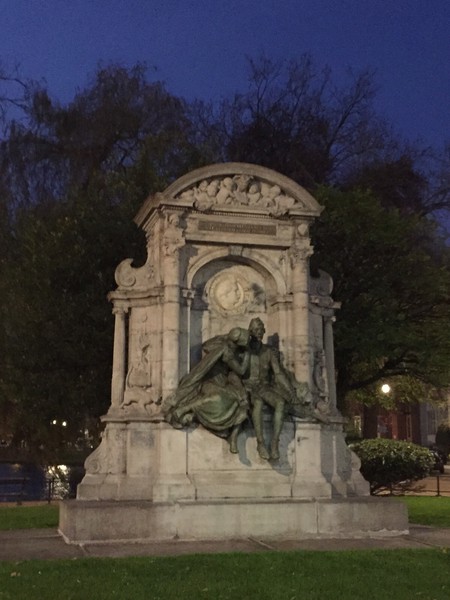 There are a multitude of literary, musical and film adaptations of de Coster’s epic novel. It is assumed that the trickster figure of Tijl Ulenspiegel served as an inspiration for Behemoth, the black cat in Mikhail Bulgakov’s The Master and Margarita. The feelings of suffering and revolutionary enthusiasm evoked in de Coster’s book also deeply impressed the Swiss composer Wladimir Vogel and served as foundation for his masterwork, Thyl Claes, Fils de Kolldraeger, an epic oratorio.

Next to Place Flagey, a lively square in Brussels, there is a bench where the writer used to sit and a statue has been placed in his honor. It depicts the Flemish hero Tijl on the right and his wife, Nele, on the left, with an inscription in French: ‘Est-ce qu’on enterre Ulenspiegel l’esprit Nele le coeur de la mère Flandre‘―’Mother Flanders! Who would dare to bury Ulenspiegel, your spirit, or Nele, your heart?’