Cats Used to Deliver the News in this Belgian City 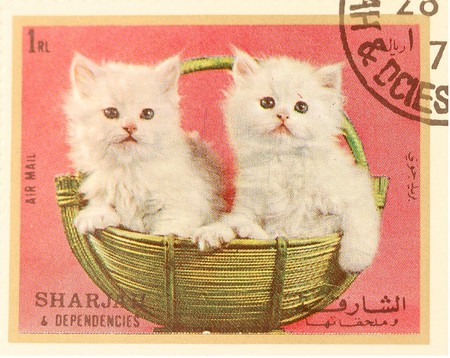 Throughout history, carrier pigeons have been used to deliver mail, as well as horses, camels, dogs and even reindeer (in Alaska). Back in 1876, members of the Belgian Society for the Elevation of the Domestic Cat thought: ‘why not cats?’ Here is the story of how cats came to deliver the news in a city in Belgium.

The society trained 37 domestic cats to deliver mail in the Belgian city of Liège. Waterproof bags containing letters were tied around the felines’ necks and they were driven out into the countryside, miles away from their homes. One of the cats arrived home within five hours and the others all found their way back within 24 hours, according to a report in the New York Times from March 1876.

The society was very pleased with this result and proposed to set up a system of regular communications between neighbouring towns, using their feline companions. Why this scheme never came to fruition remains a mystery, but it possibly had something to do with it being more efficient to drive around delivering letters yourself instead of tying them to a cat’s neck, leaving it in a field and hoping it will make its way back home!

However, the society’s ambitious plan wasn’t a complete waste of time. In 2007, it inspired an American woman to write a book about the whole affair. Because quite a few details about this episode in history are missing, Gretchen Lamont’s The Mail-Carrier Cats of Liège is mostly fictional. 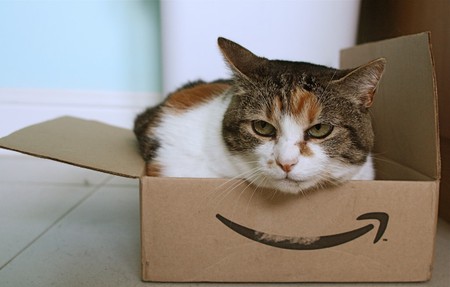 A cat sitting in a delivery box. | © Stephen Woods / Flickr

It is quite possible that the Belgian Society for the Elevation of the Domestic Cat got its inspiration for the mail cats scheme from a practice called cat racing, that was supposedly popular in northern Europe around the 1860s.

In 1889, English natural history artist Harrison Weir published a book called Our Cats and All About Them, describing and illustrating the pedigree varieties of cats at that time. In the book, Weir quotes an article from an English illustrated periodical called Pictorial Times which describes ‘cat racing’: cats were driven out into the countryside and released at midnight. The first cat to make its way home won a prize hamper of ham, sausages, cigars and other goodies. Some years, the prize was a silver spoon. Presumably, the cigars and spoon were for the owners, not the cats! According to the article quoted by Weir, cat racing was practised annually in the suburbs of Liège during carnival time and it was a highly popular pastime.

Cat racing was still practised until recently. At the annual Curruñao festival in San Luis, Peru, cat racing was one of the main attractions and unfortunate cats who finished last in the race ended up in a stew. In 2013, the festival was suspended for animal cruelty. Peruvian magistrate Maria Luyo was quoted as saying the event “caused grave social damage and damaged public health” in her ruling – good news for animal-lovers everywhere.