Exploring Brussels’ Musical Instruments Museum And The Sounds Of The World

On the way from the Central Station of Brussels, the capital city of Belgium, up through Mont des Arts stands a majestic Art Nouveau building which inevitably catches the eye of those who pass by — the entrance to the Musical Instruments Museum (MIM) could not be more charming. Here we uncover the history of the Musical Instruments Museum and the peculiarity of the collection which has enchanted its visitors for more than a century. 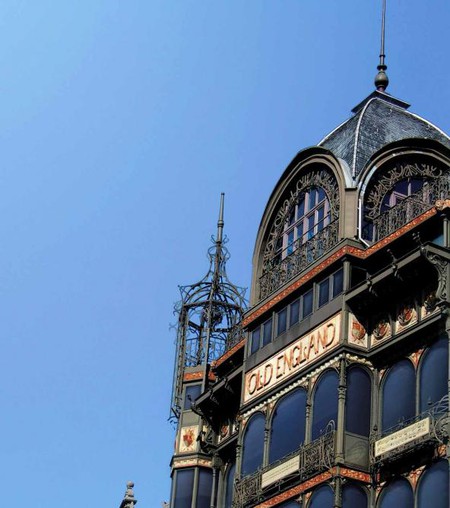 The Old England building, location of the MIM | © MIM Brussels

A History of MIM

Let’s take a step back to February 1877, when the museum was founded. Initially conceived as a collection annexed to the Brussels Royal Music Conservatory, with the purpose of giving the chance to students to discover and learn about musical instruments from the past, its location quickly moved from Rue aux Laines to Rue de la Régence; but it was not enough. Between 1926 and 1978, despite the increasing number of buildings purchased in the area of rue de la Régence and the Grand Sablon, the collection of instruments grew to the point that an entire new building had to be purchased in order to guarantee a proper environment for the instruments to be preserved. One century after its birth the collection had found its new home: the Old England building, born in 1899 as a department store under the directions of Art Nouveau architect Paul Saintenoy, and now hosting 9,000 musical instruments since June 2000.

How did such a unique collection expand so fast? The reason behind the successful result has a name: Victor-Charles Mahillon. Born into a family of instrument manufacturers, he soon became acquainted with the variety of musical instruments that existed in the 19th century. In his 20s he already had a vast knowledge of organology and acoustics, and contributed to the specialized periodical L’Echo Musical for nearly thirty years. It should not surprise, then, if in 1879 he was appointed first curator of the instrument collection at the Brussels Royal Music Conservatory: a man with such a deep knowledge of music and conspicuous talent made the glory and fame of the collection.

At the time of Mahillon’s death, in 1924, the collection counted up to 3,666 different elements; such an impressive amount of instruments – the majority of them being absolutely unconventional and original – constituted an incomparable treasure. Moreover, he skillfully appealed to the sensibility of philanthropists and amateurs, who contributed with generous donations, not to mention his clever use of the diplomatic connections that Belgium had overseas. Part of the Musical Instruments Museum fortune is indeed the great number of original pieces hailing from Mexico, China and India. 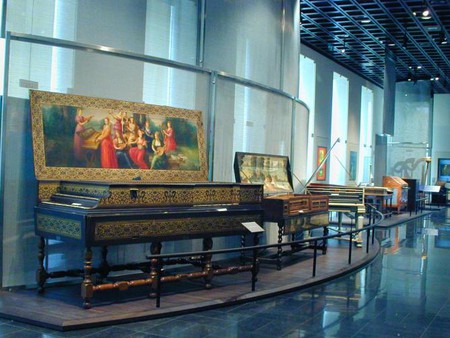 One of the galleries of the museum | © MIM Brussels

The modernity of Mahillon’s philosophy brought him further. In the 1880s he opened a workshop where the instruments could be repaired, he wrote an analytical catalogue of the collection, classifying the instruments on the basis of the material that produces the sound – an innovative method that is still used; he also made possible for students and professors of the Conservatory to perform concerts on those same instruments or their replicas. In this way, at the turn of the century, the Musical Instruments Museum saw its popularity increased all around Europe.

After a considerable decrease of the Musical Instruments Museum’s fortune, due to the lack of instrument builders in the Belgian area, the collection flourished once again in the 1950s when it caught the attention of the Ministry of Culture and received financial benefits, making the collection we know today majestic and unique. 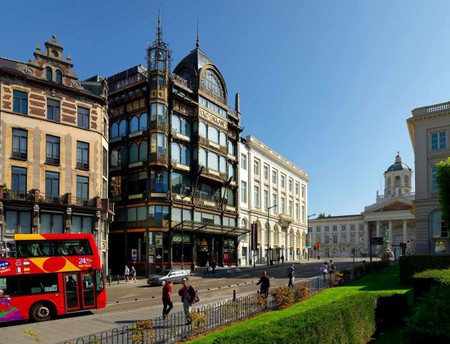 Once the eye has enjoyed the contrast of black iron and blue glass and has followed the game of curves and pillars that alternate on the facade of the building, it is time to move towards the heart of the collection. The only thing left to do for you now is to set a foot into the old-style elevator and think of it as a time machine which will bring you through four entire floors filled with musical instruments from uncountable locations and eras. No paper guides nor apps are needed for this kind of visit: the only tool is an audio guide, an essential companion in order to bring together eye and ear in an overwhelming discovery.

‘Musicus Mechanicus,’ the first thematic room, presents mechanical, electrical and electronic instruments. Among the primitive carillons and bells, which are still the pride of many Flemish cities, there are some captivating instruments: a barrel organ called ‘The Dentist,’ played to soothe the patient’s pain when dentists used to perform their services on the streets, the componium – a complex system of cylinders which are capable of producing infinite different tunes; the Ondes Martenot – an evolution of the Theremin, which functions through hand movement and electrical oscillations, recently used also by artists such as Jacques Brel and Radiohead. 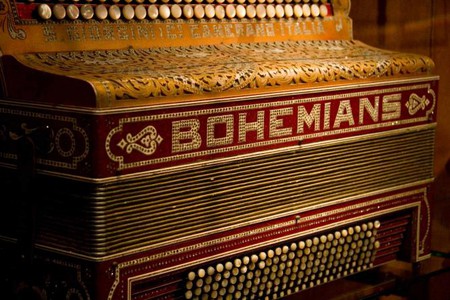 Moving up to the first floor, doors open to what is probably the biggest section of the Museum: traditional instruments from all over the world. Once inside the beehive of display cabinets it is quite easy to get lost in sounds and shapes. Among the most charming ones is the duduk, a double reed flute made of apricot wood, whose sound is unexpectedly warm and reassuring. A whole corridor is dedicated to different kinds of ancient hornpipes and their evolution. In another corner string instruments appear, mostly from the Balkans and Eastern European countries, to fill the silence with samples of gypsy music.

The elevator then takes you up to the chronological exhibition of Western classical musical instruments, mostly gathered in quintet or orchestra formation, and to the temporary exhibition which varies regularly. With the last floors dedicated to a shop, a concert hall and an atelier where the glass doors unveil the secrets of instrument manufacturing and restoration, the ride culminates with the rooftop: a cozy restaurant with a breathtaking view of Brussels. 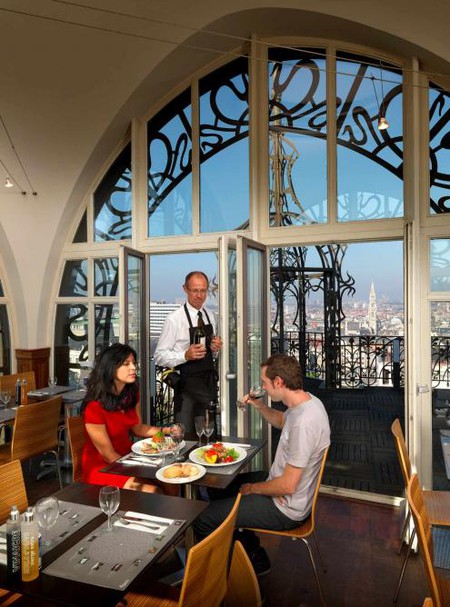 The interior of the restaurant on the rooftop | © milo-profi

Among the countless number of museums Brussels can offer, the Musical Instruments Museum is a worthy experience; cradled by the sounds of the world, you can get lost in this tangible voyage of time and space. Once you leave the collection behind, do not be surprised if you feel the urgency of learning how to play the lute or the oboe: the magic of music has cast its spell.