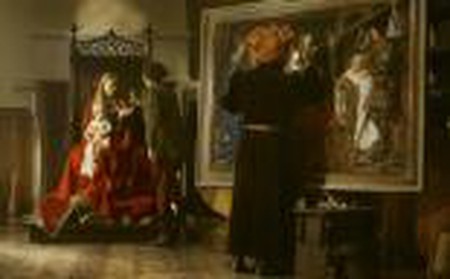 After €10 million and seven years of preparation, Bruges’ Historium finally opened in the autumn of 2012. The result is a sensory expedition back in time that brings Bruges’ medieval past to life. Every visitor that steps through the door of the Historium will be able to experience the sounds, sights, smells, touches and tastes of the city in its Golden Age.

It is the year of 1435 and Bruges has grown rich on the cloth trade – merchants come from all over Europe to do business. In the studio of the Flemish artist Jan van Eyck, the painter is working on his piece Virgin and Child with Canon Joris van der Paele. Two figures are missing, the Madonna and a green ring-necked parakeet. Jacob, his apprentice, is sent to collect Anna, the model who will sit as the Madonna. The ring-necked parakeet flies away and Anna runs after the bird, leaving Jacob to find them both. This is the beginning of a love story and the narrative that will lead you through your journey at the Historium. The pursuit will take the protagonists (and visitors) to Van Eyck’s studio, to the port and the market, through the alleys to a bath house, and finally to a sublime view of the city of Bruges itself. 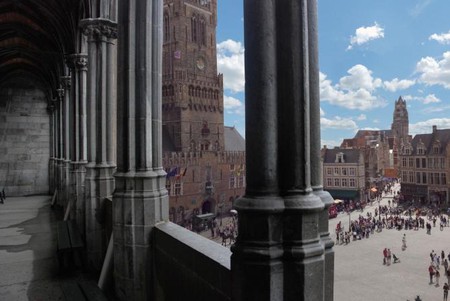 René Tolenaars, the head of marketing and communications at the Historium explains that ‘the idea is to let you explore medieval Bruges using the five senses’. In order to do this to a factual level, the Historium consulted a group of experts including Wim Blockmans, a professor of medieval history at Leiden University in the Netherlands; Bruges’ city archivist and author of several books on the city Noël Geirnaert, and historian André Vandewalle, a former city archivist and author. They decided on building regulated temperature controlled rooms and weather effects in order to truly re-enact the city in the Medieval ages. The drinks of the period are also on offer in the Duvelorium which offers a beer-tasting room with a covered terrace looking out over the Market. However, perhaps less authentically, the only smells that have been captured for the tour are the pleasant ones. Aromas of the year 1435 include wood fires, scents of the bath house and home cooking. 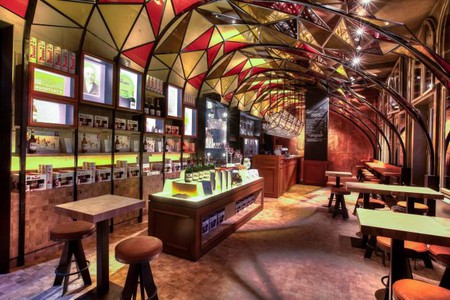 Visitors are equipped with an audio guide in one of nine languages and the device supplies the love story of Jacob and Anna along with additional historical details and a soundtrack recorded by the Brussels Philharmonic. A film was also shot with many popular actors and actresses on location in three studios, including the biggest Blue Key studio in Belgium. The film was directed by Kene Illegems, who is experienced in directing music and advertising videos, and who also created dance performances for the fashion shows of the late Kaat Tilley. Costumer designer for De smaak van De Keyser Charlotte Willems, was in charge of the sumptuous and rich textiles involved with the production of the film. 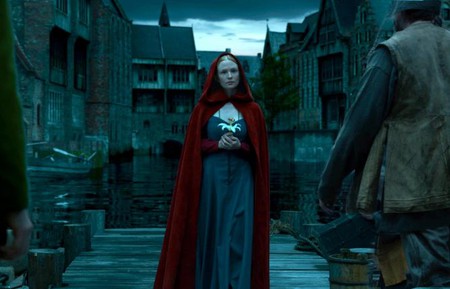 Since its opening, the Historium has received mixed reviews from visitors. Perhaps more geared towards families, an afternoon in the Historium is undoubtedly a cinematic and experiential affair. 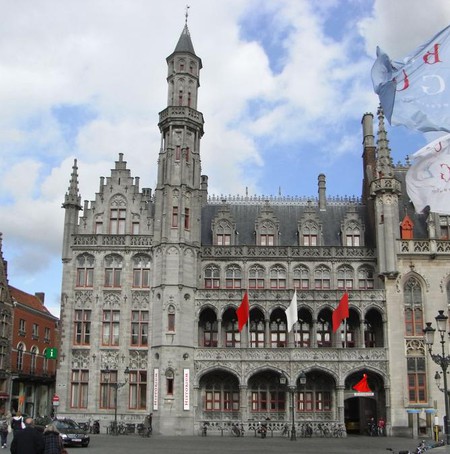 The Historium is located in an absolute gem of a building on the town square in the heart of the city. Close cooperation with the Tourism Office for Flanders, Toerisme Brugge and the tourist guide associations are a major asset. After show city walks are available which perfectly complement the visit to the Historium. The Historium is open seven days a week from 25 November 10.00-18.00 (Thursdays until 21.00). Tickets are €11 for adults and €5.50 for under-14s. A family pass for two adults and three children costs €30. Book online to reserve a date and time slot. Combination tickets, including a walking tour or a visit to the Groeninge Museum, are also available at €15 each.