If you were part of a certain young and hip crowd in Belgium during the 1970s, Sunday afternoons were for drinking, dancing and sweating profusely through flashy, ill-fitting shirts. While the disco genre held commercial sway over the industry, Belgium’s postage stamp-sized underground music scene was teeming with what was referred to as the Popcorn Sound: a sultry mix of soul, blues and a dash of Latin that would become known throughout the world.

Nearly every Flemish town and city had one of them in the 1970s and early 1980s: a dancefloor where ‘boppin’ oldies’ or ‘popcorn oldies’ roared the night away. Coastal town Ostend had The Groove during the time of Marvin Gay’s two-year stint there, Mortsel had The Duff, and Vrasene – a sleepy village near Sint-Niklaas – had The Popcorn. The latter became the epicenter of the early movement with its wildly popular dance competitions on Sundays, where hardcore record-collecting DJs would melt their jazz, blues and soul finds into one rhythmic whole by slowing down or speeding up the rpm when required. Only about two percent of records were played at regular speed, with some even being slowed down seven to eight percent by craftsmen like Gilbert Govaert – aka ‘DJ Gibbe Popcorn’ – and the Franken brothers. 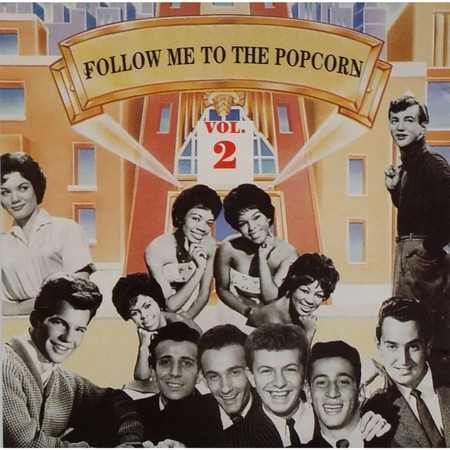 The result was a sensuous sound that prompted the ‘Popcorn Swing’, a bastardized, more relaxed version of the swing and the jive. Avid partygoers would don their polished shoes and near fluorescent white shirts to twirl ladies, or other men (Popcorn venues were usually ahead of their time) around for hours. A couple of years into The Popcorn’s existence – a converted farmhouse that became a club in late 1969 – it was already drawing enthusiasts of the style from across French, German, and Dutch borders. At the height of its popularity up to 3,000 people would show up in a single evening, more than could fit the venue and easily outnumbering the entire town’s population. Speakers were stationed outside during the summer, and fueled by alcohol and good spirit rather than drugs – those days would come later with the subsequent New Beat wave – people took to dancing on parked cars. 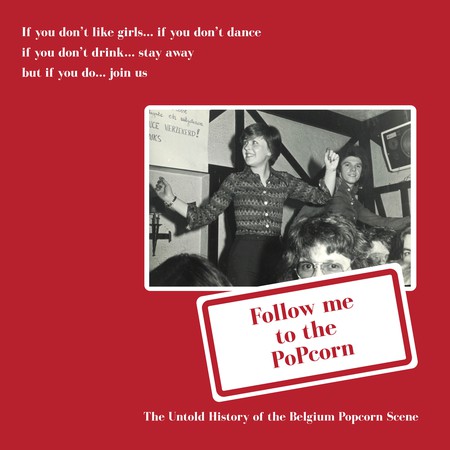 If there’s one genre Belgian Popcorn could be compared to best, it’s the more uptempo Northern Soul. Like the English dance movement that bloomed around the same time, its pioneers were on an eternal quest to find obscure records, fleeing from the mainstream fast and hard and reaching to the past instead. Club owner Freddy Cousaert would bring American soul to The Groove as early as 1968 and Gibbe would scour UK backrooms, basements and attics, looking for treasure in another man’s trash. Little-known rhythm & blues US releases from the 1960s such as Major Lance’s Crying in the Rain made up the core of the Popcorn DJ’s repertoire. Also popular were soulful songs by big Motown stars that never caught on or were never promoted to become hits, like a number of Elvis tracks or Mary Wells’ You Beat Me To The Punch. Bound to sneak into the already sweaty clubs were the Latin rhythms of the Cha Cha and the Mambo, with even a dash of ska and reggae influences thrown in at a later stage.

Also like Northern Soul, Popcorn found its fans in a devoted subgroup, a young crowd that created underground dance meccas for themselves and wanted them to stay that way: places untouched by the status quo – Wigan Casino for Northern Soul, The Popcorn for its Belgian contemporaries. Rare records were shielded from curious eyes by covering up the labels, even if after some time illegal (and pricey) bootlegs started to circulate. By now, forty years later, eclectic Belgian Popcorn is a movement known throughout the music-loving world, though it has always managed to remain somewhat unspoiled by commercialism. While The Popcorn may have closed it doors in 2003, you’ll still find devoted 40 to 60-somethings shaking it off to slowed-down soul any weekend you want as long as you know where to look. 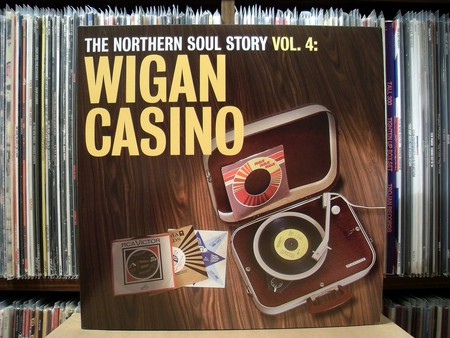