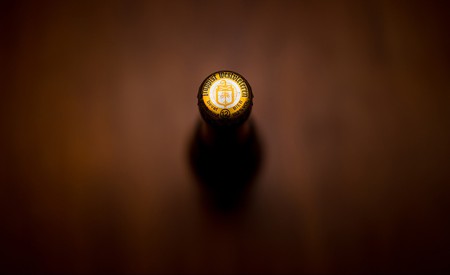 The most highly sought-after amongst Belgian Trappist beers is the Westvleteren 12 (or XII), a particularly strong brown abbey brew whose reputation has reached near mythical proportions. The 10.2 percent whopper steadily rates among the best beers in the world, but this elusive brewski is immensely difficult to find for purchase. Read this guide to getting your hands on one of Belgium’s most beloved brews.

The answer, however inconvenient, is simple: you must head to the gates of the Saint Sixtus Abbey in Westvleteren, a 20-minute drive from Ypres, Flanders. This is after calling in your order by telephone and giving the monks the license plate number of the car with which you plan to pick up your maximum of two crates. Once you’ve gotten your stock of this Belgian-brew-booty, savor it slowly because it will be at least a two-month wait before you can pick up another batch with the same car. All buyers must promise not to sell their hard-earned private supply to third parties – if you’re lucky enough to score a reservation in what the monks dub their ‘beer line’ in the first place, that is. Moral of the story: nothing worth having ever came easy. 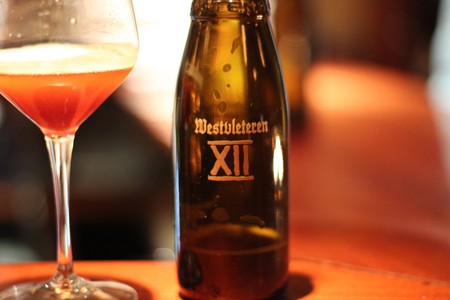 A Trappist beer so coveted its fans have a nomer of their own: 'Westies' | © Christer Edvartsen/Flickr

With the production capacity deliberately kept low and demand being sky-high, chances of getting the ‘phone brother’ on the line are slim – about 1 to 2 percent. If you do get through, make sure you’ve first checked the pdf-document of available slots on their Web site. It’s no use trying to contact the monastery via email about why your calls are going unanswered, you won’t receive a reply. The Cistercian monks decided after World War II that their brewing activities wouldn’t be a distraction from prayer or other manual labor, and have become notorious for sticking by that decision. A notable exception came in 2011, when the monastery needed extra funds to subsidize renovations and over 90.000 packets were distributed via supermarket Colruyt. The unprecedented morning rush to stores has been exemplary of Westvleteren 12’s popularity ever since the quadruple headed RateBeer’s ‘Best Beer in the World’ ranking for the first time in 2005. 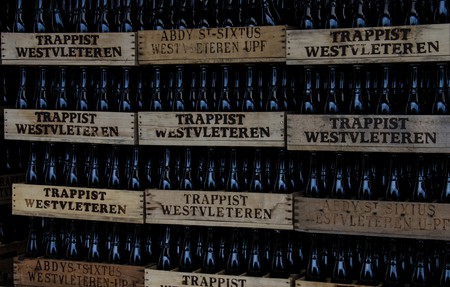 When not in Belgium, there’s always Ebay and other auction sites, where stray bottles sometimes go for ten times their original asking price of €1.75 (€42 for a crate of 24). Even empty bottles and leftover caps are put up for sale as collectibles, almost like the used towel of a sweaty international rock star who left it behind after drying himself on stage. If you scour enough independent liquor stores and specialized beer bars you’re bound to find one or two bottles sold beneath the counter for up to €15 euros a pop, even if it goes against the wishes expressed by the monks.

Yet if you’re adamant about trying their illustrious product the way the brothers intended and you haven’t been able to snatch a reservation the official way, there is one last solution. Make your way to Saint Sixtus, ignore the actual abbey and head straight for café ‘In de Vrede’, the only establishment on earth to serve Westvleteren 12 ‘on the straight and narrow’. Sometimes they’ll even have a packet of six available at the shop as well, though you can never be sure. Even when out of luck, you’ll still have the Westvleteren 12 in its accompanying Trappist glass in front of you and the option to take its lesser-known but much-appreciated little brother (Westvleteren 8) and sister (Westvleteren Blond) home as well. 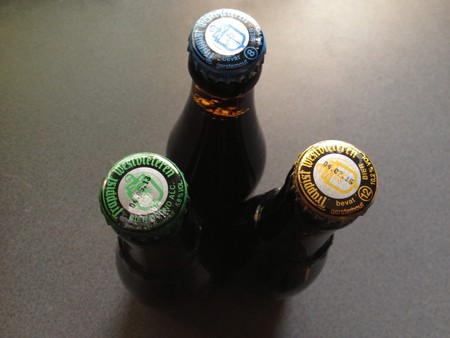 Three different types of beers are produced at the Westvleteren brewery. | © Guy Sie/Flickr

By now it’s clear that obtaining a crate of Westvleteren 12 can be an exercise requiring Buddha-esque patience and more than a a dash of luck. So why put yourself through the hassle? What’s inside the simple, near-black bottle with a golden ‘XII’ painted on that so many aficionados consider it their Holy Grail among beers? Of course its exclusive reputation doesn’t hurt, but even with the obligatory criticasters screaming ‘hype’ and ‘overrated’, there’s no denying the consensus that Westvleteren 12 is a craft product of exceptional quality. Full-bodied, creamy smooth and with flavors of caramel, raisins, tobacco and malts, a pint of the reddish-brown quadrupel leaves most drinkers warm and content to their core. 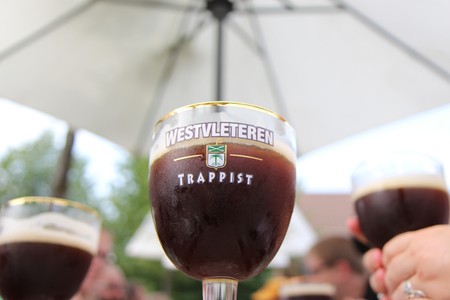