Belgium has no shortage of abandoned buildings that gather dust and ghost-hunters. Some are even said to have ghost sightings. Whether you believe in the supernatural or not, these places are sure to haunt you.

Near the Dutch border there was a haunted house so popular it attracted ghost hunters from all over Europe. Its fame became its downfall – the owner had it demolished for safety reasons in 2011. After all, old crumbled walls and moldy wood are a health hazard if downtrodden by enthusiastic photographers – and are sure to annoy the locals. Besides safety reasons, the owner also had his sights sets on selling the property, with or without the house.

There are several unsettling tales about the house. Cell phones suddenly had no service, watches stopped ticking, doors slammed shut and curious visitors captured strange mist on their cameras. Whatever the truth, we’ll never know. Since it was demolished, the haunted house of Sas van Gent has turned into a legend.

Another ghost story that takes us back to World War I is a story about the White Cavalry. In 1918 in Ieper, the British captain Hayward saw how the Germans threw granite and shot at an empty piece of land. After fighting their non-existent enemy, they suddenly turned and fled.

After taking them captive, the English obviously had some questions. The German colonel said they had seen a strange army in white, riding on white horses. They trotted straight through the bullets and granites, coming closer and closer. The German battalion was then overcome by a strange panic, and they all ran from the mysterious riders.

Hallucinations caused by the stress of war, perhaps?

This château is a haven for ghost hunters – despite being strictly prohibited. Although the castle is rich in history and contains a great variety of different owners through time, there are no specific ghost stories or even any urban legends that surround the castle. It is simply a beautiful building in decay, threatened with demolition. 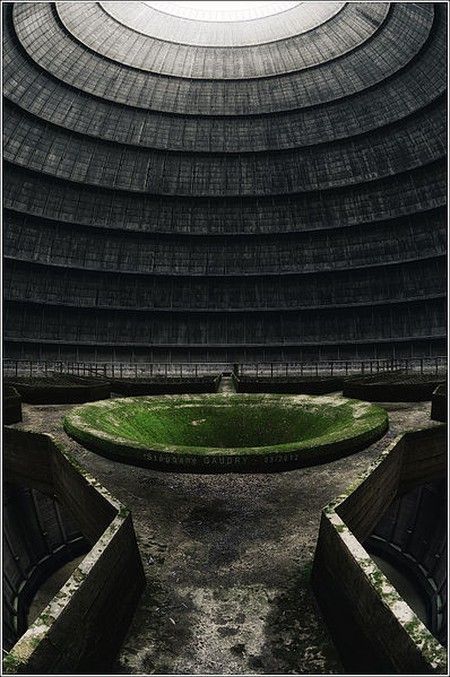 An abandoned building with no ghost stories is a power plant in Charleroi. The power plant, called Centrale Electrique Monceau-sur-Sambre, started out as a coal burning power plant in the 1930s. Belgian electricity company Electrabel owned it, until the plant was unfit to use and ceased operations in 2006. There isn’t much security, as the building is ready for demolition, which means there is no one to stop curious visitors. The interior of the cooling tower is a frequent place of exploration for urban travelers.

John McCrae wrote the famous poem In Flanders Fields. He died in 1918 of pneumonia, while taking care of wounded soldiers. His poem was dedicated to his fallen friend, Alexis Helmer. The bunker where he took care of the wounded has become part of an important memorial site for World War I. It feels almost inappropriate that this place of remembrance is also the source of a ghost story. Though, luckily, it’s not a very famous haunted place.

The ghost of John McCrae himself is said to haunt the bunker, together with his friend Alexis Helmer. Some visitors say to have heard strange echoes of gunshots, and others even claim that after the mysterious echoes, you can catch a glimpse of Alexis Helmer.

Poesele, a village near Ghent, has its fair share of strange legends and ghost stories. One of those legends is about a farm named Goed ten Briele. Around 1800, a family settled in the farm, but were not comfortable at all – as all their horses died inexplicably. The family then asked some priests to investigate their property.

The priests concluded that only Mary (as in the mother of Jesus) could save them. They instructed the farmers to position a dead horse in front of the farm with its legs upwards, and build a chapel dedicated to Mary on top of it. The farmers did as told and the mysterious horse deaths stopped just as quickly as they had begun. The chapel was rebuilt after it was destroyed during road constructions in 1951.

The Lady Ghost Of La Roche

In the castle of La-Roche-en-Ardenne, there used to live a nobleman with a very beautiful daughter named Berthe. He figured the best way to get a son-in-law was to organize a tournament and give the winner Berthe’s hand in marriage (the story doesn’t mention what Berthe thought of this).

The Count of Montaigu participated fiercely, despite already being engaged to another woman, Countess Alix de Salm. He won every game, but near the end of the tournament a mysterious small knight in black entered the contest. Said knight killed the count and took Berthe to the bridal chamber.

The next morning, the couple were found dead on the cliffs underneath the bridal chamber’s window. The mysterious knight turned out to be Countess Alix de Salm, who had made a pact with the devil so she could kill her cheating fiancé and his wife-to-be. Ever since then, the countess’ ghost haunts the castle.

The castle of La Roche is now a tourist attraction during the summer, including a ghost performance and fireworks. 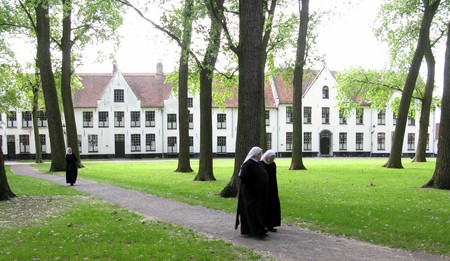 In 1498 in Bruges, there used to be a nunnery near the river Reie, in the house Den Noodt Gods. On the opposite side of the river, there was an Augustian monastery. A monk from the monastery had fallen in love with a young nun named Hortence Dupont. When he found out there was an old tunnel that connected the two buildings, he used this to secretly visit her.

When Hortence tried to run away, the rejected monk stabbed her and buried her body. Their ghosts now wander through Den Noodt Gods. Some nights, Hortence appears as a snowy white figure. On other nights, the monk appears with a grim face. The story says the monk has been looking for Hortence to ask her forgiveness, but can never find her. Both ghosts disappear at midnight. 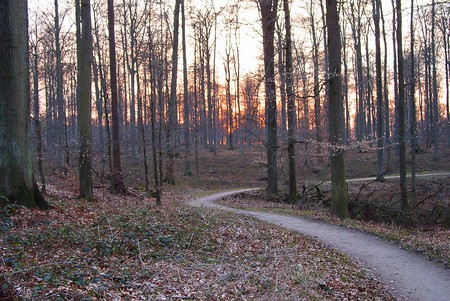 The Eyes In The Forest

Deogen is a strange fog that hovers in the Sonian forest, near Brussels. The fog has been described as greenish, but also as gray, orange or white. What’s consistent in the descriptions are small, shadowy figures in the fog, and the sound of laughing children.

The name Deogen is a misspelling from the original name De Ogen, which literally translates to ‘the eyes’. It’s called ‘the eyes’ because there is always ‘something large’ in the fog that stares at you. There have been reports of the figures near the forest that dart in front of cars, and a bloody little hand print on the car window, that leaves as soon as the fog is gone.

In need of more spooky fun? There is one scary place that is completely safe to visit – the only chilling thing at Le Cercuieil are their cool beers. With its dark, Halloween-like interior and heavy rock music, this cafe breathes a spooky atmosphere without hosting any actual ghosts. At least, none that we know of.