Hugo Claus is known as one of the most significant Belgian writers of all time. A subverter of religious and political norms, he used art as a means of protest against the status quo and broke barriers, whether it be inside or outside of his country. But a penchant for controversy was not his sole claim to fame. In fact, some called him The Wizard because the way he played with words seemed at times everything but human. 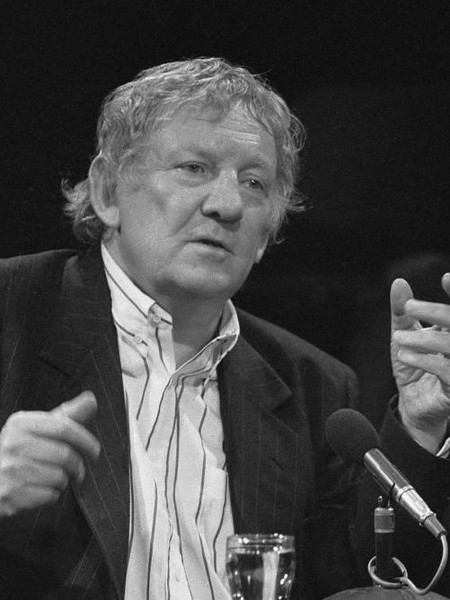 Hugo Claus in an evening dedicated to him, in the Flemish Cultural Center I @ WikiCommons

“Purity is the dirtiest word I know,” the writer is quoted as saying, and indeed this sentence could be used to describe his work. Prolific (he has produced about 150 works, including plays, novels and poems), controversial, but always faithful to his roots, Hugo Claus is the most important writer in Flemish literature.

The Sorrow of Belgium, his fictional masterpiece, was published in 1983 and was soon to become one of the three Dutch-language works to ever achieve the status of a Penguin Classic. It is nowadays considered to be the most important novel written in the Dutch language since the Second World War. The story takes place in wartime from the perspective of a young boy, Louis, who attends a religious boarding school run by nuns. The nuns represent both a maternal figure in the face of his emotionally unavailable mother, as well as the crushing authority of the Catholic society that haunted children’s imagination in those days.

In complex vocabulary that reflects some of the typical west Flanders ways of speaking at the time (the Flemish region itself is full of different dialects with their own specific words and pronunciations) we enter the world of his Flemish nationalist family. Hostility towards the Walloons (the people from Wallonia, the French-speaking part of the country) was strong. And, as the conflict progressed and Hitler’s troops invaded the country – Belgium was occupied from 1940 until 1944 – tensions also rose between the ones who supported Belgian unity and the nationalist Flemings: this was called the Flemish question. 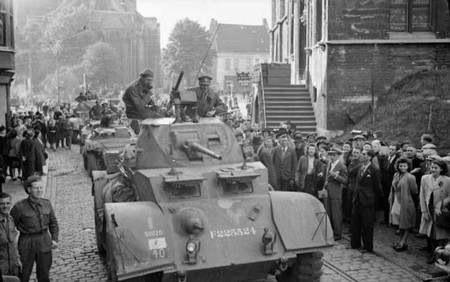 Claus cleverly exposes this ideological tension through the naïve eyes of a young man, and how the latter perceives things happening around him such as colonialism, religion, war, and this country’s ever-lasting identity crisis (it is still said that is Belgium is not a country so much as two regions with completely different cultures, united mainly by economic interests linked to the city of Brussels). But we also discover personal themes like love, sex, friendship and family values. The character’s identity is a joyous mixture of all this, which together constructs a portrait of the typical Flemish boy of his generation.

This perspective has often been compared with the one of Oskar, the boy in Gunter Grass’ (German Nobel Laureate) The Tin Drum. Except, Louis does not have any extraordinary features, as we face a rather Realistic narrative, even if with a few Modernist twists concerning perspective. Like the main character, Claus himself had sympathized with the fascist young movement, before he found his calling in art. In his masterful novel, perhaps as a form of justification, he also chose to show what made Hitler’s Nazism appealing to so many people at the time.

As an adult, Hugo Claus lived in France and then in Italy, where he had romantic relationships with actresses Ellie Overzier and then Sylvia Kristel. He was at one point even a film director, although most of his work in the performing arts was as a screenwriter. He wrote 35 plays, one of which was the famous Masscheroen (1967), where the cast was composed of three characters, representing the Christian Holy Trinity: the Father, the Son and the Holy Spirit. There wouldn’t be anything so special about this play if it wasn’t for one small detail: this cast was fully naked. Because of this, Claus was prosecuted and convicted on charges of public indecency, and sentenced to four months in prison, although this was reduced to a suspended sentence after massive protest from the artistic community.

We were, indeed, on the verge of the famous events of May 1968, that occurred in France against the establishment and subsequently had serious repercussions in Belgium. Interestingly, Claus actually chose an experimental arts festival (EXPRMNTL4) as the venue to showcase his play. But he was not the only one to display nudity. At the same festival, John Lennon’s soon-to-be wife Yoko Ono premiered her film Bottoms, that, as hinted by the title, showed two hours of footage of naked bottoms. At that moment, nudity was becoming more acceptable as an artistic tool to explore the existing taboo around sexuality.

Bruge, the author’s place of birth I @WikiCommons

Claus himself fiercely and publicly defended nudity in his plays and sex in literature. His equally wide-ranged poetic work has an almost revolutionary tone to it at times. Sensual, provocative and intense, it travels trough a variety of themes, that range from the author’s homeland to love, the coming of old-age and the making of poetry.

J. M. Coetzee, the famous South African Nobel Prize winner, wrote: “Claus rages against the decay of the physical self while desire remains untamed. From the beginning, his poetry has been marked by an uncommon mix of intelligence and passion. He has such light-fingered control that art becomes invisible.” Here, too, eroticism defies social norms. The verses are bold and sometimes crude. The poet appears as a relentless lover, a social critic, and, although only to some degree, a politicized artist. In fact, although Claus was not directly engaged in politics per se in his adult life, he did publicly express his disapproval on crucial matters such as Belgian colonialism or the prevalence of the Catholic Church in newspapers and interviews. His work alludes to these ideas. Claus was not a low-profile writer who retreated discreetly while letting his work speak for itself. The work, is this case, was also composed of the causes he fought for and the ways he chose to expose his ideas.

Considering this, many accepted without surprise the fact that he chose to die by euthanasia (which is legal in Belgium) when learning in his later years that he had Alzheimers. This itself can be seen as a statement, and also caused controversy. Ever-morphing, lively and prolific: these were the main attributes of the Flemish writer. This multifaceted figure can best be illustrated by these verses in An Eye For An Eye (Oog om Oog 1963):

“It’s better to be grass

People mow it and