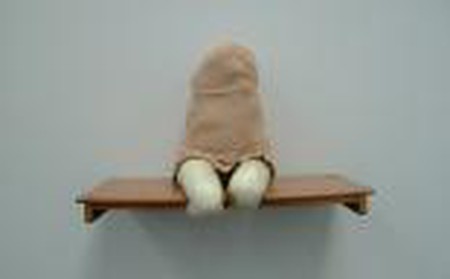 Ghent-based artist Berlinde De Bruyckere will represent Belgium at the national pavilion for the 2013 Venice Biennale. De Bruyckere is a long established artist with a career stretching over three decades, and her innate ability to create works of lasting presence make her an endearing choice for Belgium’s national pavilion. 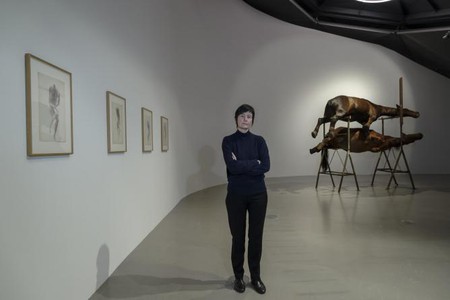 De Bruyckere was chosen by the Flemish Minister of Environment, Nature and Culture (Joke Schauvliege) for her ‘commitment to exploring universal issues of the human condition’, as well as the relationship of her art to the great continuum of history. Nobel Prize for Literature winner J.M Coetzee, has been appointed as the curator but will not carry out the role in the traditional sense. Rather, Coetzee will act as a partner in dialogue and a source of inspiration to De Bruyckere and will help compile the exhibition catalogue. This unique collaboration is a natural extension from their joint project in 2012 which saw them publish a book entitled All Vlees (All Flesh) – a combination of his writings and her images. In addition to Coetzee, De Bruyckere has invited Philippe Van Cauteren who has served as the artistic director of S.M.A.K since 2006 (also known as the Museum of Contemporary Art in Ghent) to act as the Belgian Pavilion’s co-curator. The exhibition space for Belgium’s national pavilion is entitled ‘Kreupelhout – Cripplewood’ and De Bruyckere has conceived a new site-specific installation that builds upon her existing canon yet simultaneously makes strong connections to the historical context of Venice. The Belgian Pavilion will concentrate on the topic of metamorphosis and display sculptures as well as watercolours from recent years. As with her previous publications, Berlinde De Bruyckere will create an artist’s book rather than the usual exhibition catalogue. It will include essays by J.M. Coetzee, Philippe Van Cauteren, Herman Parret and Berlinde De Bruyckere. Photographs will be included by Mirjam Devriendt and the official catalogue of the 2013 Belgian Pavilion will be published by Mercatorfonds. 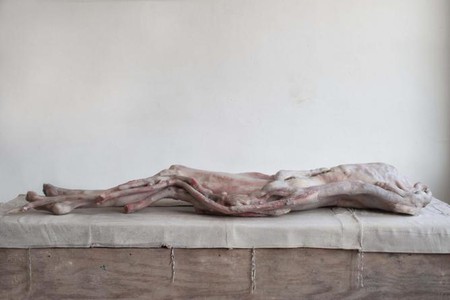 This year’s Venice Biennale has the title of ‘Il Palazzo Enciclopedico’ or ‘The Encyclopedic Palace.’ The curator of the 55th event is Massimiliano Gioni and one of his major concerns is that the artists representing choose works of art that ‘do not claim to be works of art’ but which stimulate further consideration of global realities. Berlinde De Bruyckere demonstrates this specific point of the curator, as her works represent sculptures of human and animal bodies cast in wax in a state of anguish. With a great affinity and appreciation for the old masters, De Bruyckere’s pieces are often portrayed as damaged or distressed, and this adds to the vulnerability and empathy evoked by the pieces. A disconcerting concept of the body takes priority in De Bruyckere’s faceless sculptures. Each figure is placed on a plinth or inside a cabinet posing the idea that deformation is transferrable as beauty. The viewer is asked to question what the objects represent in relation to what they actually are. The artist began making works around the idea of the human figure in the early 1990s; first through its absence, stacking and draping woollen blankets in between spaces of furniture. She then progressed onto entire bodies made of wax coated in wool; no longer concerned with a composed, balanced figure; the artist revelled in the suggestion of imperfection.

Berlinde De Bruyckere was born in 1964 in Ghent, Belgium and currently resides within the city. The artist is no stranger to the international acclaim of the Venice Biennale, having exhibited previously in the Italian Pavilion in 2003. Undoubtedly an experimental artist, her sculptures have included a variety of material such as wax, wood, wool, hair, horse skin along with the more traditional forms of watercolour and gouache. De Bruyckere regularly exhibits in major museums and institutions in both Belgium and abroad. An exhibition of her work In The Flesh has just finished at the Kunsthaus Graz in Austria and in 2012 she had solo exhibitions at Arter in Istanbul and the Australian Centre for Contemporary Arts (ACCA) in Melbourne. In 2006, her work was included in the 4th Berlin Biennial for Contemporary Art and exhibited in a two-artist show at the Kunsthalle Düsseldorf.

The 55th International Art Exhibition of the Venice Biennale will take place from 1 June – 24 November. The Culture Trip’s Venice Biennale Series is an article series leading up to the start of the exhibition. With 88 countries participating in this year’s Biennale — 10 of them for the first time — and 150 artists from 37 countries, our coverage over the next couple of months will highlight a selection of the National Pavilions that will be participating in the 2013 edition of the Venice Biennale. Watch the Biennale page on our site or The Culture Trip’s Twitter, Facebook and Pinterest pages for our daily Biennale articles and updates.