The 10 Most Picturesque Towns In Belgium 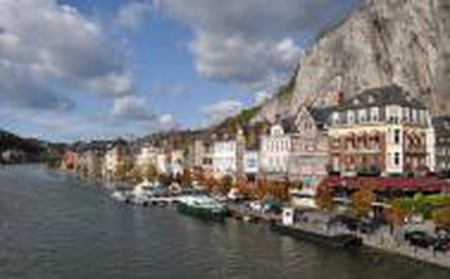 While the most popular places to explore in Belgium seem to be the cities, Brussels, Antwerp, Ghent and Bruges, this country has a lot more to offer to both international and local sightseers. From the west coast to the east, and from Wallonia to Flanders, this top 10 list exposes some of the lesser known gems in Belgium. 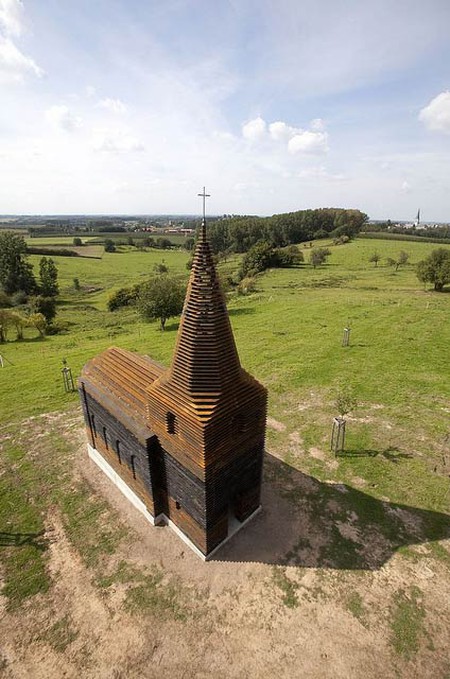 In Belgium’s Limburg province, near its eastern border with the Netherlands, is the small city of Borgloon, also known as Looz or just Loon. With its surrounding orchards of apple and pear trees, Borgloon produces the typical thick apple-pear syrup of the region. Among its orchards and surrounding fields Borgloon houses several large-scale installation artworks that have moulded themselves to fit within the rural setting.

Dinant, located in the Walloon province of Namur is set on the Meuse river which runs for 925 km through France, Belgium and the Netherlands. If you ever wondered where Adolphe Sax, the inventor of the saxophone, was born, then this is the place to visit. Dinant is marked by its citadel set strategically on top of a tall cliff overlooking the river. The city boasts two regional dishes, the quiche-like flamiche and the hardest cookie you will surely ever try, the Couques de Dinant made of honey and flour and pressed with various textures in the shapes of animals or scenes of the city itself. 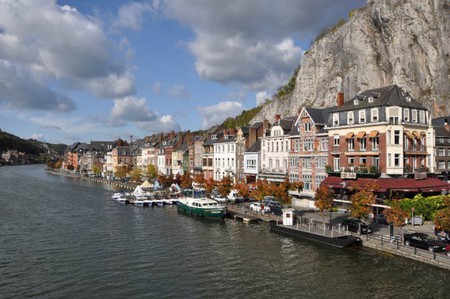 Claimed by locals to be the smallest city in the world, Durbuy has maintained its city status since the 14th century. The picturesque nature of Durbuy doesn’t stop at its surrounding green hills, it also has a 9th century castle and a river running along its edge. Besides spending your time strolling through Durbuy’s winding cobblestone streets, you could also kayak down the Ourthe river and visit its topiary garden which features sculpted plants in the shapes of people and animals, some of which are more than 100 years old. 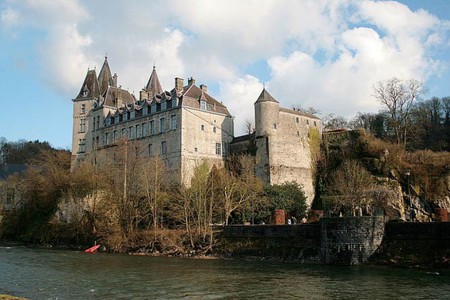 Among Belgium’s eastern countryside, where the low hills are rolling and cows and sheep are grazing, where even a wild deer or two can be spotted, is the town of Herve. The rural landscape is what makes this place remarkably beautiful, and standing at the top of one of the hills you can have an outstanding view of of life far away from the city. Herve is best known for its creamy and pungent yellow soft cheese which is often added to soups to enrich their flavor, or simply placed on a slice of fresh or toasted bread. 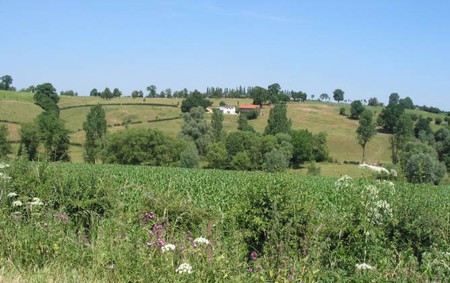 With its charming spires and Medieval castle ruins, it’s no wonder that La Roche-en-Ardenne is one of the most visited towns in the Belgian Ardennes. Settlements from Neolithic times have been found at La Roche, as well as a Celtic archaeological site dating back to between 850-520 BCE. For centuries La Roche has been producing a liqueur made from blackthorn fruit, honey and gin. Just a few kilometers north of the town you can visit the natural caves of Hotton which take you 75 meters underground into the deepest of the Ardennes’ cave systems. 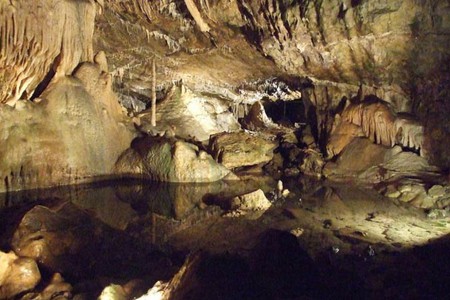 Leuven is home to one of the oldest European universities, founded in 1425. Now a vibrant student city, the university and the town are almost synonymous as faculties are spread throughout, functioning as one large campus. At its center is the library, established in 1636 and having been heavily affected by the two world wars, now stands restored to its neo-Renaissance style. A sculpture by controversial artist Jan Fabre of a beetle stuck at the tip of a steel needle stands directly in front of the library posing a juxtaposition between the style of the library and the contemporary artwork. Going hand in hand with student life, Stella Artois beer originated and is still manufactured in Leuven. 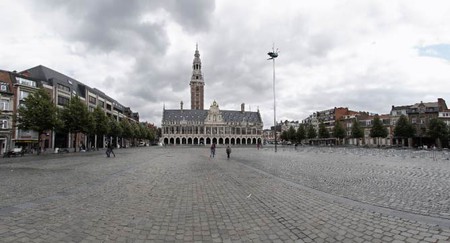 Mons was the European Capital of Culture for 2015. One of its main exhibitions, Van Gogh in the Borinage featured the early works of the artist at the moment when he decided to change careers from preacher to painter. The works depict scenes from the coal-mining area of the Borinage, near Mons. As its names suggests, Mons is a hilly town and is rather quiet except for its accents of vibrant cultural life. Besides the changing program of exhibitions and events, you can feast your eyes on the recently built convention center designed by the renowned architect Daniel Libeskind. 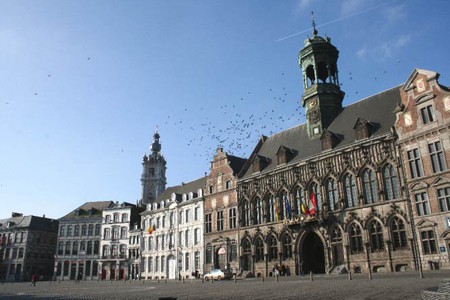 Ostend offers a unique gateway in Belgium to the sight and smell of the North Sea. Its long coast line and sandy beach, despite it being strung with a wall of apartment buildings each fighting to get even the smallest view of the sea, offers a relief from the more common sight of the countryside meadows and forests. Ostend was home to the expressionist painter James Ensor and the city was the object of such works as Baths of Ostend (1890) and Rooftops of Ostend (1898). The former work is still representative of the crowds that rush to the beach even today to enjoy the seaside when the weather permits. 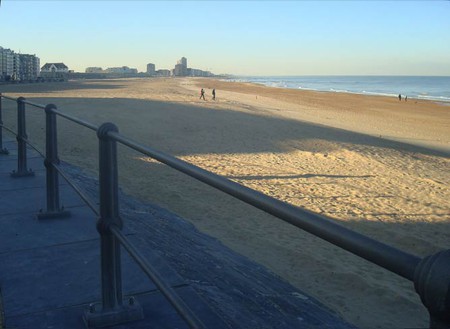 Although entirely inland, Spa is known as a water city. That’s because it has natural water sources and hot springs, which are believed to have healing properties and have been drawing visitors to the town since the 16th century. Activities in Spa are largely centered on the water springs and resorts. The town itself is romantic and typical of the Ardennes area in which it is situated, surrounded by extensive forests, hills and mountains. 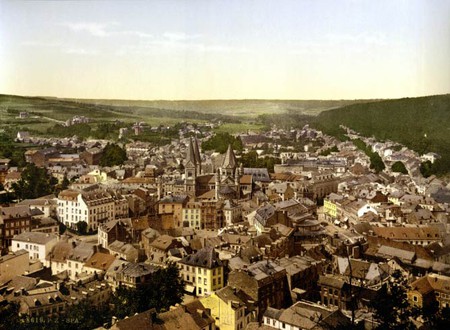 Serving as the setting for some of the worst battles between the Germans and the Allied forces during World War I, Ypres is a rural town with a huge history that can still be seen in its landscape today. While there, you can visit the Flanders Fields museum and a great number of WWI sites and cemeteries on foot or by bike. Historically, Ypres played a major part in the textile industry during the middle ages and even had a market for its textiles in Russia. Its significant Cloth Hall still stands, now functioning as the Flanders Fields museum. 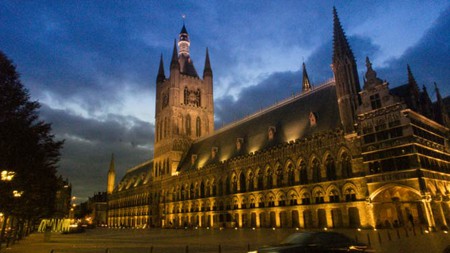