Belgium's 10 Best Contemporary Artists and Where to Find Them

Art lovers may associate Belgium with the pioneering Flemish paintings of the 15th, 16th and 17th centuries, but the country also contributes a huge amount to contemporary art. From distinguished painters such as Michaël Borremans, Luc Tuyman, Hans Op de Beeck and many more, visitors to Belgium this year have world-class exhibitions to look forward to. We take a closer look at Belgium’s ten best contemporary artists and where to see their work.

University, Museum, Art Gallery
Facebook
Email
Twitter
Pinterest
Copy link
Share
Luc Tuymans is a huge name in Belgian contemporary art and consistently one of the country’s top sellers. A winner of several awards, including the Belgian government’s prestigious distinction, Commander of the Order of Leopold, he is revered for his numerous series of oil paintings in subdued colours. These deal with controversial historical, political and philosophical themes such as the Holocaust (notably in his 1986 masterpiece ‘Gas Chamber’), Belgium’s colonisation of the Congo, and our attitudes towards the human body. Born in 1958 in Antwerp, he is a very highly qualified artist, having studied at two art schools and achieved an honorary doctorate from the University of Antwerp. He was ‘discovered’ during the early 1990s, when painting was going through an unpopular phase, and is widely thought to have been a key figure in making it fashionable again.

Born in 1963 in Geraardebergen, East Flanders, Michaël Borremans studied photography and taught art in Ghent before his discovery of a love for painting and friendship with painter Jan Van Imschoot helped him break through as a professional artist. Nowadays he is famous for his unnerving, otherworldly oil paintings and slow-moving collections of film images. These tend to focus on figures or body parts whose almost lifelike air is subverted by unexpected features, such as the strange, shiny colouring that inexplicably covers the hands below. He also produces eerie landscapes. Since his first major solo exhibition in 2002 at the Zeno X Gallery in Antwerp (a gallery with whom he still maintains a strong association), Borremans’ reputation has spread with amazing rapidity; his work has been shown in over 10 countries as well as at several top venues in his native Belgium. He still lives and works in Ghent. 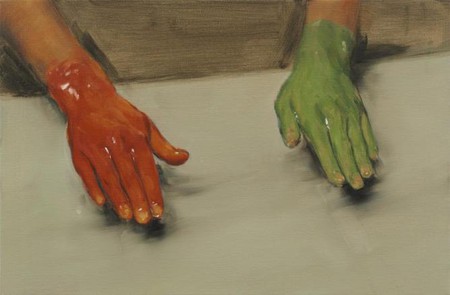 Museum, Art Gallery
Facebook
Email
Twitter
Pinterest
Copy link
Share
Jef Geys is an artist who can certainly be called unique. Having captured the attention of art-lovers in Belgium and beyond in 1971 with his bizarre written proposal to blow up Antwerp’s KMSKA (Koninklijk Museum voor Schone Kunsten/’Royal Museum of Fine Arts’) at the end of his exhibition there, which was sent in a letter to Belgium’s Minister of Culture, his various projects have continued to fascinate and surprise. His aim is to produce a comprehensive catalogue of the daily life he sees around him, through photos, films and paintings of ordinary objects such as packets of flower seeds or security cameras. He marks each of his exhibitions by hand-distributing copies of his own newspaper, Kempens Informatieblad (‘Campine Information Sheet’) in the area around the relevant galleries. He bought this paper from authorities in Campine/Kempen (a Belgian town) in 1971 and it has since become a mark of his ethos and style. Born in 1934 in Leopoldsburg, this respected Belgian artist has always eschewed fame and questioned the status of art, but his many admirers follow his work eagerly nonetheless.

Also represented by Antwerp’s esteemed Galerie Jamar, Pierre Alechinsky is one of Belgium’s most established and highly regarded painters. Born in 1927 in Brussels, he has lived and worked in France since the age of 24 but maintains a strong connection with his native country, as is illustrated by the fact that his work can be found in several of its best large venues including SMAK and the Musée Royal des Beaux-Arts (‘Royal Museum of Fine Arts’) in Brussels. His paintings tend to be abstract in style, drawing on Tachist and expressionist influences. He was introduced to these through his membership of the well-known European avant-garde art group CoBrA in the 1950s. Alongside painting, he has produced a film about one of his major personal interests, Japanese Calligraphy (1955), taught at several art schools and even provided a design for a Belgian stamp. His work continues to attract a lot of financial interest.

Born in 1956 in Saint-Trond, in the Limburg region of Flanders, Michel François is a well-established artist who works with a wide range of media. He has been a sculptor, painter, printer of posters and newspapers, film director and photographer during the course of his long career. His creations are particularly remarkable for their novel use of traditional materials; the bronze sculptures in the Instant Gratification series (2011-12), for example, are not the solid figures or shapes one might be tempted to imagine but delicate, snowflake-like structures achieved by splashing molten bronze on to a cold floor. He is also noted for his simplicity of approach, as illustrated in the sculpture below. His thematic interests are centred around the state of modern society. Having been selected alongside Ann Veronica Janssens to represent Belgium at the Venice Biennale (a very highly respected cultural institution) in 1999, he enjoys an excellent reputation both in his native country and abroad.

Another artist who prefers to work in monochrome, the photographer Dirk Braeckman has exhibited his thought-provoking pictures on three continents (Europe, Asia and North America). Early in his career, he focussed on portraits and self-portraits and developed an admirable reputation in this field, even being commissioned to portray Belgium’s King Albert II and Queen Paola in 2003. However, it is no secret Braeckman also painted during his studies. Photography, to him, is a tool rather than a goal in itself. Depicting impersonal subjects such as empty rooms, furniture or isolated body parts, his work remains highly subjective and autobiographical. The resulting life-sized series of pale-grey snapshots have fascinated art-lovers around the world with their minute level of detail and mysterious aura. He transcends by creating unique images; even so by appropriating his own oeuvre or existing works of art. And indeed some of these photos, notably C.O.-I.S.L.-94 (1994), have proved very popular indeed. Born in 1958 in Eeklo, East Flanders, he now lives and works in Ghent. 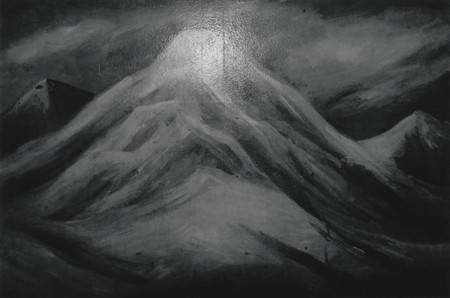 This Brussels-based mother-and-daughter duo, consisting of Marilène Coolens (born in 1953) and Lisa de Boeck (born in 1985), have worked under the name Memymom since 2004, but their artistic collaboration actually goes back to when Lisa was five. That was when they began their renowned portfolio of analogue photographs, The Umbilical Vein. The pictures depict the young Lisa in disconcertingly adult poses; she is shown wearing make-up and designer clothes, reading women’s magazines, sometimes in underwear or wrapped in a towel. To achieve the images, the self-taught Marilène encouraged Lisa to play ‘dress-up’ while she manipulated the camera. The duo have never confirmed whether this started as a game and grew in seriousness and scope, or whether it was conceived as a comment on the pressure today’s girls are under to look mature and attractive. In any case, they continue to produce striking photos of themselves, still suggesting themes of femininity and personal appearance.

Another very versatile artist who has produced photographs, paintings, drawings, sculptures, installations, videos and even literature (he is currently writing a play for Schauspiel Frankfurt), 1969-born Hans Op de Beeck has been working prolifically from his Brussels studio for over ten years. He is highly flexible in approach, producing works of all sizes and styles that aim to represent, as he puts it, ‘our laborious and problematic relationship with time, space and each other’. These have won him numerous awards, including the sought-after Prix Jeune Peinture Belge 2001 (‘Young Belgian Painters Award 2001’) and Prix Eugène Baie 2003-2005. His current interests lie in exploring the boundary between fiction and reality in our daily lives; he likes to refer to his works as ‘proposals’, or fictional suggestions that leave the viewer to decide how to relate them to the real world.

Ann Veronica’s Janssens‘ deceptively simple sculptures, videos and installations belie a serious commitment to exploring the way we experience architecture and our understanding of the spaces in which we live. Particularly known for her use of lighting effects and artificial mist, she creates intriguing spaces in which visitors find themselves immersed in an alternate reality, which they must sometimes simply wander through (as in Blue, red and yellow, 2001), and at other times interact with actively – perhaps most famously when she lent passers-by gleaming aluminium bicycles to try out in her 2001 Berlin exhibition, Bikes. Although born in Folkestone, UK, in 1956, she has spent her entire artistic career working from Brussels. She identifies closely with Belgium as a country, having represented it at several international exhibitions, including the Venice Biennale in 1999, the Sydney Biennale in 2012 and St.Petersburg’s Manifesta 10 in June-October 2014

A poet and philosopher as well as a visual artist, Thierry de Cordier explores themes of identity and isolation in his work. His monochrome drawings, paintings and sculptures reflect the solitary existence he chose to lead as a young man, depicting turbulent landscapes and seascapes as well as occasional mysterious visions (for example in Grand Nada, 2007-2012). He was born in Ronse, East Flanders, in 1954 but now works in Ostend, producing regular exhibitions as well as representing Belgium abroad at institutions as prestigious as the Venice Biennale (1997 and 2013) and the Centre Pompidou in Paris (2007). He is also known for his Kapel van het Niets (‘Chapel of Nothing’), an innovative building he created in 2007 in the gardens of the Saint-Norbertus psychiatric hospital, Duffel, as a space for patients to meditate and relax.