Belgium: A Brief History Of How It All Began 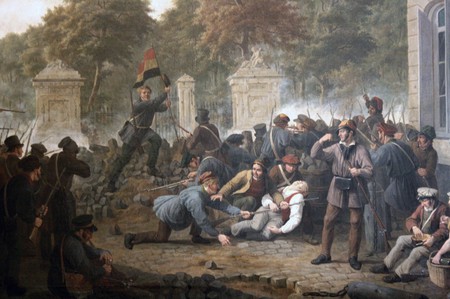 Nowadays when people talk about Belgium, the first thoughts that come to their mind are Bruges, chocolate, waffles, fries, beer, and Brussels as the center of the EU. While these stereotypes are well-known around the world, few are familiar with the history of Belgium and the origins of its name. We present to you a brief look into Belgium’s history and the events that shaped its cultural identity as a nation and people.

Origins of the name:

It is believed that Belgium derives its name from the Belgae tribes which lived in the northern part of what was then Gaul around the third century BC. But what does Belgae stand for and where did these tribes come from? According to linguistic experts, the name has its roots from the proto-celtic words ‘belg’ and ‘bolg,’ which mean to swell with anger.

What about their origin?

As far as origin is concerned, there were huge debates among scholars, historians and researchers on whether Belgaes were really Celtic, Germanic or mixed tribes. Interestingly, some sources suggest that Belgaes themselves were also not sure to which group they belonged. When Julius Caesar conquered their lands, he observed that their language and traditions were quite different from those of the other tribes in Gaul. During his conquests, Caesar drew his attention particularly on the Belgaes.

Why were the Belgaes so unique?

Of all the tribes in Gaul, they were described as the bravest of them all, and this belief was supported by the fact that they were the hardest to conquer. Caesar faced a strong resistance and it took him four years until he finally conquered the Belgae tribes in 53 BC. Moreover, during Roman times, Belgaes could not accept the fact that their lands were part of the Empire and revolted. Their leader Ambiorix was in charge of a revolt, but was eventually defeated 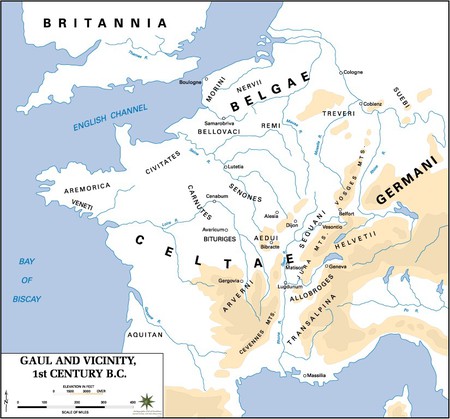 What happened to these lands after the Roman period?

After the fall of the Roman Empire and the beginning of the Middle Ages, the territories which presently form Belgium became part of the Holy Roman Empire and would remain as such until the 11th and 12th centuries. The influence and control of the Holy Roman Empire over these territories would gradually decrease over the centuries. As a result, these lands were left isolated and the lack of protection was a good opportunity for the English and French to take control over the region.

Over the centuries these territories were divided into small feudal states. The most famous ones that emerged were the counties of Flanders and Hainaut, Duchies of Limburg and Brabant and the Prince-Bishopric of Liege. Of all these feudal states the wealthiest was the County of Flanders. The region became a center of trade and where English wool was imported and converted into fine cloth. The wealth of the region led to the emergence of cities such as Bruges, Gent and Ypres. Until the 19th century, the territories of present-day Belgium were controlled by French, Dutch and Spanish and would remain until a series of events which would led to the creation of the Belgian state. 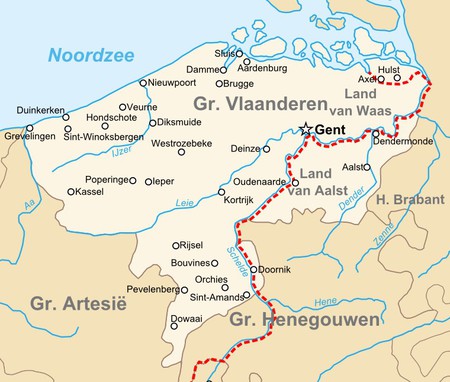 The Vienna Congress: Beginning for Belgium?

The year 1815 was without doubt of significant importance. Following Napoleon’s defeat in Waterloo, the victorious powers of Britain, Austria, Prussia and Russia met in Vienna to redistribute influence and negotiate the jurisdiction of territories for years to come. One of the most significant decisions was the creation of the United Kingdom of Netherlands. The main idea was to create a state which would serve as a buffer territory against any future French intervention. During the Vienna Congress, the creation of a Belgian state was suggested, but this option did not get enough support. Instead it was decided that territories which were once part of France should be now attached to the United Kingdom of Netherlands. 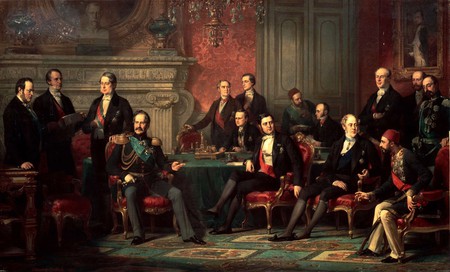 Did it really work?

This was not really the best decision as it caused problems which would create a period of unrest and what would eventually lead to the Belgian Revolution 15 years later. The United Kingdom of Netherlands was hugely divided due to the fact that people in the north were mainly Protestant, while individuals in the south were Catholic. Further, there was also a linguistic division between the Walloons, whose language is French, as opposed to the Flemish, whose mother tongue is Dutch. In the years to come this linguistic division will be one of the main reasons for unrest in the southern provinces.

The Dutch king Willem I favored the Protestants and thus he became unpopular in the south. Moreover, the people in the south of the Kingdom were believed to be less represented. Willem even tried to make Dutch the universal language, but in turn he faced a serious opposition from the French-speaking communities. The order which was established by the Dutch dominance was clearly unacceptable for the southern communities and this led to the beginning of the Belgian revolution. 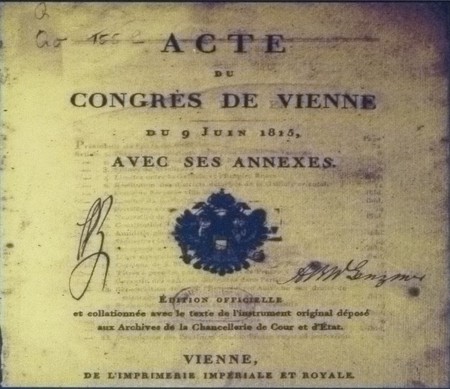 The Revolution and its consequences:

On 25 August 1830, the Dutch king Willem I was celebrating the 15th year of his reign. As part of his celebrations, he attended the Auber’s opera La Muette de Portici at the Brussels opera house; interestingly, the same opera influenced nationalist movements during the revolution in France, which took place a month earlier with many patriotic disturbances. It was for this reason the opera was initially banned, but subsequently lifted for its premiere on the 25th of August.

During the performance, there were many patriotic posters inside the opera that called for a revolution. From the moment when the second act begun with the duet ‘Amour sacré de la patrie,’ an uprising began among the attendees and the revolt quickly moved to the streets of Brussels. The inspiration for a revolution began to pick up pace in other cities; and the people’s demands were simple – independence and an end to the Dutch dominance. The Belgian Revolution was a moment which not only was of huge importance for Belgium, but it also shaped the rest of Europe, and created a new country.

The Creation of Belgium:

Following these events, the great powers from the Vienna Congress gathered once again in London on 20 December 1830. This time they had no choice but to recognize the success of the Belgian revolution and to guarantee its independence. However, the powers insisted that the future king should come from the Saxe-Coburg dynasty. Why was that” The reason is simple – avoid any French interests in the future Belgian territories. That is why Leopold I of Saxe-Coburg was invited to become the first King of Belgium and his inauguration was on 21 July 1831. The date of his inauguration became the national day of Belgium. Since then the Dutch and French speaking communities have their own country and king, and sealed the year 1831 as the true beginning for modern day Belgium.