An LGBTQ Guide to Brussels, Belgium 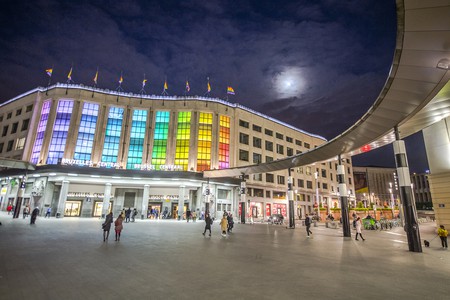 Brussels is an open, progressive city and isn’t short of gay-friendly bars, cafés and events | © Eric Danhier / Courtesy of visit.brussels

As the second country in the world (after the Netherlands) to legalise same-sex marriage, and a true advocate of the LGBTQ community in Europe, Belgium had to have a capital that reflected its progressive values. While Brussels’s gay district is small, it occupies a spot right in the heart of the heart-shaped city, where there’s always a gay-friendly hang-out or open-minded party. 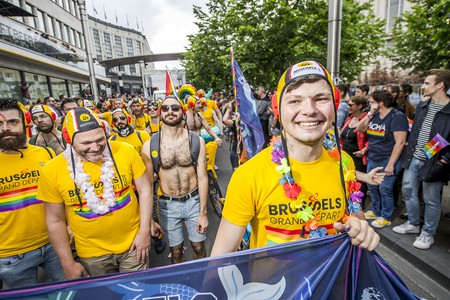 Belgium was the second country in the EU to legalise same-sex marriage | © Eric Danhier / Courtesy of visit.brussels

Where to kick back with a drink

This corner café on Rue du Marché au Charbon, the core of the Brussels gay district, is something special. Its large terrace on a smattering of car-free roads combined with a nearby babbling fountain brings together a bohemian, mixed clientele in search of an urban oasis. Le Fontainas has captured the hearts of many a Bruxellois – be they gay, straight, bisexual or unwilling to wear a label – with its slightly shabby ’70s decor, relaxed self-service and tasteful electronic DJ sets. It’s an especially lovely spot for a Sunday coffee, a daytime date or a chat with friends.

Bar, Cafe, European, Vegetarian, Vegan, $$$
Facebook
Email
Twitter
Pinterest
Copy link
Share
Map View
Much like Le Fontainas, Le Dillens is a place where things are good morning, noon and night. Though it’s not a gay bar or a part of the gay district, the colour that this café-bistro has brought to an unassuming Saint-Gilles square and its famed weekend brunches have made it a favourite among the local lesbian community. The stretched-out opening hours make it somewhere to enjoy coffee and a newspaper, as well as dinner and a pre-party before venturing out into the night. During the day, the place feels like a spacious second living room, relaxed and cosy, with international papers in several languages strewn about to accommodate an immigrant’s or traveller’s current affair needs.
Open In Google Maps
11 Place Julien Dillens, Saint-Gilles, Bruxelles, 1060, Belgium
+3225383136
Visit Website
Visit Facebook page
Give us feedback

Behind a great deal of Brussels’s LGBTQ-oriented activities is the team of RainbowHouse. In addition to the Lesborama* film festival, art exhibitions, debates and readings, the community centre regularly hosts mixers and parties in its bar. The staff know gay Brussels like the back of their hands, meaning there’s no better place to find out about the goings-on or glean pro tips for galavanting around the heart of Europe.

Bar, Gay Bar, Pub Grub, Belgian
Facebook
Email
Twitter
Pinterest
Copy link
Share
Map View
A gay institution that’s been around since the ’80s, Le Belgica carries a nostalgic touch. The decor doesn’t seem to have changed in a couple of decades, but its outdated look only adds to the charm of the small and jovial Thursday-to-Sunday bar where gay men and usually a couple of straight guests start their night dancing to electronic DJ sets. It’s a warm party nest that’s a must-visit during the Pride Parade – which, incidentally, is an excellent opportunity to try out its eponymous signature juniper-and-lemon shot. Add beer, and you’ve got yourself a sous-marin (submarine), a peculiar but beloved concoction.
Open In Google Maps
32 au Charbon, Brussel, Brussels Hoofdstedelijk Gewest, 1000, Belgium
Give us feedback 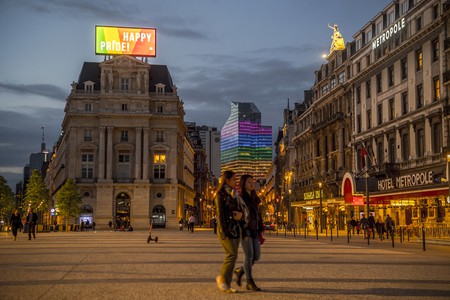 The Belgian capital is a city that reflects the country’s values | © Eric Danhier / Courtesy of visit.brussels

Where a party can always be found

If there’s a place in Brussels where a diva can enjoy herself, it’s at Chez Maman. Glittering shows performed on the bar counter by Maman and her glamorous posse are the order of the day at this iconic drag café and cabaret where you knock to enter.

Widely known as one of the most popular gay dance parties in Europe, La Demence is a monthly, pull-out-all-the-stops night at techno temple Fuse – one that LGBTQ partygoers cross borders to attend. Three floors are in use: one as a dark room and the other two as the dance floors where like-minded gay guys give the best of themselves to disco and dance music until seven in the morning.

Nightclub, Cocktails, $$$
Facebook
Email
Twitter
Pinterest
Copy link
Share
Map View
You Night Club is where Brussels’s late teens and early twenty-somethings head for a late party, and Sunday nights are traditionally reserved for the gay community to live it up. While fashionable young guys flock to these nights, there’s usually a pack of female friends enjoying their evening just as much.
Open In Google Maps
18 Rue Duquesnoy, Bruxelles, Bruxelles, 1000, Belgium
+32477750750
Visit Website
Give us feedback 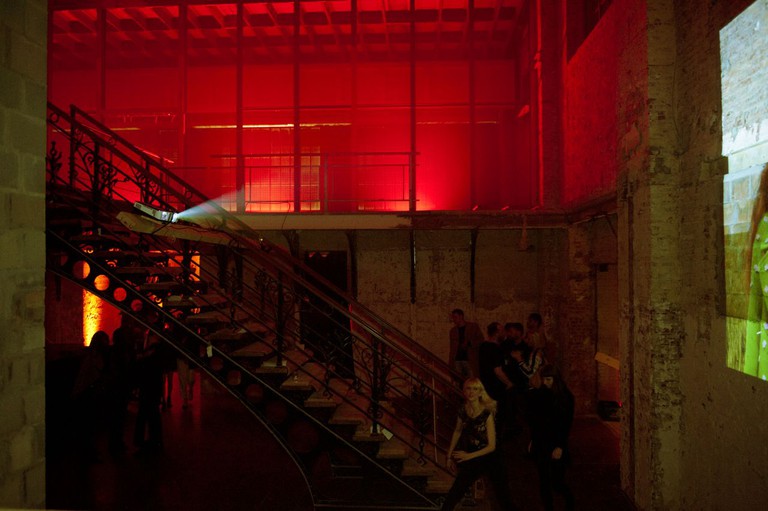 Billed as “a party for cats of all breeds”, Catclub nights happen sporadically and tend to location-hop among unexpected venues, such as the old casino by Central Station. Catchy electronics and a boisterous crowd are guaranteed, though, and for once, the gay-friendly frolicking isn’t only for tomcats. When organiser Lady Jane says everyone’s welcome, she means it, and if you’re lucky, you might catch her spinning records at Le Fontainas on one Friday evening or another. Check Catclub’s Facebook page for upcoming events and locations.

Open In Google Maps
Brussels, Belgium
Give us feedback

Where to let your rainbow flag fly

Brussels is known to lure up to 100,000 revellers to the heart of Europe to celebrate Pride in one giant explosion of diversity and loving extravagance. Flashy floats, extravagant outfits and gay-friendly parties abound during the Pride parade, the culmination of two weeks of springtime cultural events when the LGBTQ community gets its time in the sun as well as shines a spotlight on a theme near to its heart every year in May. 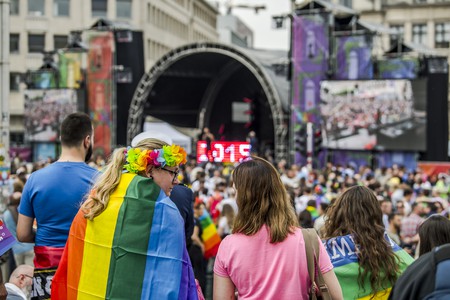 The Brussels Pride Parade is a culmination of two weeks of celebration and attracts over 100,000 revellers | © Eric Danhier / Courtesy of visit.brussels
Give us feedback