An Art Lover’s Guide to Brussels in 24 Hours

“Everyone is entitled to 24 hours of freedom per day,” a scribbling from René Magritte’s surrealist posse informs one on the walls of a famed Brussels artist haunt. And what better way to spend your waking hours in the heart of Europe than dwelling freely in the world of arts? Here, Culture Trip offers some suggestions on how to spend an art-themed day in the Belgian capital.

Brussels has lots of artists to thank for its status as a haven of surrealism, but the Belgian name that will forever conjure up faceless, bowler-hatted figures and pipes that aren’t pipes in the mind of the art admirer is René Magritte, who was born and raised in the capital. The city has dedicated the renovated neoclassical Altenloh Hotel to showcasing over 200 pieces by its premier surrealist champion, the largest collection of Magritte paintings in the world. Works like The Treasure, The Return and The Empire of Lights drive home the artist’s fondness for toying with perceptions, and fans harboring a deep Magritte love might consider turning this into a double bill by squeezing in an additional visit to his former modest home in the Jette neighborhood, now a museum dedicated to the lesser-known sides of the surrealist’s life and work. Skip the queue at the main entrance by buying your ticket online and ducking in through Place Royal 1. Make that ticket a combo, and you’ll pay only 13 euros for entry to both the Magritte Museum and the Old Masters. 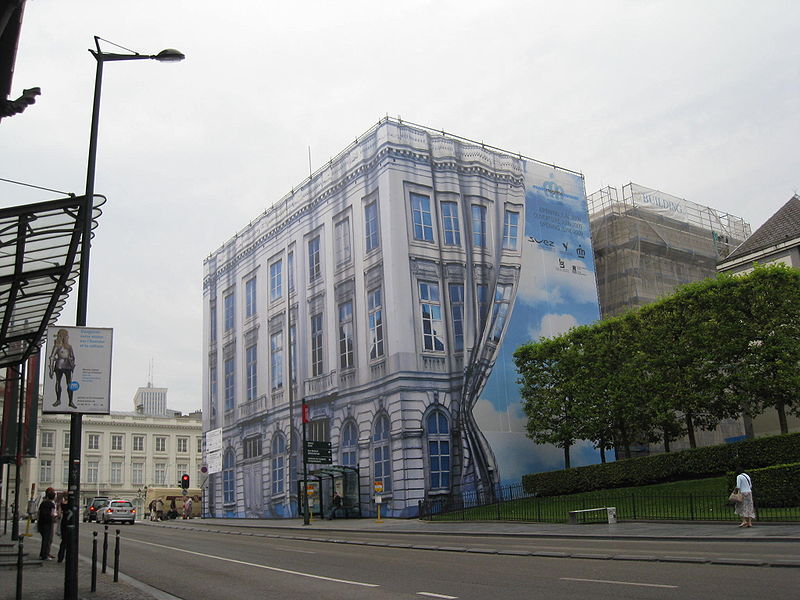 The Magritte Museum in a surrealist wrapping | © Wasily / WikiCommons

From Rubens’ larger-than-life religious canvasses to Pieter Bruegel the Elder’s vibrant parables and snowy landscapes, the Old Masters Museum – the Magritte Museum’s neighbor on the aptly named Mont des Arts – sets forth to illustrate the cultural prestige the old Netherlandish artists brought to the Low Countries. Wandering through its spacious marbled halls and taking in three centuries of painting splendor should leave the art lover in high spirits. 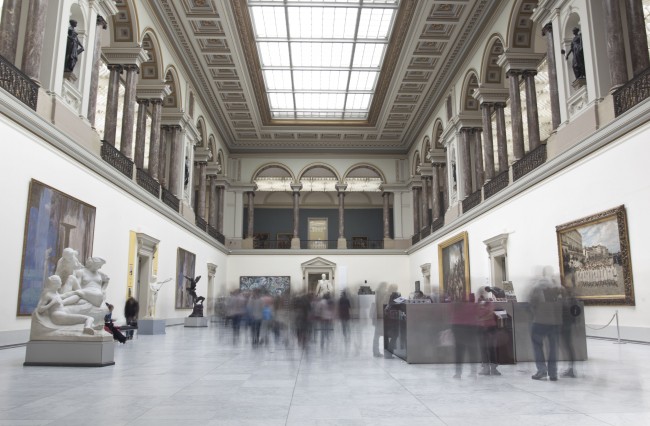 A fresh face intent on shaking up Brussels’ somewhat dusty museum scene (the capital still has no contemporary art museum to speak of), the MIMA, or Millenium Iconoclast Museum of Art, opened in 2016 by handing over its setting in an old industrial brewery, basement and all, to renowned street art creatives such as Swoon and MOMO. The project by the Belgian Alice van den Abeele and her three co-founders on the canalside of the much-discussed Brussels neighborhood of Molenbeek has since received praise for its focus on what they’ve dubbed “Culture 2.0.” By staking out a place for the urban artist, graphic designer, and other subculture creatives, the MIMA rejects their rejection by the traditional fine arts museums and has opened up a whole new, accessible museum-going experience in the capital. 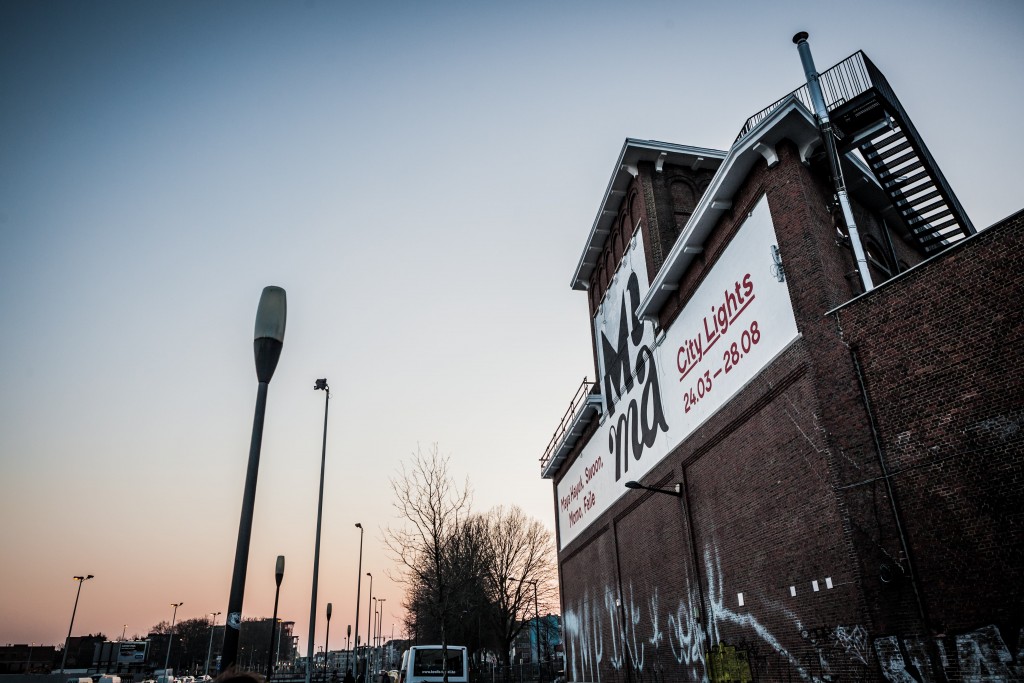 If there’s one artist café to visit during your blitz visit to Brussels, let it be La Fleur en Papier Doré. Once the unofficial headquarters to the Belgian surrealist movement, nothing much has changed inside this kitschy tavern since Magritte, Marcel Lecomte, Louis Scutenaire, and their pals discussed art and life between its bohemian walls. The local specialty brews Gueuze and Kriek are still on offer, the kitchen still whips up a great stoemp (a traditional Brussels pub dish), and the soot-black old stove is still a fixture of the café’s bombastic décor. Its three cozy rooms remain decked out in frames, clippings, and other mementos, including black-and-white photographs of the artist troupe in its heyday. Tip: look out for life pointers from the hands of Brussels’ surrealists scribbled in between the wall paraphernalia. 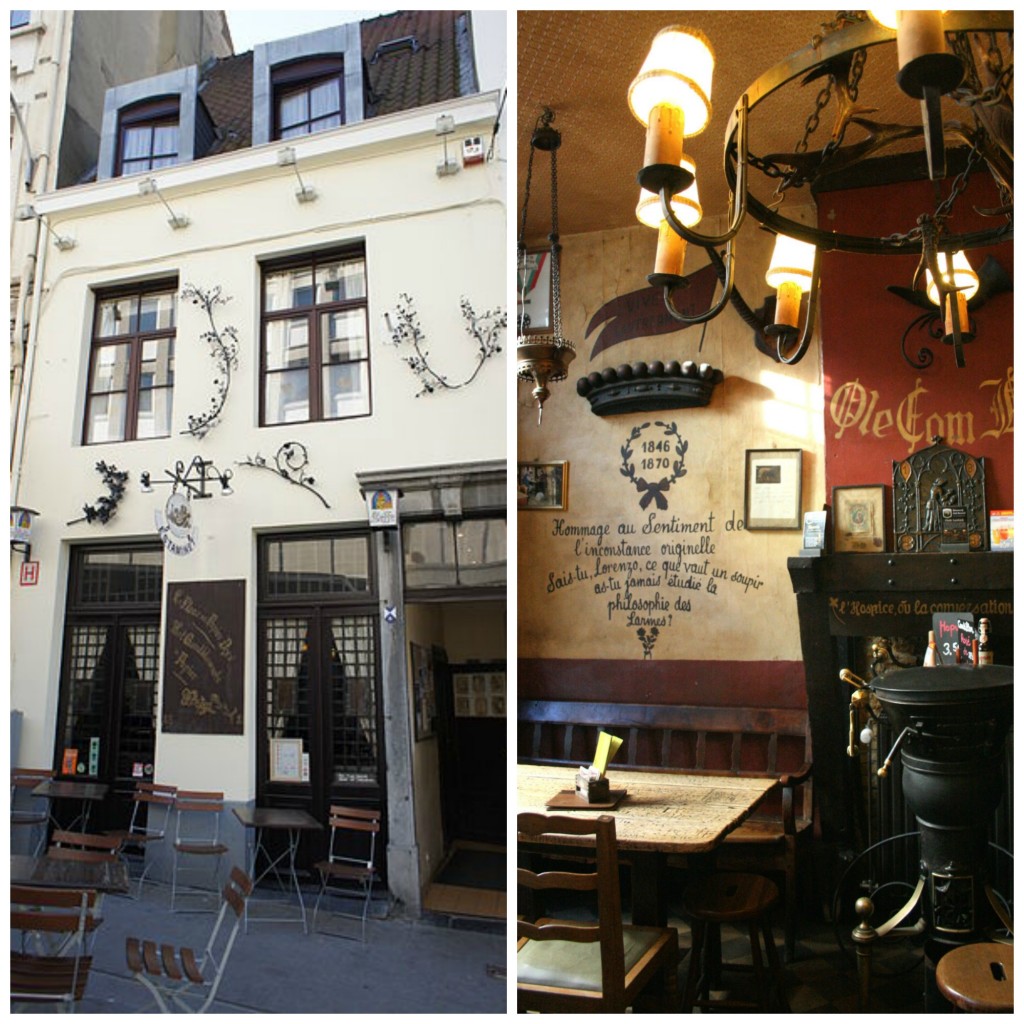 After working up an appetite over Senne valley beers at La Fleur en Papier Doré, head over to the folksy Marolles district for dinner at Au Stekerlapatte. When the classic artist joint had to close its doors in 2005 and once again in 2010, many feared it was the end of the famed bloempanch (a Brussels dish akin to black pudding) and the rest of its beloved traditional Belgian cuisine. Mercifully, the hard-to-spot brasserie has not only reopened, but its Art Nouveau details, stained-glass windows, and original décor remain intact, as well as its scrumptious comfort food.

Being in Brussels for 24 hours without once bumping into one of its cartoon murals would not only be a shame, it would qualify as sheer bad luck. By now, well over 50 eye-catching frescoes are scattered all over the city in dedication to the ninth art. So many of the greatest paper heroes have been born in these streets, and Lucky Luke, The Smurfs, Blake and Mortimer, Marsupilami and others aren’t about to let you forget it. Go on a self-guided walk, or if you find yourself running short on time, prioritize some of these beauties. 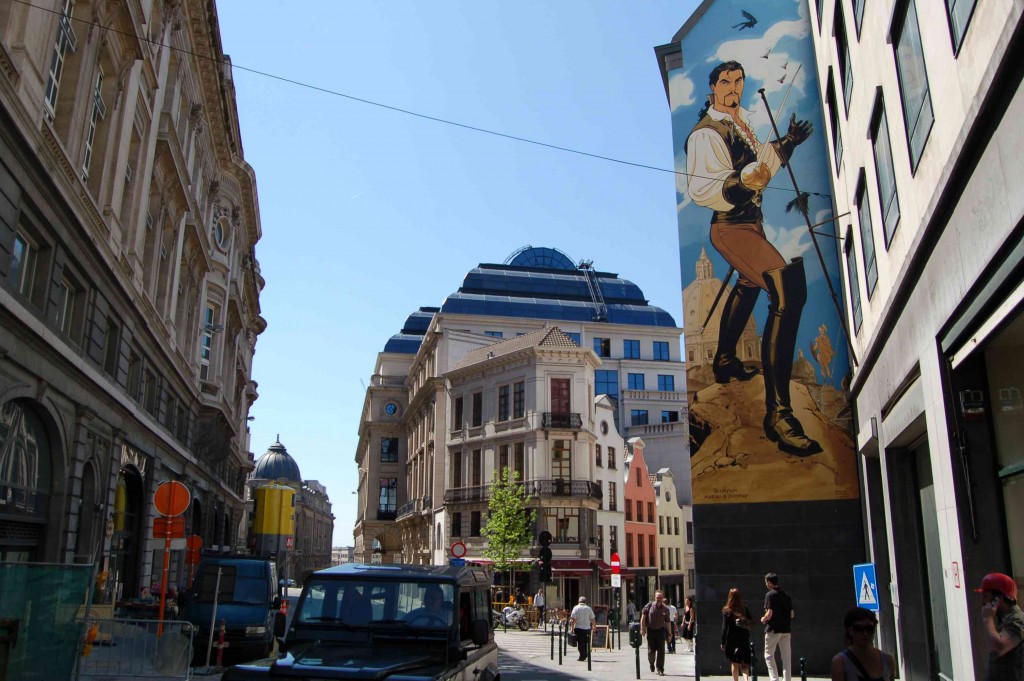 In an impressively repurposed old sanitary warehouse located a bit outside of the historic core, former real-estate tycoon Walter Vanhaerents has been creating exhibitions with his private collection that have sparked worldwide attention. Seen by some as the contemporary art museum that Brussels has been aching for, the family initiative likes to showcase internationally established artists in juxtaposition with unknown emerging talent in an open, concrete space that lends itself to the task splendidly.

A trusted name in the dense, oftentimes chaotic Brussels gallery scene, Xavier Hufkens opened his first gallery as a youngling, at the age of 22. Today, the white-box space in his name is a powerhouse fixture, welcoming contemporary and conceptual greats such as Paul McCarthy and currently, Antony Gormley. 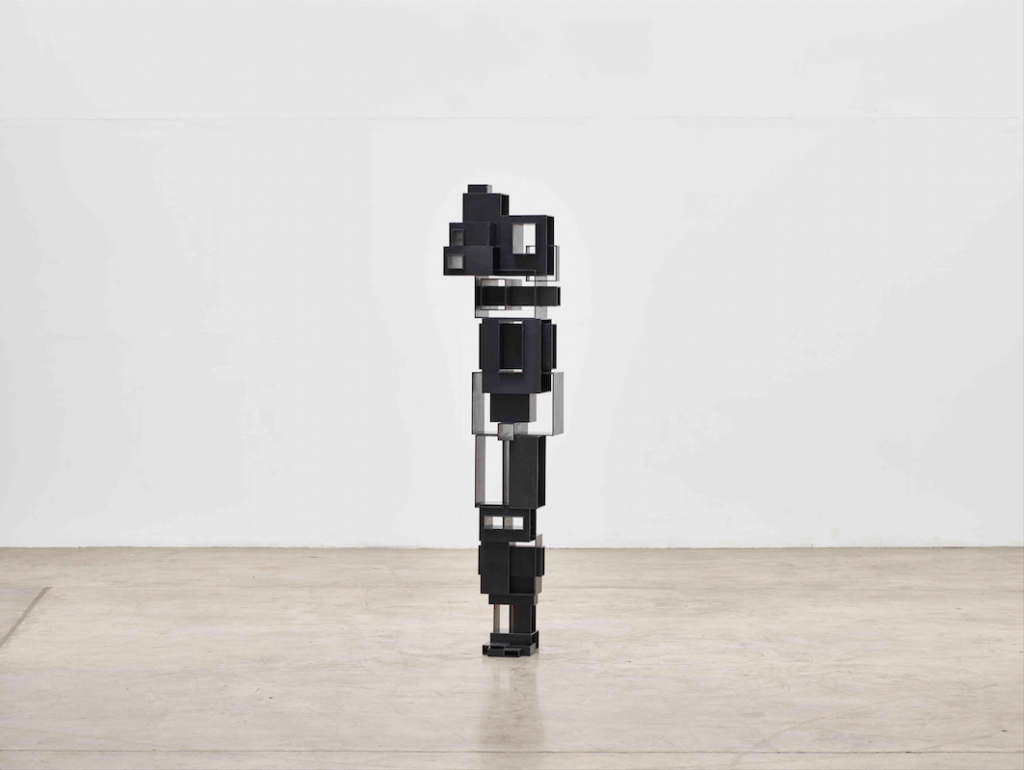