This American-Style Café in Antwerp Is Selling ‘Death Wish’ Coffee

Antwerp’s newest barista haven was baptised after the Lone Star State and has brought a healthy dose of American indulgence along with it. Besides a mouth-watering American-style breakfast, Texas Coffee serves up lattes in chocolate-lined ice cream cones and the world’s strongest cups of joe.

Number 63 on the Volkstraat in popular Antwerp neighbourhood Het Zuid has a surprisingly modest façade, at least to those aware of the splash Texas Coffee made when opening its doors here in the first half of July 2017. Inside, owners Alexander Provoost and Cheeru Mampaey wanted to present the port city’s coffee guzzlers with whole new caffeinated worlds such as the one created by a steaming mug of Death Wish coffee. One cup of this bad boy, all the way from upstate New York, contains 728 milligrams of caffeine (for comparison, a regular cup ranges between 80 to 150 milligrams). You can take the ‘death wish’ quite literally, as drinking too much of it can cause heart palpitations, which is why Texas Coffee sells its supply with a necessary disclaimer for pregnant women and people with a heart condition to refrain. One cup per customer is the policy that should prevent any health risks – or, for that matter, lawsuits from coming the business’ way. 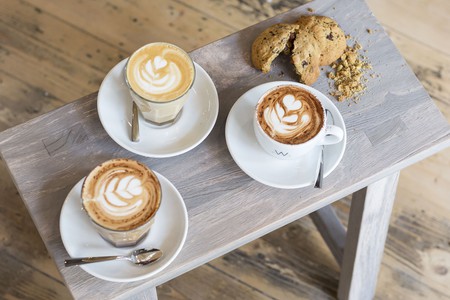 With that being said, Death Wish, though profiling itself as ‘the world’s strongest coffee’, appears to be the weaker of two extreme caffeine options at the place. Biohazard, with over 900 milligrams per cup, takes the cake – and possibly your life if you don’t heed the ‘six cups will kill you’ warning. No need to emphasise that the one-serving rule applies here as well.

The noteworthy brews don’t stop with the insomnia-inducing kind. Texas Coffee also offers the controversial kopi luwak, made from lightly roasted coffee cherries plucked from the faeces of Indonesian civet cats, and Black Ivory, an even more expensive variant with beans that have passed through rescued elephants in Thailand before being cleaned and roasted. The respective price tags for these exclusive drinks are 20 and 60 euros. The latter has no qualms about calling itself ‘the world’s rarest and most expensive coffee’, which is why Texas Coffee can only guarantee a supply of five to six cups each month. It just goes to say: the early bird catches the, eh, elephant-enhanced coffee. 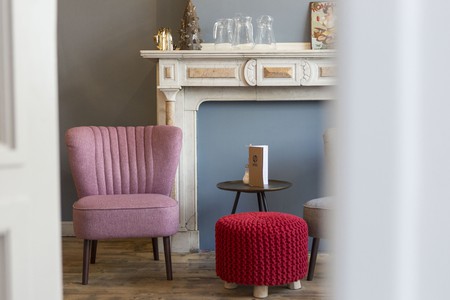 The bar’s homey interior by Rodendijk 18, set for reinvention every six weeks | Courtesy of Texas Coffee

The owners haven’t gone so extreme as to ban any version of the regular black gold from their café – they make their classic espressos, cappuccinos and lattes with single-origin Guatemalan beans from Amsterdam roaster White Label Coffee – but they have picked up on an Instagram-ready hype if we ever saw one. Texas Coffee is the first café in Belgium to serve its barista creations in chocolate-lined cones. They’re perfect for distracted slow drinkers who tend to let their coffee go cold; the hot beverage will melt through your edible cup in about 20 minutes. Alexander and Cheeru have ensured a whopping number of eye-catchers in a city where the opening of another hip new coffee place had become another blip on the radar.

This ‘go big or go home’ approach also applies to the bar’s all-day breakfast formula, an American-style cornucopia of blueberry pancakes, bacon plus peanut butter and jelly sandwiches. Open seven days a week and pairing its indulgent menu with a new interior design every six weeks, Texas Coffee is a serious jolt to the Antwerp barista scene. 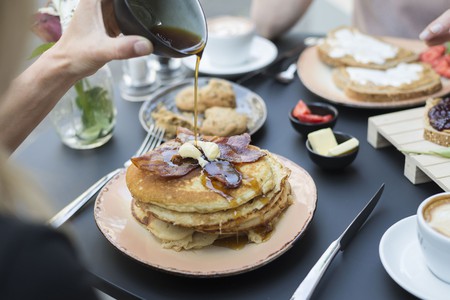 A generous helping of bacon pancakes, one of the café’s many American-style breakfast options | Courtesy of Texas Coffee
Give us feedback