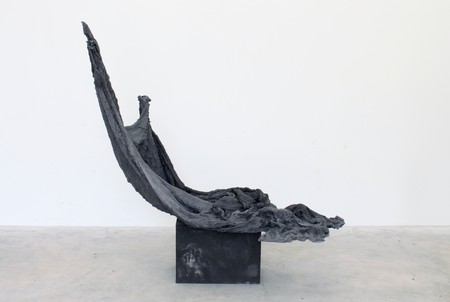 Alexandra Leyre Mein is a Belgian sculptor who has exhibited her work in Belgium, the US, France, and Thailand since 2008. She now lives and works between Brussels and New York. Plaster and hydrostone are her chosen materials, through which she manages to create hybrid creatures whose struggle between movement, stability, emotions and tensions surpasses the physical limit of the sculpture itself. Alexandra’s work is about the human condition and is inspired by the human body and its movements. However, she also incorporates animal and even mineral forms to express contrasting emotions, such as life and death or love and rejection. 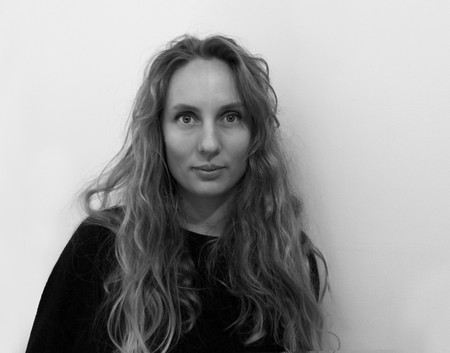 When and why did you decide to take up art?

Since I was a little girl I was fascinated by churches, graveyards and the sculptures populating them. I imagined they would come to life at night.

I started sculpting in 2008 but didn’t follow the usual art school course because I didn’t want to get influenced by the vision of an art school. I studied fashion at the Royal Academy in Antwerp, something more technical but still related to the body. After my graduation in 2004 I worked in fashion, events and then as a costume and set designer. By then, I realized I wanted to sculpt and create my own visual language.

Sculpting is the language that comes to me the most naturally. It gives me a sense of complete freedom while contemplating beauty. It is also a way to come to terms with what surrounds me, the social hardship, interpersonal violence and sometimes just my own emotions. 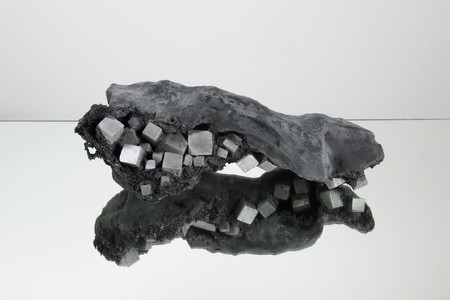 What do you most enjoy about it?

The moments when a certain feeling of abandonment overtakes me, when the material seems to have its own will. There is a tender rawness in the fascination of seeing powder and water becoming a tangible emotion. I feel ecstatic and humble at the same time, when suddenly a perfect form or a specific detail starts to emerge from beneath my hands, as if it was only waiting to be discovered. 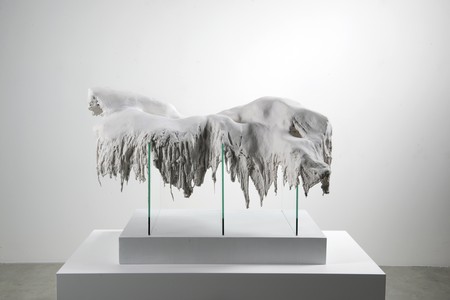 Your works express the struggle between opposite emotions. Is there a specific message you would like to share through them?

I often think of the Bohemian-Austrian novelist Rainer Maria Rilke when I’m asked to explain my work. Rilke was asked what he thought about young poets’ work and he responded: ‘If you can find so many words to describe your poem, why do you write poetry?’

Life is about emotions and is full of struggle and contradictions. I think we can only enjoy it fully if we also accept and see the beauty in the darkest aspects of our being. The unconscious impulses, needs and intellect ultimately guide us towards a socially accepted direction. It is this battle that makes us feel alive.

In some of the works, through their disturbing beauty, I hope that viewers can pause longer to find beauty in less obvious places. We are what we are not only by the good that happens to us, but also by the pain and the fears that shape us. I find the contrasts in ourselves and in our society fascinating, including the differences and contradictions of the human being.

Where do you get your inspiration from for new works of art?

My inspiration is mostly rooted in my own experiences, from people, the way they move, stand and interact. But also from childhood memories, and the loss of my father at 11, which made me observe how the West and the rest of the world deals with loss.

I am inspired by the movements of renaissance sculptures and the mysticism and alchemy of African sculptures — the whirling emotions and defined straight lines of Francis Bacon, the delicate rawness and the sensual portraying of hardship of Camille Claudel. Her role in leading the path for female artists inspired me greatly. The structures in minerals, the bodies of animals and the movement of their muscles are also a source of inspiration. 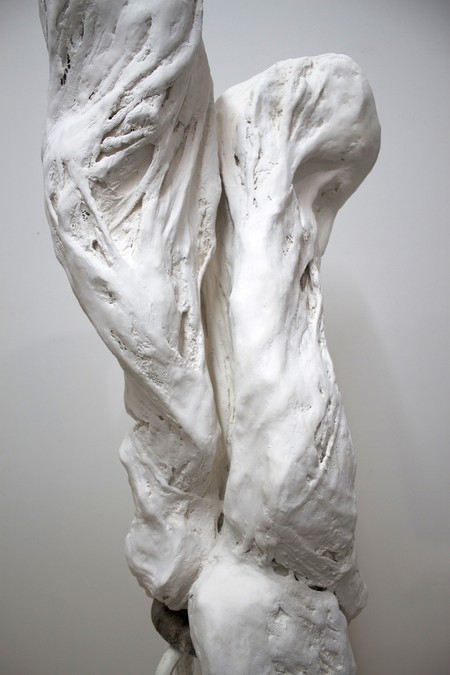 How did plaster become your chosen material?

Plaster (more recently hydrostone) has a working time of five to ten minutes — it gives a direct result and the brain has no time to take over, so it represents the perfect balance between impulse and intellect. Because of its fast setting time, the result often amazes and surprises me. It is almost as if the unconscious is taking form directly through my hands.

Other materials and their origins or meaning are also important to me. Metal, earth, twigs, dust of the studio, sometimes even my own hair, an abandoned stool, a shoe might represent ideal starting materials.

How would you describe your collaborations with choreographers and dancers? Do you believe in the contamination of different forms of art?

I had the amazing opportunity to collaborate with some fantastic choreographers and dancers, such as Damien Jalet. I made a costume with deer antlers for his solo dance performance in 2008, “Venari,” part of “three Spells,” which eventually traveled the world. It had a leading role in the documentary movie The ferryman by Gilles Delmas and Damien Jalet, which will be released soon. The collaborations with dancers and choreographers also expanded my vision as I started to see the dancers as moving sculptures. The body moves and can speak without the use of words.

I can only hope that these two worlds will collaborate more deeply. We both use our body to express emotions without using words I believe that both artistic forms are very old languages with the potential of having a direct impact on the viewer, like echoes towards our collective consciousness.

In general, I believe art should touch our senses both at a visual and intellectual level. I once had an amazing experience with a group of blind people who came to my studio and shared their vision and interpretation of touching the sculptures.

Is there a personal favorite out of your own artworks?

I suppose it is like asking a parent if he has a favorite child. It changes depending on the day, my mood, sometimes they grow on me, sometimes I fall in and out of love with them. As I don’t live with them, I never know them very well. The photographs I have of them change my perception of the works so it might happen that I rediscover them in reality – months or years later, and find them very different.

What are your future plans?

Continuing to sculpt, as it is very clear I can’t live without it. Continuing collaborations with artists from different media and of course, never lose the magic of creation.

On the 18th of February (until the 23rd April) the exhibition “Prememories” will open in the gallery Aeroplastics in Brussels, and some of my recent works will be shown. 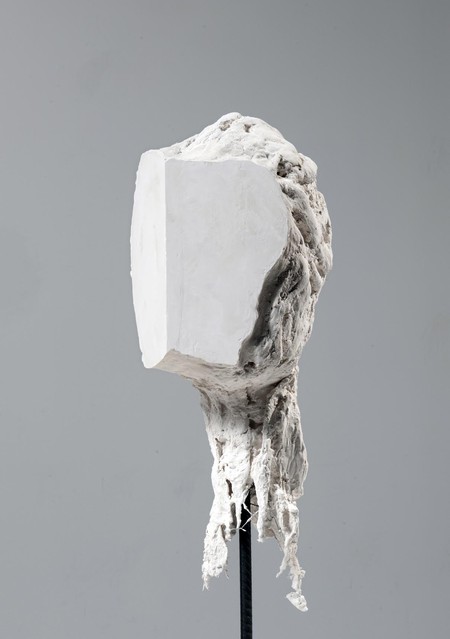