This story has a locked-up princess, elopement, Vikings, and a helpful pope. And best of all – it really happened. Chances are you never heard of Baldwin Iron Arm and his lady-love Judith. Even among Belgians, this story is not well known. Time to set the record straight – here’s the story of Flanders’ first Margrave. 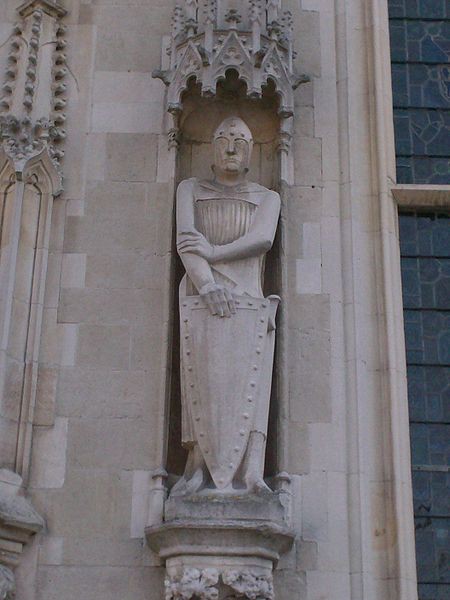 Statue of Baldwin I, Count of Flanders, at the Town hall in Bruges | © Wiki Commons/Zeisterre

There’s little known of Count Baldwin’s life before he became Judith’s husband. It’s not even known for sure where his county was, although it’s speculated he lived in Flanders. How he got his nickname is also unclear. Some argue that it refers to his armor or skill in battle against the Vikings in Flanders. Others think it’s because he “ruled with an iron fist,” and another theory states that he received his nickname after kidnapping the daughter of his king.

After an arranged marriage to the much older King of Wessex (she was 15, while he was about 50) and another arranged marriage to Æthelbald – her former stepson – Princess Judith returned home. Her father, Charles the Bald, King of West Francia, sent her to an abbey in Soissons. Some say that she was actually locked up in a tower there. The just 17-year-old princess was to wait there until her father found another suitable husband for her. But history had other plans.

In 861, Count Baldwin visited the abbey and met Judith. It’s unclear whether Baldwin’s motives were political or romantic, but at Christmas or spring (various sources give different dates) of that year, he kidnapped her from the abbey. Judith didn’t mind being captured, and the couple had help from her brother, Louis the Stammerer. In fact, it’s possible that Judith had a hand in the elopement – written records state that Judith had changed out of her widowing clothes and followed Baldwin freely, “by his instigation and her brother’s consent.”

King Charles the Bald did not take this well and immediately organized search parties to bring Judith home and capture Baldwin. 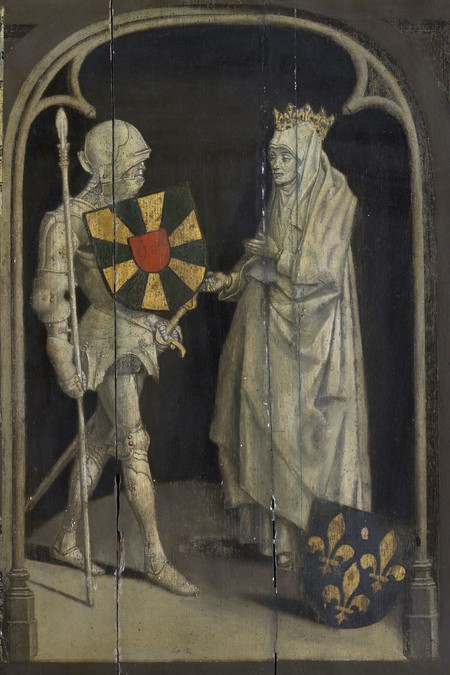 King Charles let Hincmarus, the Archbishop of Reims, excommunicate the couple. Hincmarus was probably all too happy to do so – he had dedicated himself to battle the growing number of sins in Europe. Baldwin especially deserved severe punishment.

The couple fled north, where Baldwin tried to negotiate with the Danish Viking leader Rorik. Fearing that Rorik might actually strike a deal with Baldwin, King Charles the Bald asked Hincmarus to pressure Rorik to not meet Baldwin. The archbishop sent him a letter, warning him not to shelter or protect Baldwin and Judith. In fact, he could not even receive any visits from the excommunicated knight.

Rorik was an intriguing Viking. After having conquered the Dutch city Dorestad, he was accepted as its leader by Emperor Lothair I. He had also converted himself to Christianity. Despite having left his pagan ways behind him and becoming an accepted leader, the archbishops didn’t trust him. Their suspicions turned into reality when Rorik suddenly encouraged the Danes to revolt and pillage Dorestad in 863. 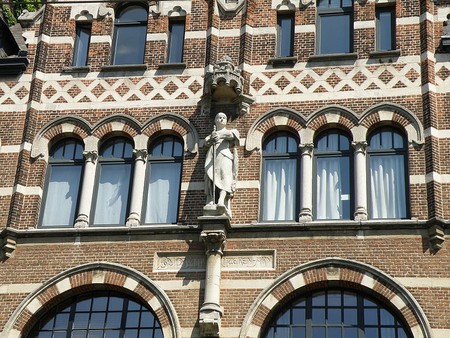 Baldwin and Judith fled to Rome, where they tried to reason with Pope Nicholas I. Surprisingly, the pope chose their side in the argument, kindly sending envoys to King Charles for negotiations. But King Charles and Hincmarus were not easily persuaded.

In the end, the pope reminded King Charles that Count Baldwin might become so desperate he’d leave his liege lord and help Rorik – whose forces were endangering France. Apparently Rorik and Baldwin were on good terms, which didn’t bode well.

The king reluctantly agreed and the couple was legally married on December 13, 862 in Auxerre. King Charles did not attend the wedding. He did give Baldwin the lay abbacy of St. Pieter in Ghent and the counties of Flanders and Waasland. The region was frequently under attack by Vikings, but Baldwin I managed to force them back, presumably earning him the nickname Iron Arm. 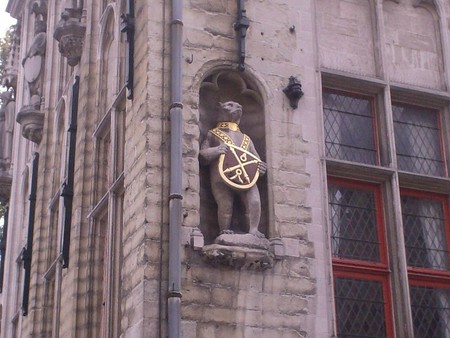 According to legend, Baldwin and Judith encountered an aggressive bear on their way to Bruges. The bear was known for attacking people who left Bruges and was white because it was covered with snow. Of course, the legend also states how Baldwin heroically fought it. As the animal stood on his hind legs, Baldwin impaled it on his lance, with such force that the weapon was stuck on the tree behind the bear.

In Bruges, you can still see a reference to this legendary bear fight: a little statue of a bear, holding a shield, in the walls of the Poortersloge building. The statue is affectionately named Beertje van de Loge (‘Little Bear of the Loge’). The bear can also be seen on Bruges’ coat of arms. 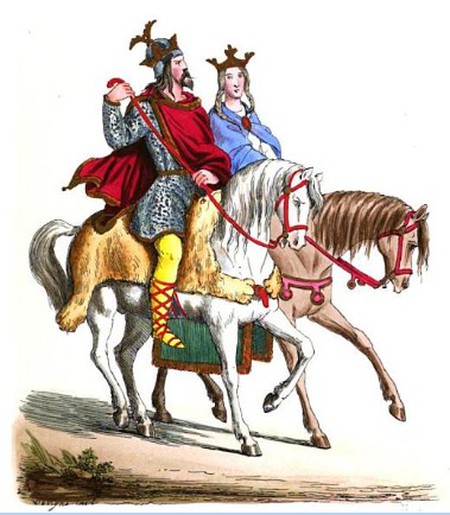 With little reliable accounts on what really happened, it’s hard to say what’s the truth. Some parts of the tale might have intertwined with fairytale elements, like the tower Judith was locked into and the bear that attacked them. We’ll also never know for sure what the relationship between Baldwin and Judith was like. Baldwin’s depictions range from a romantic hero to a heartless kidnapper. Though it’s very probable Judith didn’t mind eloping with him, this is a historic tale that’s open to interpretation.

The results of this historic event are anything but unimportant – it marks the beginning of Flanders as a County. You can decide for yourself whether this founding tale is romantic.