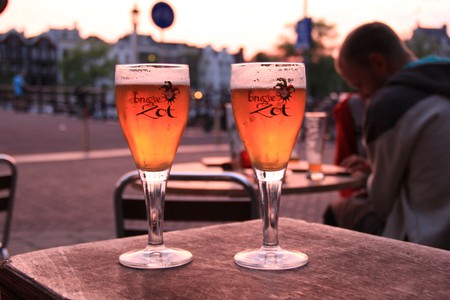 Underneath Bruges’ sleepy exterior and step-gabled houses lies a piece of technical ingenuity unique to the world. Since it refuses to leave its authentic place in the historic city core, a 500-year-old brewery pumps 1,000 gallons of beer underneath its cobbled lanes and winding canals to their bottling factory via an actual beer pipeline.

When city brewery De Halve Maan kept facing the problem of their beer transportation trucks causing traffic jams and general mayhem on the narrow streets of Bruges, the fantastical idea that popped into brewery heir and CEO Xavier Vanneste’s mind was a beer pipeline. After all, if any country were crazy enough about its drafts to turn this literal pipe dream into a reality, it would be beer-guzzling Belgium. The project, brought to life in the late summer of 2016, is two miles (three kilometers) of underground piping that blast a whopping 1,000 gallons of suds every hour. The destination is the brewery’s bottling plant, which will have filled 12,000 bottles by day’s end. 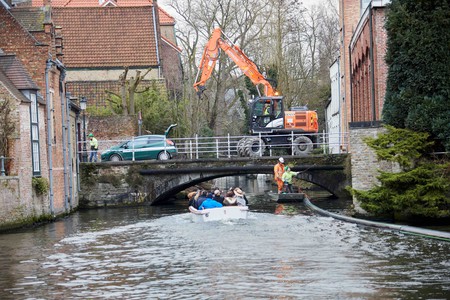 Crucial to the brewers before moving ahead with the undertaking was to make sure their popular blond and brown Brugse Zot (the official city beer) and Straffe Hendrik (an intense, malty quadruple) wouldn’t suffer any disadvantages taste-wise. Here, they bumped into a pleasant surprise. “Extensive quality tests have shown that the oxygen absorption by the beer is less because of the pipeline transportation, lending the beer a longer natural preservation,” says De Halve Maan’s Inge Vandenbogaerde. 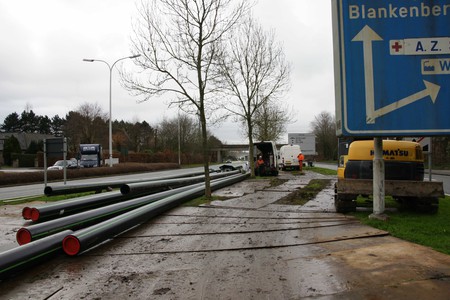 The pipes now funneling 12,000 bottles worth of beer every day | courtesy of De Halve Maan

Half a year onwards, and what first seemed like a fun but slightly insane idea turned out to be the solution that kept the brewing process of the growing business in the heart of the medieval city. While it would have been practical to transport the entire line of production to the bottling facility on the outskirts, built in 2010, that would have meant taking the last of the old family-run brewers out of the UNESCO-protected core, effectively throwing out a bit of brewing history and a beloved traveler attraction. The beer pipeline has allowed travelers to keep touring a favored, 500-year-old destination, its museum, and its café, where their signature drafts are available on tap. It has even added an extra allure to the place, as visitor numbers are on the uptick. An initially apprehensive city government is happy to no longer have loaded-down tanker trucks barreling down its UNESCO-labeled town center, and De Halve Maan gets to keep expanding without sacrificing its Bruges roots. 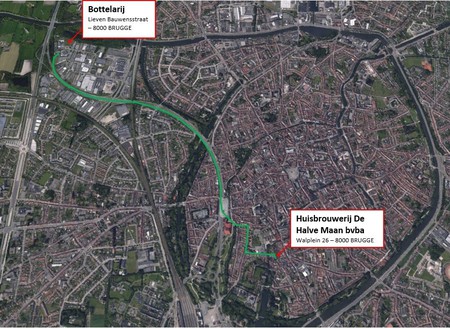 Getting to this win-win solution took four years and four million euros (approximately 4.5 million U.S. dollars at that time). Flemish government subsidies provided a large part of the sum, but another significant amount came from one of the largest crowd-funding campaigns Belgium has seen. Over 300,000 euros was collected from De Halve Maan fans hoping to keep the brewing in the old city. The most generous backers, who injected 7,500 euros, are continuing to be rewarded for their generosity with a free bottle of Brugse Zot every day for the rest of their lives—a solid investment by any beer enthusiast’s standards. By now, sniggers and questions about clandestine tapping facilities have become commonplace, but so far, De Halve Maan is happy to confirm that every liter pumped into the line has safely come out the other end.