A History Of The Sablon In 1 Minute 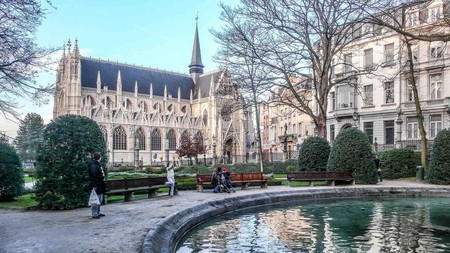 Along with the Marolles and the Matongé quarter, the Sablon is one of those hip yet authentic areas that are essential in experiencing diverse Brussels. Its fascinating origin story, extravagant Gothic church and current status as antique center only add to the allure.

In the beginning there was a patch of sandy clay land with a hermit living on it. The Sablon’s early and rather boring days were spent outside of the city’s 12th century ramparts. Serving as an extension of the Saint John Hospital’s cemetery, and occasional practice spot for the Archer’s Guild, there wasn’t much life to be found. This all changed in 1304, when the guild bought up part of the grounds to construct a chapel in honor of Our Lady. The originally tiny place of worship ended up growing into the flamboyant Gothic construction we see today, all thanks to a curious case of theft. 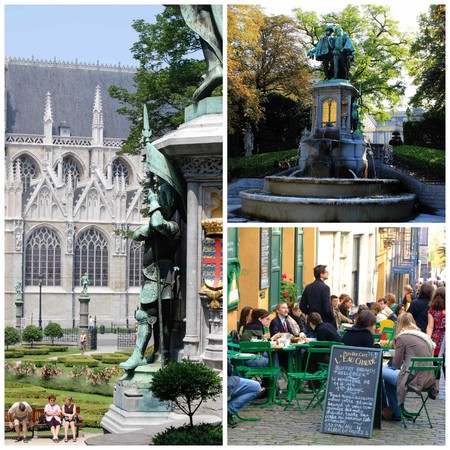 Legend goes that the chapel got a particular boost in popularity after a woman named Beatrijs Soetkens acted upon a vision, in which she was told by the Virgin Mary to steal Antwerp’s precious Madonna statue and bring it back to Brussels. The devout Beatrijs and her husband succeeded, somehow making their way back in a rowing boat during a marvelous journey. From 1348 onward, the Healing Madonna drew large numbers of pilgrims to the Sablon. While the sculpture has since long gone, it might have left some of its protective powers behind as the 600-year old Church of Our Blessed Lady of the Sablon is one of few religious dwellings in Brussels that have never been destroyed by conflict or war. The Madonna’s presence also inspired an annual procession called ‘de Ommegang,’ a spectacular folkloric feast held to this day.

By the 16th century, the Sablon’s growing popularity started attracting important families, not in the least the Thurn und Taxis. German nobility and reigning kings of the medieval postal service, they had two of their own chapels built in the neighborhood. Other wealthy and aristocratic families struck down in the area as well, with the Egmont Palace – now home to the Belgian Ministry of Foreign Affairs – and other historic mansions standing as silent witnesses to an era of old-world splendor. Today the Sablon is mostly known for its charming Petit Sablon square, with its 48 bronze statues that represent the old professions and the Grand Sablon square with its reputable antiques market on weekends.