A Guide To The WWI Battlefields Of Belgium 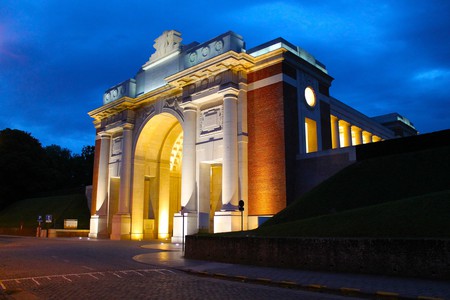 The Menin Gate in Ypres, where trumpets are sound every night in honor of the WWI soldiers who lost their life in the area | © marygreenlees/Pixabay

A century after World War I, Belgium’s landscape still bears the marks of a particularly small nation caught up in major military warfare. Soldier cemeteries, memorials and museums strewn all over the country provide us with insight into what life in the trenches must have been like for the Allied troops. Here is our guide to the iconic WWI battlefields of Belgium that can still be visited today. 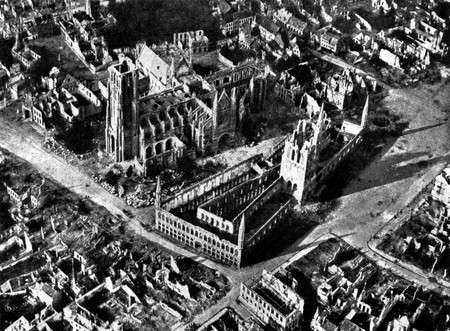 The Invasion of Liège

By invading Liège in the neutral country of Belgium on August 4, 1914, Germany lit the spark to the already volatile powder keg of strained international relations and initiated the Great War. The superbly confident army’s first attempt to breach the small country’s gateway didn’t go to plan, however. In a short-lived David and Goliath scenario, Germany suffered heavy losses until August 16th by the hand of an extremely outnumbered force of Belgians firing from 12 forts that encircled the city. These would later be captured with the help of heavy-duty weaponry known as howitzers and the Big Bertha cannons. 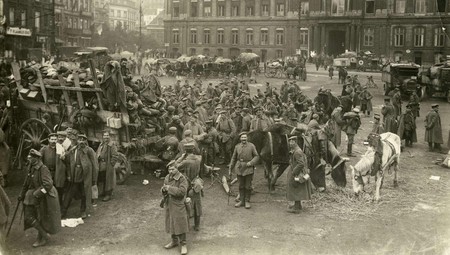 Not as much a battlefield as a particularly horrifying chapter of the invasion tour through Belgium, the city of Aarschot – where the German troops gathered before marching on Leuven – was already given up on by Belgian soldiers when the controversial leader Colonel Stenger and his infantry arrived. Looking down on his army gathered on the market square from the mayor’s home’s balcony, the colonel is shot down in a bout of confused gunfire. German troops blame the murder on snipers among the Aarschot population and kill over 150 civilians in an act of revenge while everyone else flees, turning the small city into a ghost town.

The Siege of Antwerp

After Leuven and Brussels had fallen in rapid succession, the Antwerp stronghold was next. The night the first bombs were dropped on the city on the night of September 27th, King Albert II, who had taken up residence in Antwerp’s palace on the Meir, realized chances of holding on to the port city were small and fled to the area behind the Yser river. Antwerp’s hopes were vested in France and Britain coming to the rescue given the Allies’ neutrality agreement, but the German Schlieffen Plan to conquering Belgium was all about momentum, and the Antwerp officials were forced to capitulate on October 10th. One of the forts in its defense ring, the Breendonk Fortress, has been preserved as a national memorial and is open to the public. 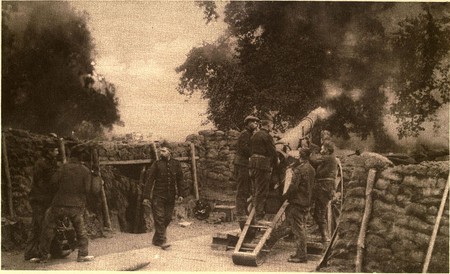 The Flooding of the Yser Area

The siege of Antwerp in the fall of 1914 also signified the race to secure the oceanside. While scrambling to close off access to ally France, Belgian troops opened the floodgates of Nieuwpoort on October 25th, inundating the low-lying land the German army stood upon. The scene soon dissolved into a disorderly muddy mess. All chances of a swift German advance were gone, yet the ultimate stand came at a price. A miserable four-year period of trench warfare had begun, symbolized to this day by the eerily named ‘Trench of Death’ at Dixmude, the last remnant of the trench system etched into the seaside landscape. 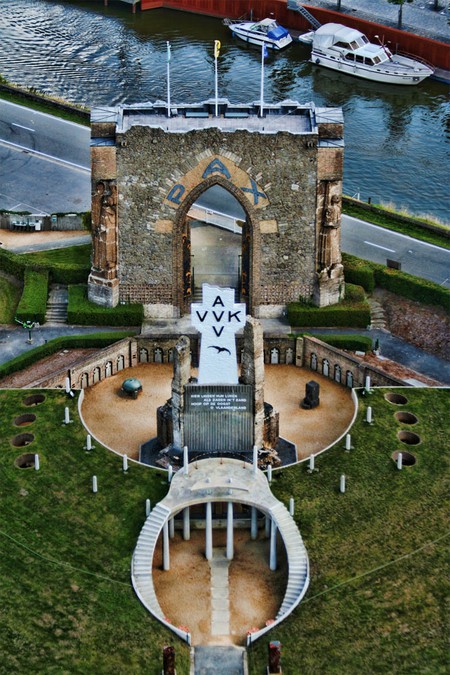 The Yser Tower and Pax Gate memorials in Dixmude | © jinterwas/Flickr

The Battlefields of the Ypres Salient

In the end, the Belgian part in the Great War would be defined by a four-year stalemate in and around Ypres, intermittently interrupted by extremely bloody clashes. For the first time in history, weapons of mass destruction like chlorine gas and mustard gas – dubbed Yperite by the French – were experimented with on the battlefield. Flamethrowers were used for the first time in Ypres, and the confrontation of 1917, known as the Battle of Passchendaele, became infamous for its high number of casualties (over half a million) as well as its mud that immobilized tanks and troops. The many monuments, museums and cemeteries of Ypres still stand as silent witnesses to the heaviest battles of the Great War. In a tradition that’s been around since 1927, the local fire brigade sounds ‘the Last Post’ every night from under the Menin Gate memorial. The trumpeted homage at 8 pm sharp serves as a tribute to the soldiers who gave their lives fighting for Belgium’s freedom.

The Menin Gate in Ypres, where trumpets are sound every night in honor of the WWI soldiers who lost their life in the area | © marygreenlees/Pixabay
Give us feedback