A Guide To The Ardennes' Spectacular Caves 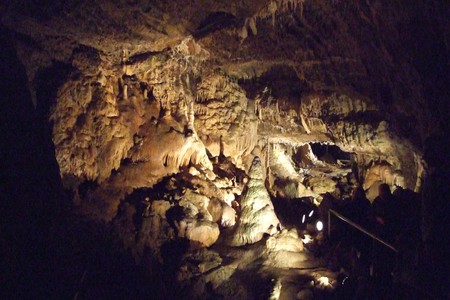 The caves in the elevated, wooded area of the Belgian Ardennes are among the largest and most complex in Europe. A mix of natural phenomena and man-made mines, these surreal underground spaces can’t help but give you a feel for nature’s awesome power and the small country’s industrial history. 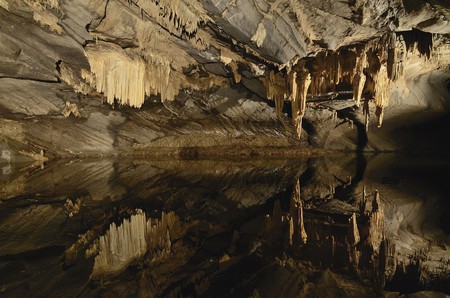 The Caves of Han-sur-Lesse

Without a doubt the most famous of Ardennes’ attractions, every Belgian kid has visited the Caves of Han-sur-Lesse at some point during his or her school career, usually combined with a trip to the adjacent wildlife park where boars and buffalo can be admired safely from a ride on a quaint little train. Though the littlest among us will, of course, marvel at Han’s spacious caves the most, it’s a trip that will leave adults mightily impressed with the power of water and nature all the same. They were formed by centuries and millennia of unrelenting erosion by the river Lesse, creating halls and passages that go on for six kilometers. The underground trip is bound to be educational for everyone because let’s face it, how many of us can tell which one is a stalactite and which one a stalagmite without googling it first? 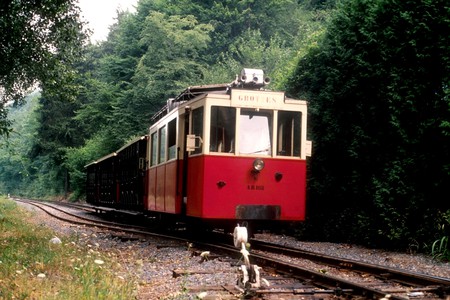 The Remouchamps Caves are perhaps the most unusual of them all, with their entrance in the middle of a town, their stalactite resembling the Virgin Mary and their occasional sightings of bats and the curious-looking niphargus (a special type of blind shrimp). The most exciting part of the tour must be the adventurous boat ride down the Rubicon, the longest subterranean river in the world, during which you occasionally need to duck to avoid hitting your head on the low-hanging ceiling. Floating into the lit-up grotto halls with their stalactites and stalagmites feels like nothing less than entering a forgotten universe, though these spaces were at one point simply used as a wine shelter. 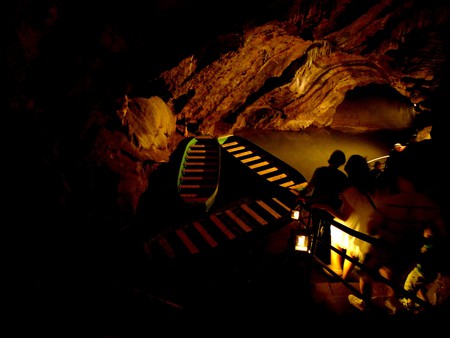 With a thriving coal mine industry in the 19th and 20th century, a daily sight in the Ardennes was that of blackened and exhausted men emerging from the mines where they earned their livelihoods. The Blegny-Mine, protected by UNESCO World Heritage since 2012, opened up to the public immediately after its coal-winning activities stopped in 1980. With the old miners themselves guiding you through the darkness, the tours that go 60 meters down give you a glimpse into the hard life and work of a 20th-century coaler. 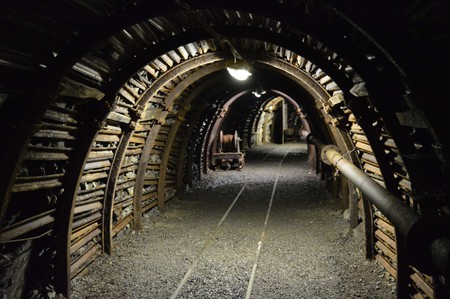 A gallery in the coal mine of Blegny, a world heritage site | © Bel Adone/Wikimedia Commons

The Caves of Hotton

Somewhat less famous than its Han counterpart but no less mesmerizing, the Caves of Hotton have one unique feature to their name that’s not to be missed: their nature-made curtains. More than 40 meters underground, you’ll find limestone draperies in amazing hues and of such fragile compositions that their presence breaks, yet doesn’t halt, what little light is present in the caves for a truly magical effect. The caves’ color variations from bright white to dark red have led some to consider them the most beautiful in Europe, also dubbing them ‘the Arabian Nights Caves’ due to their seemingly magical qualities. Layering is key when you go for a visit, as the constant temperature inside is a chilly 12 degrees.

The Caves of Neptune

Still called ‘the disappearance hole’ by locals, the Neptune Caves are some of the most infamous to be encountered in the Ardennes. This is mainly due to the wild river, the ‘Eau Noir’ (meaning ’black water’), which swerves into the caves only to suddenly drop off the edge of a chasm of which nobody knows where it ends. A sensational show is put on in one of the most impressive halls by flashing stroboscopic lights past the underground waterfalls.