A Guide To Cycling The Promenade Verte In Brussels 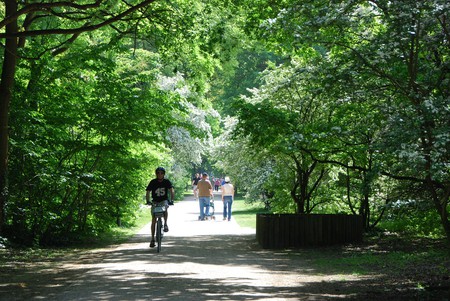 The promenade verte, a path for hikers and cyclists that weaves through Brussels' greenest spots | © Stephane Mignon/Flickr

Brussels‘ Promenade Verte, or Green Walk, is the trail that guides hikers and cyclists to the Belgian capital’s most beautiful nature spots.

Part of the Promenade Verte’s joy is the option to start anywhere on the track you please thanks to the convenient signs placed all along the route. With the green belt divided into seven different parts with their very own themes, it’s up to you whether you push through on a hot day in a quest to see the marvelous sights, or if you’d rather give up, and park your butt on one of the splendid terraces or park benches along the way, saving the rest for another day. We will be following the order outlined by the City of Brussels in their official guide, though, of course, we’ll be stopping once in a while to smell the roses – sometimes literally. 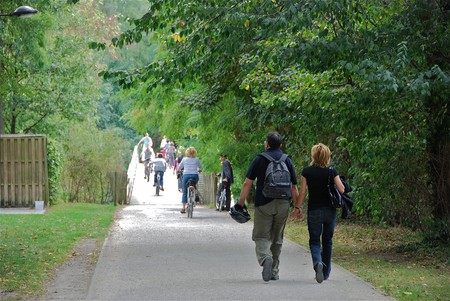 The Promenade Verte on a sunny Brussels day | © Stephane Mignon/Flickr

The Heizel Plateau and the Royal Parks

The perfect jumping-off point for a cultured kind of day, the route crossing the Royal Parks is already the most luxurious of them all. Ride through the stretched-out royal domains of Laeken, admire two exotic landmarks in the Chinese Pavilion and Japanese Tower – inspired by the 1900 World Expo in Paris – or take a load off at Brussels Royal Yacht Club. Les Jardins du Floriste (the Gardens of the Florist) – a more intimate park where the court used to cultivate its flowers – provides a gorgeous panorama of the city from atop its balconies. On the east side of the canal, you’ll find Schaerbeek Station, a beautiful old railway station on the route of Belgium’s first railway track that has recently become home to Train World, the museum where the national railway company puts its locomotive heritage on display. 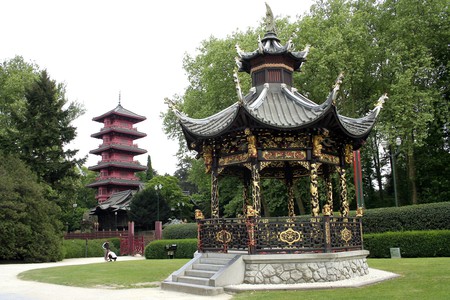 In between the Senne and the Woluwe

A rather urbanized part of the Promenade Verte, this track is less for the nature lovers and more for the history buffs. One of the most exciting things, however weird that may seem, about the road to the lush Woluwe Valley is a cemetery. The official Brussels Cemetery is where famous local politicians like Jules Anspach and Charles de Brouckère lie buried, as well as the banished French painter Jacques-Louis David. With the exception of finding het Moeraske, a small hidden swamp that has escaped civilization, there isn’t too much to see in these parts in terms of fauna and flora.

All around the charming Woluwe Creek lies landscaped parks and valleys as far as the eye can see. Now that we have really entered a calm area that seems worlds away from the fast-paced city, it’s time to deviate from the path a little to stroll through gems such as the Tournay-Solvay Park with its classic rose garden and meticulously crafted hedges, and the domain of the Mellaert Ponds with their charming rowboats and varying species of water birds. The picturesque Bezemhoek quarter is another example of how time appears to have stood still here. 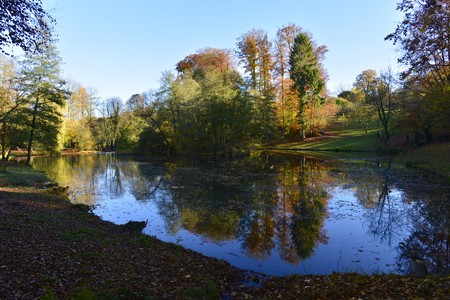 The Sonian Forest and the south of Uccle

Furthering our trek into the ‘wilderness,’ we cycle straight onwards into an ancient cathedral of beeches. We’ve entered the Sonian Forest, a remainder of the legendary Charcoal Forest, the vast and dense woods that used to stretch from Brabant all the way to the north of France in Roman times. The absolute greenest part of the Promenade Verte, this is the place where you’ll want to take a deep breath and enjoy the scent of the thick forest. You might even spot a deer if you’re lucky. 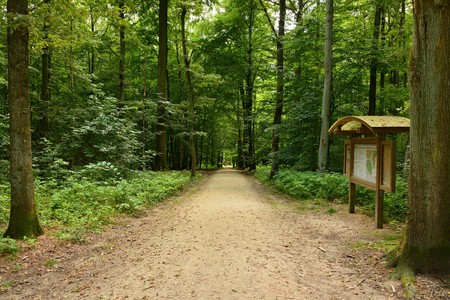 The Sonian Forest with its towering beeches | © Stephane Mignon/Flickr

In between Geleyts Creek and Birdsong Creek

Perhaps the most remarkable part of the Promenade Verte is the leg towards the city of Anderlecht which contains green, yes, but also a whole lot of concrete to be conquered in the beginning. Cycling next to the Brussels Canal brings us back to the real world with its industrialist factories and capitalist tendencies. Thankfully, there are pick-me-ups in the form of a rare glimpse of the Senne river and the Bemptpark, where tiny steam locomotives chug around for the well-deserved pleasure of the littlest cyclists among us. In the end, we’re swept back up into the green goodness of the Birdsong Creek nature reserve where rows of pollard willows dot the landscape. 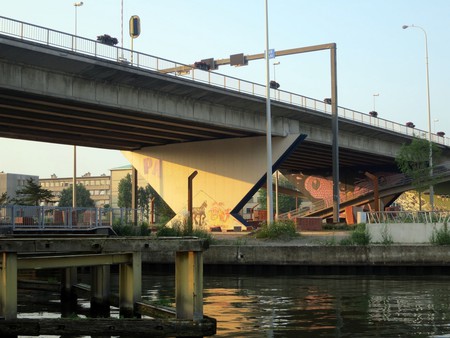 If you want to know what Pieter Bruegel the Elder was looking at when painting his glowing landscapes, step – or rather pedal – inside the Pede Valley. The apple of the great artist’s eye, the area known as Pajottenland charms with its empty roads, marshy grounds and countless authentic farmsteads. Further down in Molenbeek-Saint-Jean – an area not half as scary as you might think – lies Scheutbos, a peaceful 50-hectare stretch of green where the Scottish Galloway cows graze at leisure.

Arriving in the peaceful commune of Jette, the King Boudewijn Park, with its wandering swans and animal farm, is the perfect idyllic spot to get out a picnic and round out the cycling bonanza in style. All you need now is a visit to the nearby forests Laarbeekbos and Dielegembos, with their rows of old imposing beeches, for the last reminder of how mighty nature can be, even in an urban metropolis as big as Brussels. 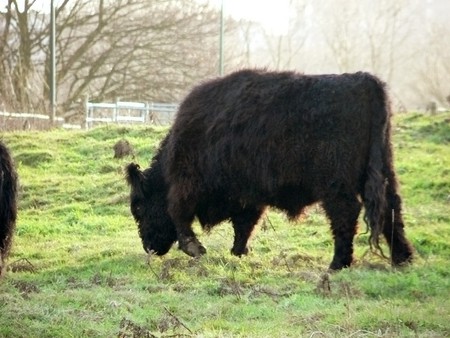