A Guide To Belgian Christmas Foods 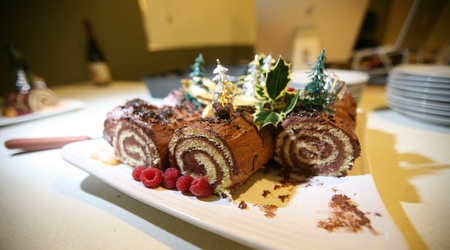 With Belgians already known for fabulous comfort food, you can bet that the Yuletide has long been seized as an opportunity for sumptuous dining. Every holiday season, speculoos cookies become ubiquitous, market booths offer hot chocolate and fluffy waffles to keep their visitors toasty and warm, and of course there’s Christmas Eve, the High Mass of any Burgundian’s food-related dreams.

Unbeknownst to many other continents, the Belgians and the Dutch actually have a kind of second Santa. The kind man goes by the name of St. Nicholas or ‘Sinterklaas’, ‘visits’ the Lower Countries from Spain every 6th of December and brings with him not only presents, but generous helpings of clementines and speculoos for any kid who has been on good behavior throughout the year. The appearance of the shortbread biscuits in the form of St. Nicholas and his helpers in bakeries throughout the land have for centuries signaled the joyous arrival of the holiday season. Records of bakers making these crunchy treats with brown sugar, butter and lots of spices on the Eve of Sinterklaas go back as far as the middle of the 17th century. An artisinal cookie with many happy childhood memories attached, it’s safe to say speculoos will be around for a while. 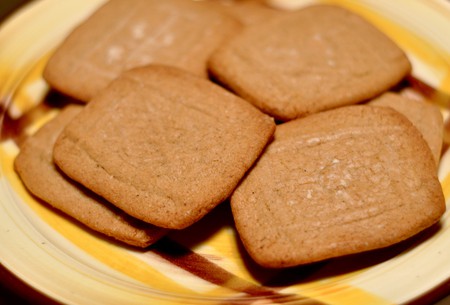 Most Belgians are suckers for a traditional Christmas market, with coziness as their first priority. Warmth is of course essential to keep the jolly mood going and Brussels’ hundreds of booths take care of this by serving even more of the city’s specialty: fluffy waffles right off the iron. All over the country – and on-trend with a growing European preference – pancakes are made on the spot and smeared generously with Nutella ladled out of giant pots. And while Belgians have no objections to a good smear of the Italian hazelnut-chocolate spread, they also retain a soft spot for their native cocoa. Proof lies in the moats of high-quality hot chocolate by Belgian brands such as Leonidas and Neuhaus that are served during these winter nights. 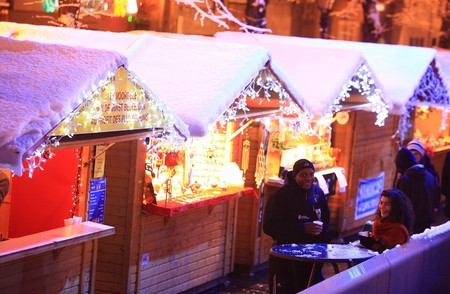 For those preferring a more adult ‘warm-me-up’ there’s glühwein (or mulled wine) at nearly every corner, as well as rows upon rows of jenever bottles. While the latter may not be heated up, the traditional Belgian and Dutch liquor – also referred to as ‘Dutch gin’ – comes in a rainbow of flavors including cactus, apple, vanilla and grain, and has an alcohol level (35 to 38 percent) that’s bound to fire up your insides. 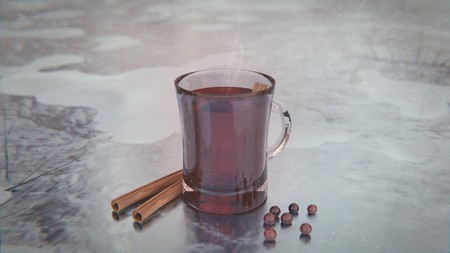 To put it simply, Christmas Eve is the Belgian equivalent to American Thanksgiving – but with gifts. Often regarded as more important than Christmas Day itself, the evening is a family occasion during which tables creak under the weight of so much food. There’s often turkey involved in the main course – though it’s rarely as big as a deal as the American turkey – but a piece of game or a nice roast are common as well. Complementing the meat – Belgian Christmases can be quite the bummer for vegetarians, let alone vegans – are often mashed potatoes or pommes duchesse, elegant little swirls of potatoes that have been brushed with egg yolk before entering the oven to attain their crispy golden-colored jacket. 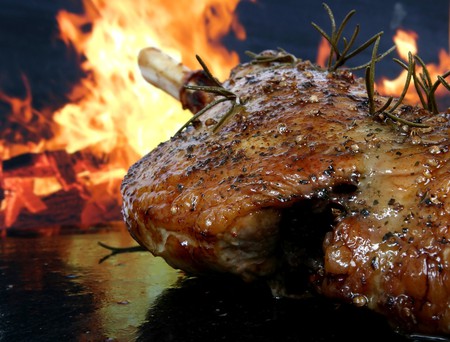 During truly traditional Belgian Christmas dinners you’ll encounter an entrée of fish filets or shellfish, chances of this increasing the closer you get to the seaside. To top it all off, there’s the kersstronk or Bûche de Noël. Known to English speakers as the Yule log, this traditional cake can be a true work of art, with bakers using chocolate frosting and creating grooves to have the desert most closely resemble a real tree log with bark. A popular alternative is the often store-bought ice cream variant, which makes for a lot less hassle the day of. 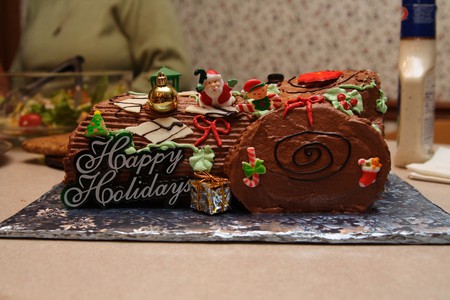