A Film Buff's Guide To Brussels

For a film industry as small as Belgium’s, the capital does have its fair share of things to offer the incurable cinephile. Small independent theaters dotted throughout the city, as well as various popular festivals and multiple schools devoted to teaching the craft, prove that film as an art form is held in high esteem by Brussellaars. 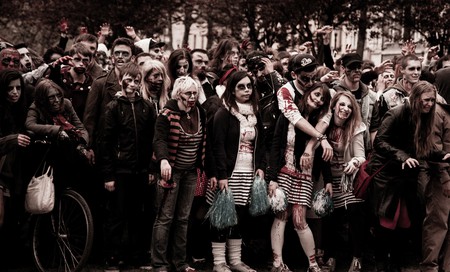 If Film Fest Ghent is Belgium’s most renowned festival, the Brussels International Festival of Fantastic Film (BIFFF) makes a close second. A twelve-day tribute to all things horror, fantasy and science fiction, this is the venue where genre fanatics go for their annual fix. Screenings traditionally enjoy a rambunctious atmosphere, with the audience unafraid to comment or wolf whistle when naked breasts appear on screen. This year, the 34th edition will again host an impressive international body painting contest, a facial makeup contest, a cosplay contest and a Zombie Day.

From March 29th until April 10th

On a somewhat smaller scale, but no less devoted to the magic of the B-movie, we find Offscreen, a festival providing a platform for non-conformist filmmakers and cult classics from the fifties onwards. One of the venues for the screenings is Cinema Nova, an independent theater run completely by volunteers, with regular chairs for seating and a pleasantly chaotic atmosphere on busy nights. Last year’s edition saw a visit and masterclass from Tobe Hooper, mastermind behind the seventies seminal slasher The Texas Chainsaw Massacre. Besides, there aren’t many places you can go to see an entire section of a festival dedicated to “botanicals” with titles such as Matango: Attack of the Mushroom People.

From March 2nd until March 20th 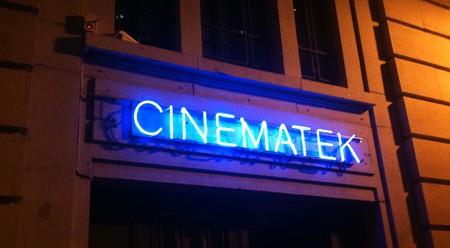 Home to the Royal Belgian Film Archives founded in 1938, Cinematek is one of the most powerful forces keeping the Belgian and global film legacy alive today. The extensive collection boasts some 150.000 copies of about 70.000 different titles, a lot of which have become increasingly rare. Cinematek organizes five screenings a day to honor the classics. They mostly tend to use old projectors, and for an even greater journey back in time you can catch a showing of one of the silent films, which are always accompanied by live piano music.

The considerable Belgian collection doesn’t prevent the museum from looking outward at global film history either. Programming cycles that take a look at the longstanding careers of Charlotte Rampling and Harrison Ford, respectively, are currently playing at Cinematek. Additionally, it frequently hosts international guests such as French veteran actor and César recipient Michael Lonsdale, who will pay Brussels a visit on January 30th.

Recently, the film museum gave new life to its L’Âge d’Or festival, a celebration of experimental films named after Luis Buñuel’s subversive movie from 1930. The infamous festival was originally held in swanky beach town Knokke – where Martin Scorsese was lauded for his short film The Big Shave – but had gotten off track lately, losing steam and attention through an increasingly unclear notion of what was deemed experimental. A rethinking of the term and a return to the initial goals set by museum founder Jacques Ledoux has brought new life to the festival. Last October’s competition saw 26 participating films never before shown in Brussels. 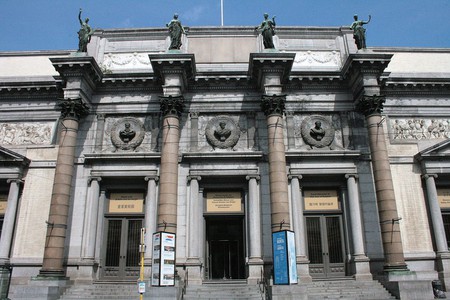 The Brussels Centre for Fine Arts, or Bozar, usually has some outstanding programming going on for low prices. You’ll find spotlights on little-known sections of cinema such as the Ukranian movie scene, or a whole calendar of showings that grandparents and grandchildren can enjoy together. Bozar also frequently hosts screenings in attendance of the artists themselves, or lets musicians guide you through a film based on the images they see.

When it comes down to numbers, the capital does better than any other city in helping shape the creative minds and technical skills of Belgium’s directors. With over half of the film schools – 6 out of 11 – located in Brussels, it’s no wonder that so many of the country’s greats hail from this city and often choose to film their movies in its streets.

A very technical education can be found at Belgium’s oldest film school NARAFI (National Radio and Film Institute) or it’s French-speaking counterpart INRACI, which were originally established to train technicians to work in public broadcasting. For those more interested in digital film, there’s the international SAE Institute, and animation buffs find a high quality education at ENSAV, the school for visual arts also known as “La Cambre”.