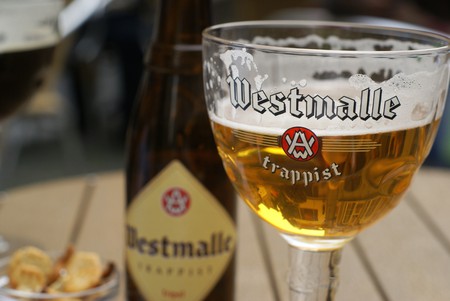 Not just the eldest sibling in the Trappist beer family but also a true brewing pioneer, we have the Abbey of Westmalle to thank for Belgium’s beloved ‘doubles’ and ‘tripels’. Read this brief history to learn more about these beloved Belgian brews.

A few years before the turn of the 18th century, a group of refugee monks from the French abbey of La Trappe – the first stomping grounds of the Cistercian Order – found themselves in the Belgian province of Antwerp after fleeing the French Revolution. They turned to the local bishop for shelter, who gave them a small farm by the name of ‘Nooit Rust’ (or ‘Never Rest’). The motto could hardly be more fitting for a brotherhood living its life with an emphasis on self-sufficiency and the values of manual labor. Still, it wasn’t until April of 1836 that the monastery was recognized as a Trappist Abbey. Great news for the brothers, who were finally allowed to drink something other than plain water from the well – a refreshing brewski, for example. 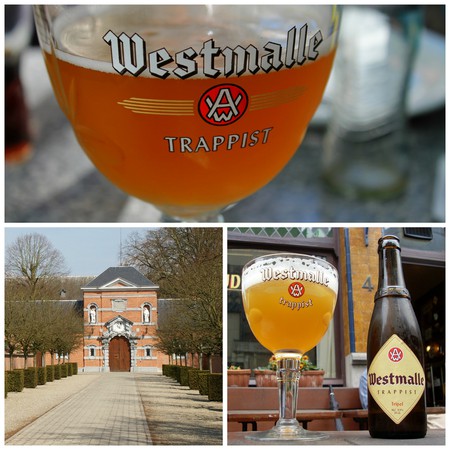 Abbot Martinus Dom let no time go to waste in building a brewery, and the very first Trappist on Belgian soil was tapped by December 10th of that very same year. The brothers now enjoyed a well-deserved beer with their meals and treated their guests to the same. This first experiment was rather light in alcohol levels – the monks didn’t want to return to work on the farm hammered after lunch – but upon the brewery’s 20th anniversary, a second brew was born. A heavy brown edition, the Westmalle monks delivered the original ‘double’ in 1856. That same year this strong beer was distributed amongst the monks’ friends and acquaintances, and a knock on the abbey’s gate would yield anyone a supply of the delicious new brew.

As for the beer that would rock the Belgian brewing world to its core, popularize the method of secondary fermentation in the bottle and coin the term ‘Tripel’, that wasn’t invented until almost eighty years later, after Westmalle had already undergone a huge expansion. The erection of a new brewery in the early 1930s was celebrated with the creation of the original founding tripel. With its clear, golden hue and fruity aroma the Westmalle Tripel is a bestselling whopper at 9.5% and holds a special place in the heart of any Trappist fan.