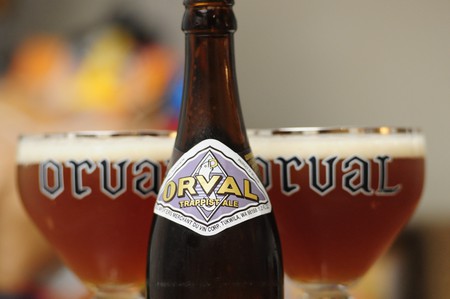 One of only six Belgian beers that bears the coveted Trappist label, Orval is known for its strong, robust flavour. Still, this amber-colored, extremely bitter beer that comes from the Abbey of Our Lady of Orval has always had somewhat of an outsider reputation. Learn why in this brief history of one of Belgium’s most coveted brews.

Like many in its Trappist family, the Orval brewery sprang to life with a simple goal: to cover the expenses of rebuilding the area’s ancient monastery. In Orval’s case, this was a monumental, yellow-hued complex that would replace the uninhabited ruins in Florenville that had been set on fire by the French army over a 130 years earlier. Works on the grand-scale project began in 1927 and the religious community scrambled for funds by selling self-made bread and cheeses, and at one point even a series of special stamps. Enter a group of laymen who also worked on the restoration of the monastery, the so-called ‘friends of Orval’. 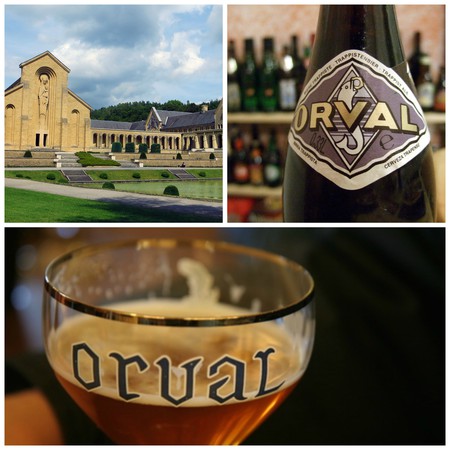 Due to the friars’ already hectic schedule, it was this group – including master brewer Hans Pappenheimer – who sent the very first Orval beer out into the world on May 7th, 1932. The birth of a brewery fit nicely into tradition given that historical records show there had probably always been one at the monastery in its long, near 800-year history, when beer was often referred to as “liquid bread”. Aside from the German Pappenheimer who would think up Orval’s original recipe, other European influences made their way in over the years via Honoré Van Zande and John Vanhuele. These two Belgians knew a thing or two about the English brewing ways, and added several British methods such as dry-hopping to the mix. Today Orval, whose taste is based more on hops and yeasts rather than malts, is probably the most divisive of the Trappist beers. Most who sample it for the first time fall into one of two camps: lovers or haters – its typically strong bitter note doesn’t leave much room for doubt.

Even with its opponents, Orval remains a much-coveted beer not just because of taste, but because of its illusive reputation as well. Its production has always been limited and a little over three years ago the monks, guardians of quality, made the controversial decision to no longer have their product sold by the crate in supermarkets. In a significant departure from most Trappist breweries’ expansion into multiple products, Orval has always stuck by its one, gut-punching brewski – the Petite Orval can hardly be counted as it’s merely a table beer meant for the monks’ private use and available in just one café near the monastery – making it perhaps the least commercial in an already non-commercial bunch.