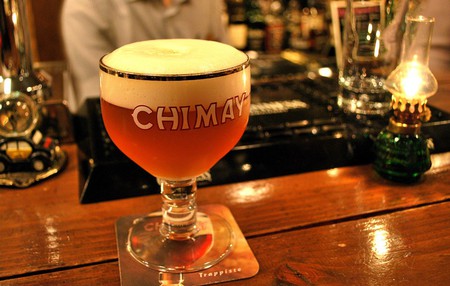 A short distance outside the more than 500-year old principality of Chimay lies the Abbey of Our Lady of Scourmont, home to a Trappist brewery of worldwide renown. The ever-growing popularity of the full-bodied Chimay beers has meant its monks are constantly walking the tightrope between authenticity and self-promotion.

The year was 1850; the place the wild plateau of Scourmont near the princedom of Chimay. A small group of Sint-Sixtus monks from the Westvleteren Abbey – which already had the brewery that would later produce the famed Westvleteren 12 – were gifted the remote and forested lands by Prince Joseph de Chimay. As was, and is, the Trappist approach, the self-sufficient monks began catering to their every need, including that of having a beer with lunch or supper. By 1862 the first brew – a doppelbock in Bavarian style – saw the light of day, but it was determined to be too low a fermentation. The monks soon reached back to Westvleteren wisdom and created the precursor to Chimay Rouge (or Chimay Red), a more nourishing, dark variant that they bottled in large sizes. 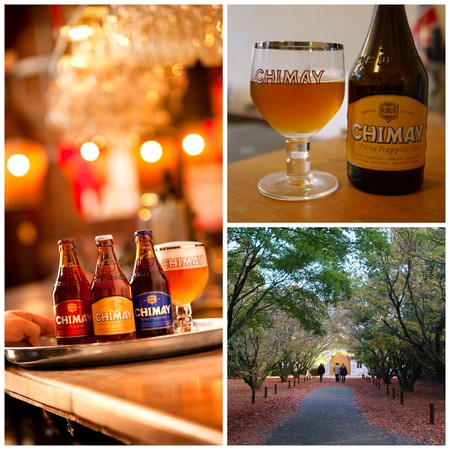 In the following decades the monks publicised the news about the high quality of their brew (which was partly due to the natural well water they used) and began delivering their pride and joy on foot. Come the First World War, their brewing efforts came to a jarring halt however when the abbey’s copper kettles were seized, and once again during the Second World War, when the entire brewery was destroyed by German troops who used the monastery for barracks. Not a fraternity to wallow in despair, the brothers sent one of their own to the Catholic University of Leuven to master the craft under the tutelage of its highly regarded brewing master, professor Jean De Clerck. By 1948, Brother Théodore had isolated a unique yeast strain still used to brew every Chimay today. A golden age of brewing dawned on the monastery.

The Chimay Bleue, a special Christmas edition, was developed in the fifties and its roaring popularityled to its eventual year-round production. In 1966 the Chimay Blanche – also known as the Chimay Triple – completed the Holy Trinity of color-coded Chimay beers that would conquer the world (and the taste buds of Michael Jackson, an avid fan who helped spread the international word). Today Chimay Abbey exports about fifty percent of its brews, yet – like all Belgian Trappists – it keeps its brewery and abbey closed to the general public to preserve the authentic seclusion so vital to the monks’ way of life. The monastery instead relies on a visitor center plus shop, a cozy inn and gorgeous forest surroundings to make a trip worthwhile.