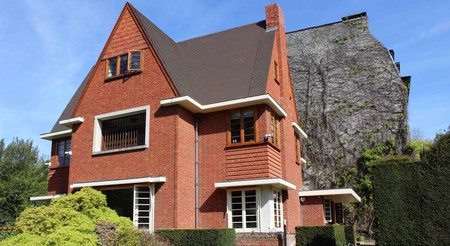 During the 20th century, Brussels was the happy home to the extraordinary Maecenas couple David and Alice Van Buuren. In their wake, the Dutchman and Belgian left not so much a simple house as an Art Deco masterpiece where furniture, paintings, and gardens combine to form one total work of art.

Alice, who was originally from Antwerp but found herself whisked away to Brussels by Dutch-born banker David, made sure to stipulate in her 1970 will that their ‘private memory house‘ in the neighborhood of Uccle was to become a museum. Five years later, the doors opened for the public to marvel at the artistic treasures the couple had gathered over the course of three decades. With the original furniture undisturbed, you can easily imagine notables such as Coco Chanel, René Magritte, and Erik Satie lounging in the Van Buuren home as they did, surrounded by Ensor and Van Gogh paintings, stained-glass windows, and the flamboyant 800-kilo chandelier. 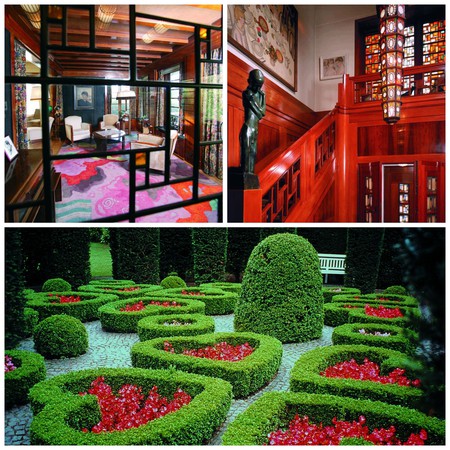 While the villa’s outside was built in the style of the Amsterdam school, David and Alice opted for an Art Deco feel throughout the interior. Making a sizable living as the director of a private bank, Van Buuren was able to order custom-made pieces by renowned Belgian, Dutch, and French designers, many of whom the couple were acquainted with closely. The splashy carpets and stained-glass windows are from the hand of decorateur extraordinaire Jaap Gidding, while the prestigious Paris firm Studio Dominique pour Arts et Décoration is responsible for several of the house’s rooms. Include the rosewood piano that belonged to eccentric composer Erik Satie, which sits in the music room, and it becomes clear that Mr. and Mrs. Van Buuren moved in the most prominent of artistic circles.

One artistic pioneer that they were extremely generous towards, who in fact could count them as his only patrons, was surrealist forerunner Gustave van de Woestyne. The cultured couple’s extensive painting collection, which spans from the 16th century until the 20th century, includes 32 of his works as well as art by the sons of Breugel, by the Belgian school of Permeke, and by Van Gogh. Complementing the inside treasures are the Van Buuren’s splendid gardens. Here, Brussels’ landscape royalty Jules Buyssens and René Pechère designed the geometrical ‘Picturesque Garden’ with roses and the ‘Labyrinth’ shaped out of greenery, respectively. ‘The Garden of Hearts,’ also by Pechère, was Alice’s homage to her late husband.