A Brief History Of Brussels’ Marolles 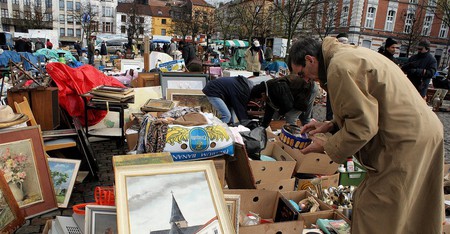 A flea market mecca and antique haven, yes, but it’s also one of Brussels’ most authentic neighborhoods. Les Marolles has a long history of housing the capital’s blue-collar workers and outsiders, a past that can still be felt even though the district has started attracting vintage boutiques and hip lunch spots.

The Marolles’ ‘fringe’ reputation goes as far back as the 12th century when a smattering of poor families and a leper colony settled down a little south of Brussels’ center. When the city’s first ramparts were built, the Marolles area was conveniently left outside of the circle created. Not only were these walls meant as a defense against enemy forces, but the bourgeoisie and upper classes also found them particularly handy for keeping out the plebeians, who had to leave the town’s center by nightfall. In the 17th century, nuns flocked to the area to offer help to the capital’s most unfortunate. One of the biggest religious orders to offer aid were the ‘apostolinnen’ or the ‘Sisters Maricollen’ – hence the bastardized form ‘les Marolles.’ 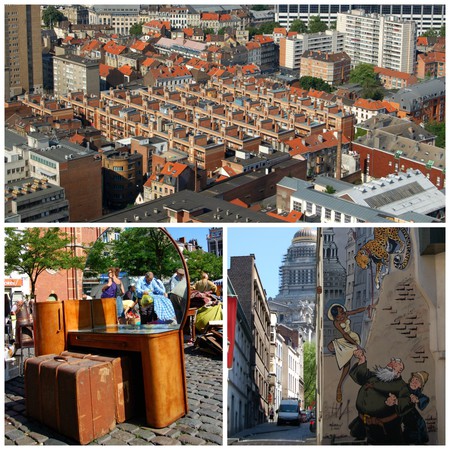 Despite – or maybe because of – its down-on-their-luck inhabitants, the Marolles has always been an especially vibrant neighborhood. The sisters’ influence prompted a market for secondhand clothing to appear in the 17th century, and it still exists to this day, although slightly altered to become a bric-a-brac paradise that includes everything from fur coats to toasters to actual vintage treasure on a lucky day. Nowadays, people come from far and wide to haggle their way to a retro bargain and revel in the authentic atmosphere of the Place du Jeu de Balle, the only Brussels market that’s open every single day.

In the meantime, the Marolles has become a melting pot that represents the capital in more ways than one. Although the real Marolliens are still present – often living in old artisan houses or one of the many social housing projects planted down in the 20th century – they’ve been joined by a large number of migrants and, recently, a more well-off crowd. A phenomenon dubbed ‘Verzaveling’ has appeared, in which the Marolles is slowly becoming an extension of the Sablon, an area renowned for its antiques. The change is especially noticeable in the Rue Haute, the ancient artery of the Marolles. The longest street in the capital’s center is now dotted with antiquarians, young design shops, and hip lunch spots that have nestled themselves in between the brown bars (a ‘bruin café,’ or a simple neighborhood café) and traditional brasseries. The combination makes for a curious mix quite suitable to quirky Brussels.