A Brief History Of Autoworld, Brussels 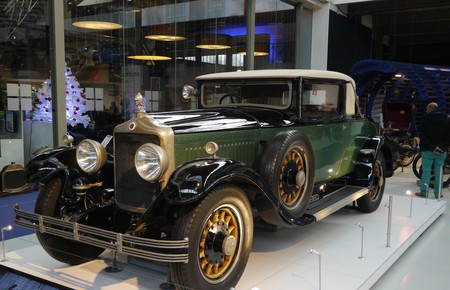 Whether it’s celebrating 70 years of vespa existence or placing famous ‘young timers’ amidst its permanent antique car exhibition, Brussels‘ Autoworld aims to keep it fresh all the time. Not that it can’t afford to rest on its laurels; its luxurious setting in the monumental Cinquantenaire Park also houses precious vintage models such as the Belgian Minerva and glorious old racers.

Officially opened by a prince whom Belgians have since called king, Brussels’ Autoworld has been around since the mid-1980s. Before that, its grand location – the high-arched Palais Mondial in Leopold II’s sprawling Cinquantenaire Park – was used for a number of different purposes. A garage for German troops during the First World War and, at one point, even a warehouse for racing pigeons, the beautiful glass and steel hall finally got a function to be proud of in 1986. A couple of years earlier, a gently nudging Albert II – crown prince at the time and father to the current king – succeeded in persuading the government to let the 8000-square-meter space become the new home for the famed Mahy Collection. 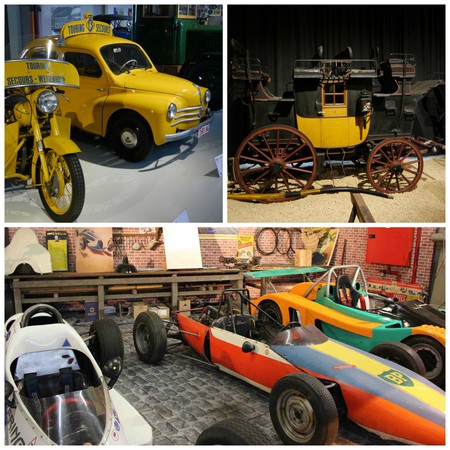 It must be said that the rich series of antique cars Autoworld possesses today is mainly down to the passion of one man: Ghislain Mahy, a Ghent-born car trader with an especially nostalgic streak. During the 20th century, the auto expert gathered over 950 automobiles, fixing some of them up with his sons when he could as a hobby. Mahy’s special fondness for Belgian craftsmanship is the source of some of the museum’s greatest highlights, such as the 1929 Minerva 20 PK AE Coupé, a car that screams royalty (among Minerva’s prestigious passengers were the kings of Sweden, Norway and Belgium). Over 200 of Mahy’s most valued automobiles now stand glittering in the sunlight that hits the Palais Mondial’s dome, a sight that has garnered Autoworld a stellar reputation amongst car lovers the world over.

It’s not just antiques that have earned a spot in the permanent exhibition, either. In its thorough exploration of overland transport’s evolution, the museum boasts a couple authentic horse-drawn carriages and coaches. The ‘Sports & Competitions’ section consists of single-seaters, F1s, GTs and rally cars, while a recent exhibition gathered colorful vespas from all around the world for a celebration of the beloved scooters. The private museum hosts these kinds of temporary displays regularly and is open every single day of the year.