Things You Didn't Know About Ghent

Slowly but surely digging its way out of the shadows of Bruges, the ultimate medieval city is Ghent. Almost equally as quaint and historic and with a major creative driving force, Belgium’s premier art student town is starting to find its place on the European map. 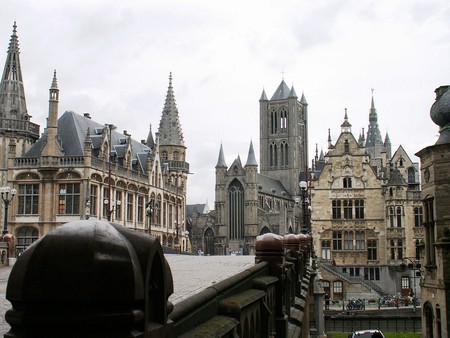 For over ten years, the bathroom of Ghent’s Design Museum was the most original around town. The polyester statement piece – a giant toilet paper roll – was put in place right after the museum’s request for a long-promised expansion was denied by the city government. In a reaction that drips with Belgian surrealist humor and sarcasm, the museum had a bathroom wing installed where the add-on was supposed to go and covered it with a massive five-meter-high artwork resembling a roll of toilet paper. A plaque next to it read ‘screw you,’ though the Dutch potty-related wordplay sadly gets lost in translation here. With the expansion now finally approved and set to be built in 2018, we’re almost sad to see this wickedly funny symbol of Ghentian defiance go.

Taking a trip down Ghent’s memory lane, the toilet paper provocation might actually be part of a rebellious spirit the area has treasured for centuries. The Ghent uprising of 1379-1385 against Louis of Male (a Count of Flanders), the 1449-1453 revolt against the Duchy of Burgundy and the one in 1539 against the Spanish king, Charles V, all make clear that Ghentians are a ferocious bunch and not the kind of people that will take suppression lying down. Charles V didn’t take this anarchist streak lightly, though, and punished the people of Ghent mercilessly by making their rebel leaders parade around town in their underwear and with nooses around their necks. 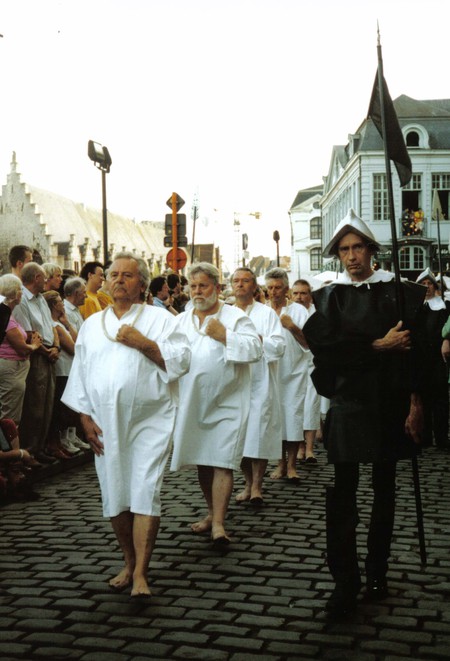 Although its charming cobbled streets don’t make it easy, Ghent is a surprisingly bicycle-loving city. Almost one-third of all travel and commutes are done on the ‘steel stag,’ as Belgians sometimes lovingly dub their bikes. 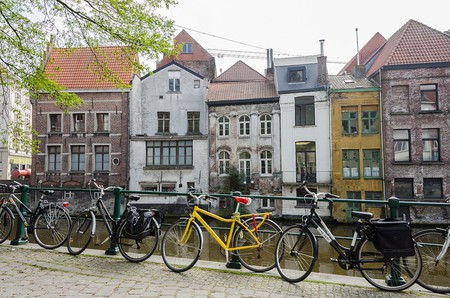 Some bikes parked next to Ghent’s charming canals, something else the city has in common with Amsterdam | © Sandra Vallaure/Flickr

The Werregarenstraat never looks the same as the last time you strolled past. Also known as ‘graffiti alley,’ this is where urban artists come at night to do their thing free from any restrictions. Smack dab in the middle of the historic center, it’s an ever-evolving place where modern expression roams free, and the walls get a white coat of paint every so often to create an entirely new tabula rasa. 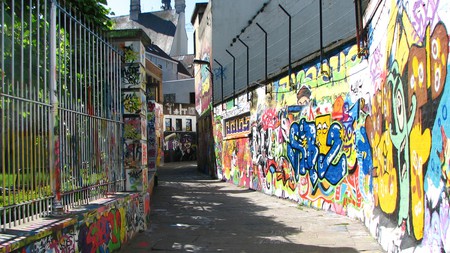 Graffiti alley, where street artists can spray-paint to their hearts desire | © Ella Mullins/Flickr

Thousands of unsuspecting pedestrians walk by St. Peter’s Abbey every day without realizing the paradise it hides. A couple of minutes looking for the somewhat obscure entrance to its garden on the St. Peter’s Square will reveal one of the best-kept secrets in Ghent. The short search will be rewarded tenfold when you enter a peaceful land of vineyards and fragrant lavender. The Abbey’s garden is open every day during spring and summer to anyone fancying a relaxing South of France vibe.

Bars don’t come much more indulgent than the chocolate-centered ones such as Quetzal and Mayana. With Belgium as one of the world’s reigning champs when it comes to chocolate and these establishments offering up the sweet treat in a plethora of different ways, Ghentians find themselves with a built-in solution to a bad day. There are very few things in life a moelleux topped with brownie dust (dippable in your choice of molten chocolate) can’t fix.

Open up your diary and pencil in Ghent’s Light Festival in 2018, 2021 or even 2024. It might seem like planning ahead to the extreme, but trust us: you’ll want to be in the city for one of these winters. Every three years, the city of Ghent and its historic buildings become the canvas for international light artists to create truly breathtaking displays. Since words can hardly describe the magic of the experience, here’s a video capturing the illuminated city in 2015.

Home base to artists

Many a creative mind has found a home in Ghent, with its slew of art students, its fresh design milieu, and emerging street art scene. The sympathy these makers feel for their hometown is well exemplified by internationally renowned painter Michaël Borremans – whose 18th-century-inspired works go for huge sums – gifting a creation to the city. On a concrete wall close to City Hall now shines The Virgin, a small portrait in oil paint of a girl whose eyes literally beam light.