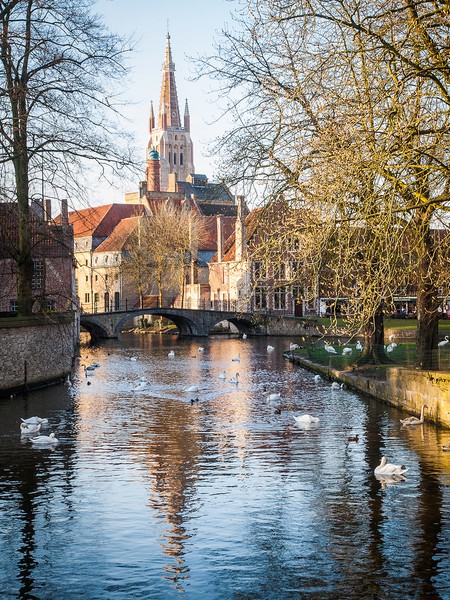 “Maybe that’s what hell is, the entire rest of eternity spent in fucking Bruges.” But we beg to differ, Colin. Director Martin McDonagh might have Colin Farrell’s hit man character Ray swearing at the fact that he’s stuck in Bruges for the duration of an entire cult film, but anyone who’s been to the medieval town knows that there’s no end to its charm. Listening to these little known facts about the country’s most idyllic city, even Ray would have to admit that Bruges is pretty awesome.

Starting off on a romantic note, Bruges has a small body of water dubbed ‘Minnewater’ or ‘the Lake of Love’. Legend goes that the beautiful sailor’s daughter Minna died in the arms of her star-crossed lover, the young warrior Stromberg, at this very spot. Naturally the young couple’s eternal love still radiates on those crossing the lake’s bridge, making it the go to attraction for the romantically inclined.

Not too far from the little Minnewater lake and its adjacent park you can bump into some visual poetry by Robbert Ritmeester on the white-walled Bargehuis. On the left side, a tender question reads: “If you leave, will you be coming back?” Somewhat further down the road, the plea is answered thoughtfully by another question: “If I come back, will you be here?”

If you thought your grandmother was the only one still into lace, think again. Bruges’ production of the patterned fabric, made with the flax flowers found in large numbers in Western Flanders, is going strong and earning a pretty penny. It’s not just local grannies that spend their time weaving these intricate patterns either. The city’s actual lace school, the Kantcentrum, has evolved to become a recognized force of excellence in the lace world. You can find out more in the museum ‘the Face of Lace’. 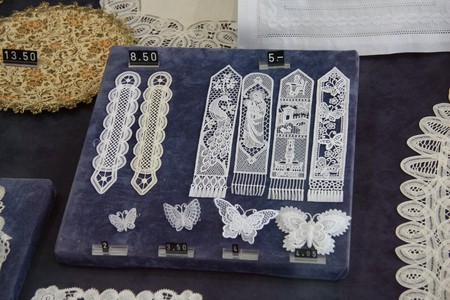 Off The beaten Track At The Adornes Museum

Bruges is naturally bursting at the seams with museums, being one of the best-preserved medieval cities in the world. A fresh face in the crowd, it opened its doors in 2014, and one telling a personal story is the Adornes domain. Especially intriguing is the 15th Century Jerusalem Chapel, an exact copy of the Church of the Holy Sepulchre in Jerusalem (Christ’s final resting place) built by well-to-do knight and merchant Anselm Adornes to be an exact replica. Given the intimate nature of the family museum, chances are you’ll be looking at its most exciting relic, a splinter of the actual Cross, alone in the somewhat spooky grotto. 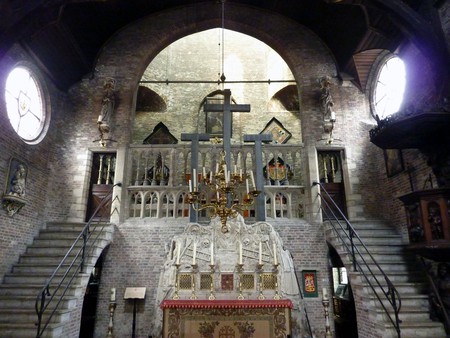 The influential family’s Jerusalem Chapel, a detailed copy of the original | © FanthomasMedia/Wikimedia Commons

There was a time, in the 14th and 15th Centuries to be more exact, when Bruges called the shots in Flanders. As the area’s premier port city, its inhabitants knew wealth, prestige and some of the period’s finest arts. When the Zwin, the city’s lifeline to the Ocean silted up however, Bruges fell into a deep winter sleep, only to be awoken by an increasing number of visitors in the 19th Century who were charmed by what had then become a medieval quaintness. 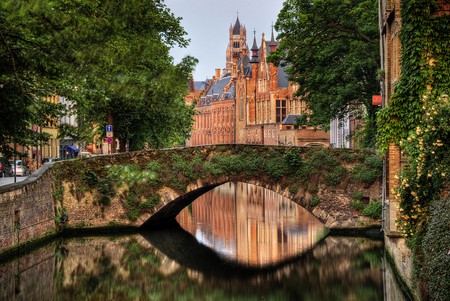 Bruges, a medieval city made rich and influential thanks to its waterways | © Wolfgang Staudt/Flickr

In case you were wondering, it’s not the swan’s beautiful white coat or its elegant features that made Bruges pick the animal for its official mascot. The legend is a little more gruesome than that as it originates from the time when the oppressed people of Bruges rose up and assassinated their hated administrator, Pieter Lanckhals, in the 16th Century. With the victim’s name translating to ‘long neck’ and his coat of arms depicting a swan, the revenge of the powers that be was simple: Bruges was to keep swans on its lakes and canals forever. Maybe that’s why these white menaces seem so terribly annoyed with humans most of the time. 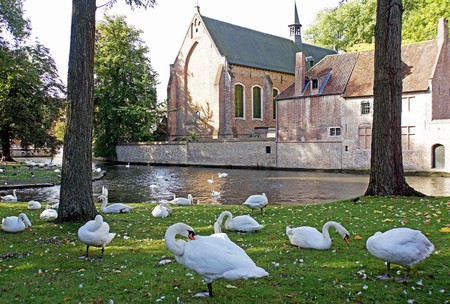 Bruges is nowhere near as renowned as Brussels for its music scene, yet ‘t Zwart Huis (or the Black House), a protected monument and five-century-old merchant house, is a must for any jazz and blues fan visiting the city. You will not find a more soulful setting than the authentic bar-room with its ancient fireplace for listening to great live music.