Soccer Players To Watch Out For In The Belgian First Division 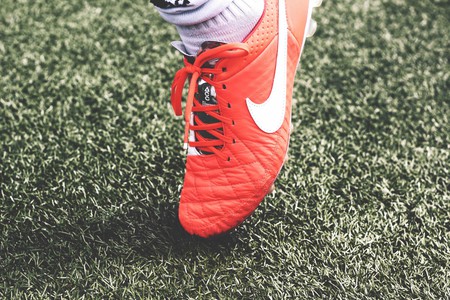 Belgian clubs are finally witnessing the fruits of their labor since thoroughly reshaping their youth programs about 15 years ago. The result is a so-called ‘Golden Generation’, a new batch of homegrown wunderkinds that on its turn attracts even more young talent from across the borders. Take note of these six budding prodigies currently making their mark on Belgium’s Jupiler Pro League.

Youri Tielemans is making waves at Anderlecht. The 19-year-old central midfielder has been turning heads since the age of 16, when he became the youngest Belgian to play in the Champions League and the third youngest player in the competition ever. Tielemans joined Anderlecht at the age of five and hasn’t left since, even with rumors about possible transfers being constant for three years now. His technical agility and his time at a club known for nurturing talent have made him into a precious midfielder with a great netting track record by now. Rumors about Manchester City eyeing the talented prospect have been flying since September.

we showed great team spirit to fight back! 💜⚪️

Also sporting purple-white and generating plenty of buzz of his own is 21-year-old Leander Dendoncker. Since transferring from Roeselare in 2009 he’s worked himself up to become a valuable part of the Anderlecht midfield and in 2015 he officially played his first minutes for the Belgian Red Devils in a practice match against France. Less than a week ago Dendoncker extended his contract with Anderlecht until 2021.

Fast as an arrow and a guaranteed crowd favorite, Moses Simon joined the AA Gent ranks in the winter of 2015 after an impressing turn in Slovakia. Pulling a hat trick as soon as his third game in the Belgian league, the 21-year-old showed he was a force to be reckoned with. Though the Nigerian winger has had his ups and downs in the past year and a half, a Simon on form delivers splendid assists, dribbles and lightning flashes that can determine a match. Teams like Ajax – who had the chance to sign him when he was more inexperienced – have been watching his progression in the tiny country with hawk eyes.

Another winger to join a Belgian club from Slovakia in 2015 is Leon Bailey, after turning down both Chelsea and Ajax. At the end of his first season with Genk the Jamaican player reeled in the Belgian Young Footballer of the Year award and just this month a Manchester City scout has come to see him in action. Bailey has continued to grow over the past year, causing problems for any defence he’s up against thanks to his explosive speed and killer left foot. It should be exciting to see the 19-year-old’s next move as he’s made it clear that getting to play will remain a top priority for him, which could become difficult at heavy hitters like City.

Already a part of the Nigerian national football team at 19, Onyinye Ndidi is a malleable player who has proven at Genk that he can fill his regular defensive midfielder position as well as help out a team in need of a central defender. Partly thanks to that flexibility he hardly saw the bench in his first season in Belgium and 2016-2017 has gotten off to an equally productive start. Genk has already turned down a 10 million offer for Ndidi and both Chelsea and Tottenham are now being mentioned as high-flyers that might whisk the Nigerian off to England.

A product of the Leuven youth academy and now donning the blue and black of Club Brugge is Dion Cools. The player with Belgian-Malaysian roots first impressed when playing a big part in the promotion of OHL back to the first division. A right back with a good tactical understanding of the game who knows when to push forward and when to hold back, Cools has often been described as a diamond in the rough, although he didn’t get too much playtime last season with experienced Red Devil Thomas Meunier wearing the right back pants at Club. With Meunier now off to Paris Saint-Germain, it’s the 20-year-old’s time to establish himself as a serious contender.