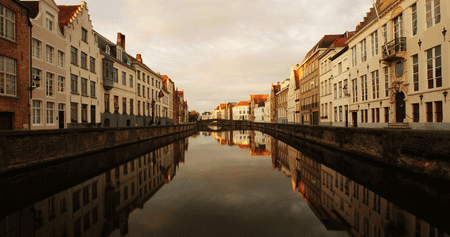 Much of the city of Bruges has remained the same since the medieval era. Let’s start the 48 hour-long adventure in a city where time stopped some 700 years ago.

Visit the Church Of Our Lady & Sint-Janshospital

The first stop will be taking in the Bruges skyline, where you will notice the Church of Our Lady from the 13th century, whose tower rises 118 meters high. The museum inside the Church is worth stopping in, as it exhibits Michelangelo’s Madonna and Child, a marble sculpture created around 1504. This statue also gained international attention as it was stolen from Bruges not once, but twice: first by French Revolutionaries and the second time by German soldiers in World War II. On the way to the Church of Our Lady, stop by the court of Sint-Janshospital, where you can find eye-catching corners such as a Calvary made of stone, surrounded by a large magnolia tree. 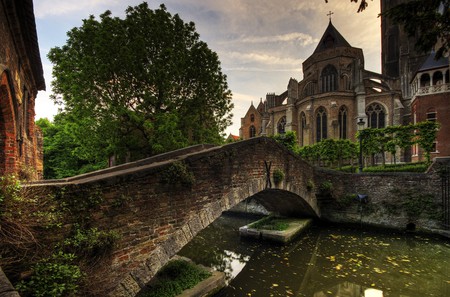 Bridge to The Church of Our Lady/ | ©Wolfgang Staudt/Wikicommons

After visiting the Church of Our Lady, travel down a path and pass through a red gate which leads to one of the most picturesque scenes: a captivating bridge over one of the city’s canals. While crossing the Bonifacius bridge, take in the spectacular sculptural interpretation of the Four Riders of Apocalypse and note the large map of the city made entirely out of famous Flanders lace, which besides beer, chocolate and waffles is another iconic Belgian product.

Walk along the waters of the canal until Rozenhoedkaai Street and stop to enjoy the a view of the Belfort tower. At this point visitors can find a number of spots to take a canal tour, which is a unique opportunity to gain a new perspective of the city. Only from a boat can visitors truly appreciate how incredibly low those bridges are built: you’ll automatically duck as you pass underneath them.

After the boat tour, have lunch in the restaurant Den Dyver at Dijver Street. Den Dyver is a trendy spot serving up tasty dishes that are reasonably priced, considering its Michelin status. 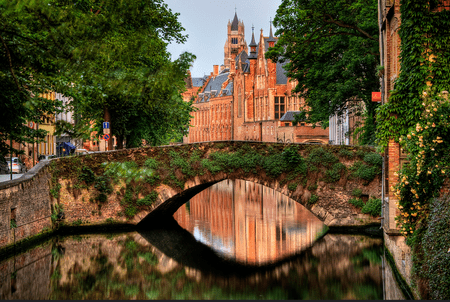 Continue on to the Vismarkt (Fishmarket), a covered arcade where tourists and locals alike can buy the fresh catch of the day and other seafood delights on Tuesday and Saturday mornings. On the days where the fish market is not open, the venue also serves as a place for craftsmen and artisans to sell their latest creations.

Visit the Basilica of the Holy Blood

Through the pleasant Blinde Ezelstraat (Blind Donkey Street) head up to the Basilica of the Holy Blood and visit two chapels with their entrances located side by side. The St. Basil Chapel was built in 12th century and has retained its Romanesque style, while the upper Chapel of Holy Blood was transformed to represent a more Gothic interior. This Basilica is world renowned for containing a venerated vial of Christ’s blood which, according to legend, was delivered to Bruges during the Second Crusade. 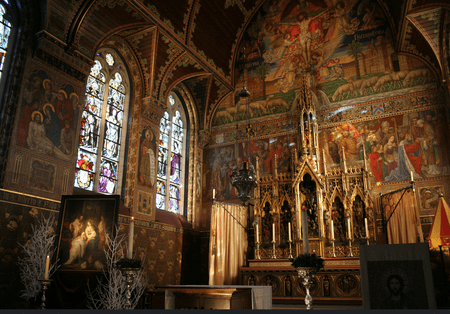 Do not forget to admire another photo worthy scene of Bruges from the Breidelstraat. The breathtaking Gothic building with three towers is the City Hall. Built in 1376, this building is the oldest city hall in the Low Countries and is open to visitors seven days a week. 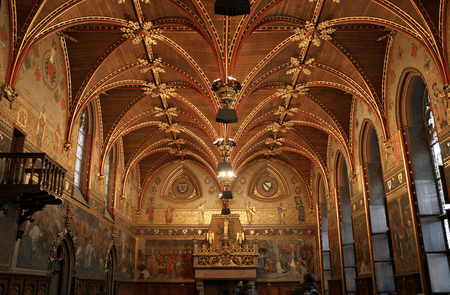 A true visit to Bruges would not be complete without tasting some of Belgium’s famed treats.

The Historium Bruges located at the Grote Markt is another museum worth seeing. You may be pleasantly surprised that it is not a traditional museum; rather it is more of an immersive storytelling experience depicting what Bruges was like during its Golden Age. This interactive museum gives visitors the sensory details of what it was like to live in Bruges during the medieval ages.

After the museum tour, opt to take a long walk through the charming streets of Bruges to see its picturesque windmills. From the original 25 mills located on a pathway around the edge of the old city boundary, only four remain with two accessible to the public.

In the little pub right next to the windmills – hence its name De Windmollen – grab a drink and wait for the sun to set. Spend the time with good Belgian beer, choose something light for dinner, and be ready to enjoy the view of the windmills when the night falls. 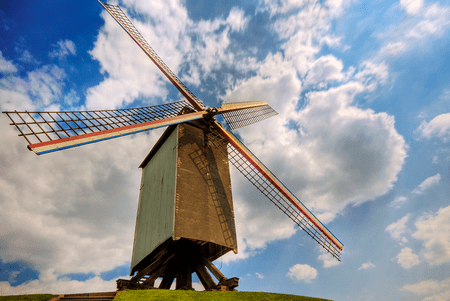 If you are ready to discover night life in Bruges, maybe you would like to visit the 500 year-old pub Café Vlissinghe, founded in 1515. During the summer months, visitors can even play the Flemish game Krulbol here. Another pub called L’Estaminet is open until late so it is a perfect spot if you want to taste more Belgian beers. L’Estaminet still has the same furniture as it had back in 1900 when they brewed their first beer and the atmosphere is absolutely charming. Up for the challenge to find another secret bar? Then look for a place called ‘t Poatersgat, where the entrance is half the size of a normal door and leads to an underground bar with a great atmosphere. 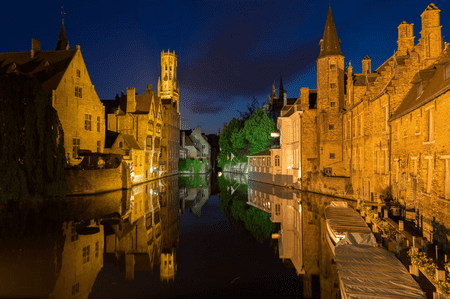 Bruges contains more than one great place to satisfy your brunch cravings. Whether it be a cozy tea room or a coffeehouse haven, whether it specializes in a full English breakfast or quick bites that range from savory to sweet, there are numerous places to start your day. Afterwards take a morning walk to the Minnewater park that is full of swans and discover a calm oasis known as the historical Begijnhof. Established as one of the best preserved of its kind, this 13th-century enclave includes a community of white houses surrounded with walls that were once the homes for single or widowed women. The area now serves as a house where the Benedictines live. 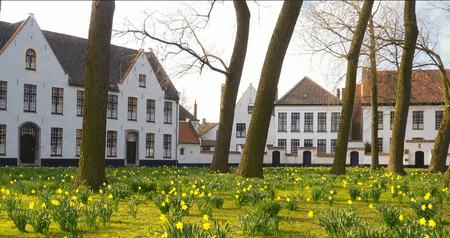 While viewing Bruges by boat gives an incredible perspective of the city, there is also another breathtaking view that awaits visitors. Though a bit steep, those that brave the 366 step climb to the top of the Belfort (the iconic tower from In Bruges) will get a birds-eye view of the city. The set of 47 bells can be rung by a mechanism or manually. Do you know who is Bruges’ highest paid official? The carillon player, of course. 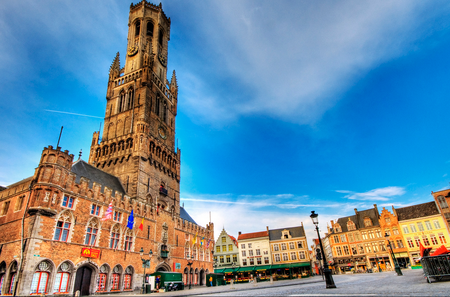 Appreciate works of art at the Groeninge Museum

To complete the historic experience, why not take a closer look into a famed collection of work housed in the Groeninge Museum? Here visitors can admire famous works by Flemish artists, including neoclassical masterpieces from the 18th century and post-war modern art.

Finish up your afternoon with a tour of De Haalve Maan, one of Bruges’ premier breweries and home to one of its most popular brews, Brugse Zot. It is better to make an online reservation ahead. After learning about beer in depth, why not test your knowledge with a pintje of beer and toast to the end of a true Belgian experience. 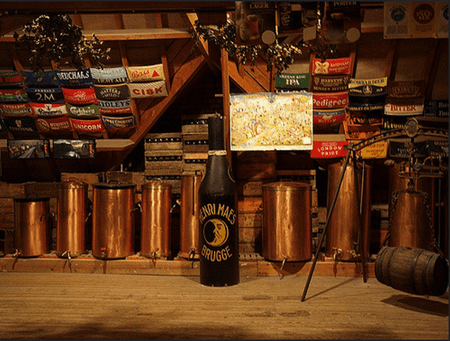