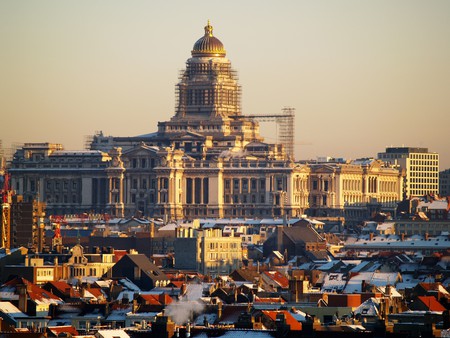 Far more than a political hub, Brussels has recently re-emerged as a cultural hotspot, beating Antwerp to the title. Home to buzzing bars, world-class restaurants, art nouveau architecture and lively art spaces, the Belgian capital is perfect for an express, 24-hour tour that passes through the historic centre and a number of must-see venues. Follow our insider guide to Europe’s newest art and culture destination. 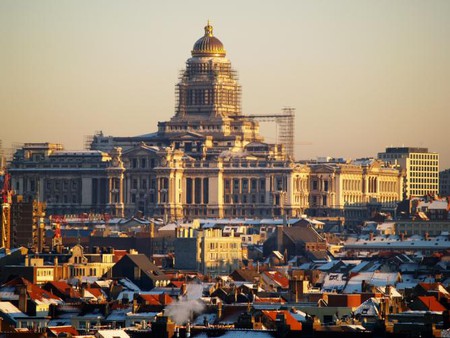 Get your bearings by walking around the Dansaert, Bourse and Saint-Géry areas, where lots of designer boutiques and hip shops line the streets. Warm summer evenings are best spent outdoors, on the fun and laid-back square of Saint-Géry, so head there for an aperitif. All the bars here are worth a visit, but one of the most raved about is certainly the splendid, dimly lit and essentially bruxellois Mappa Mundo, complete with colourful stained glass windows and ancient memorabilia. In summer, the heavy wooden shutters upstairs are thrown open, giving a great view of the busy street below. If Mappa Mundo is too busy, cross the square and visit the Halles Saint-Géry, an impressive historic market hall, and now a trendy bar and art gallery. 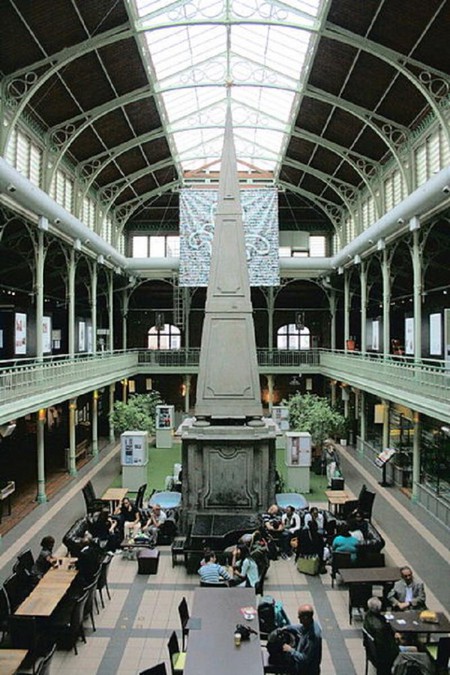 Mussels season runs throughout winter and moules marinière is definitely worth a try, but central Brussels’ best-kept culinary secret is Fin de Siècle, a cosy neighbourhood eatery just metres away from the tourist trail and right around the corner from Saint-Géry. The cuisine is a quirky mix of typical Belgian fare and idiosyncratic international influence, with the sausage and stoemp (mashed potatoes), as well as the ever-Belgian carbonnade among the signature favourites.
Options for after-dinner drinks abound in this bustling area of the city, but one of the least touristy and spectacular venyes is L’Archiduc, the ultimate hip bar in Dansaert, just a few metres away from Fin de Siècle. Etablished in 1937, this tiny venue hosts live jazz concerts in its beautiful art deco setting. Get a seat on the upper mezzanine and try their exclusive George Simenon cocktail.
Insider Tip: Avoid the touristy Delirium bar. Although it promises an entertaining evening in the company of over 2,000 varieties of beer, the full choice is only available in the small area downstairs, and most of their must-try Belgian beers can also be found elsewhere.

Skip the generic hotel breakfast and make your way towards Sainte Catherine, a spacious square crowned by a 19th century church bearing traces of gothic and Roman architectural styles. Opposite the square is Charli, an inconspicuous bakery with arguably the best pain au chocolat outside of France. Enjoy a slow breakfast in this no-frills shop and gaze at the ancient map of Brussels that doubles as the bakery’s wallpaper. 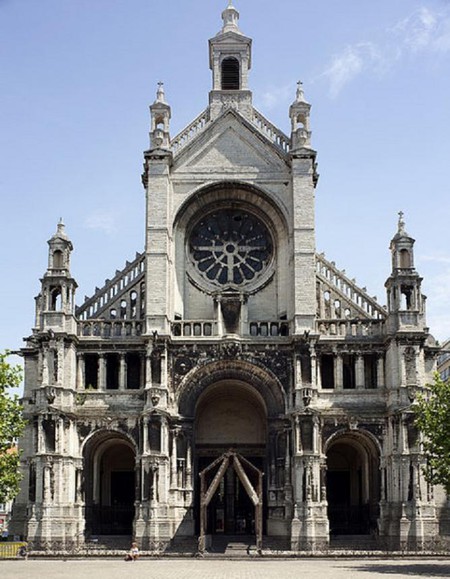 From Sainte Catherine, head down to the heart of central Brussels, home to the historic bourse, the gorgeous Grand Place and the larger-than-life Manneken Pis. A maze of narrow alleyways lined with shops, cafes and tourist traps will lead you from the imposing neo-renaissance bourse, or stock exchange, towards the most beautiful city hall square in the world. On the Grand Place, you should take a long, careful look at the roofs of the buildings around you – many have intricate sculptures sitting on top. Rue Chair et Pain, on the northern side of the square, will then take you to Manneken Pis, ‘the peeing boy’, Brussels’ most famous and almost self-deprecating ‘monument’. The hole-in-the wall shops around there may seem touristy, but they actually sell delicious waffles at very low prices. Opt for the Liège, rather than Brussels waffle, and choose one of the decadent toppings (although the plain waffle is decadent enough for some). 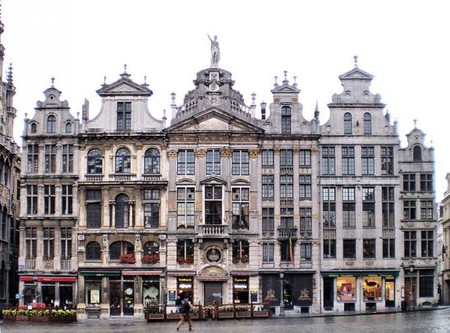 Leaving the Manneken Pis behind, head south to the charming and exclusive neighbourhood of Sablon – on your way, you might just be able to spot some murals of Tintin, Belgium’s most famous and respected (albeit fictional) citizen. Stop by the Church of Notre-Dame de la Chapelle, where painter Pieter Bruegel the Elder is buried, and walk on towards Grand Sablon and the 18th century Notre Dame du Sablon church. There’s usually a small flea market here on weekends, so spend some time perusing before you decide where to get your delicious Belgian chocolates. The square is home to several high quality chocolatiers, including the pricey and fashionable Pierre Marcolini, the failsafe Godiva, affordable Leonidas and exclusive Wittamer.
Insider Tip: Although many Belgian chains sell unforgettable chocolate, the true heaven for any self-respecting chocoholic is actually located a few kilometres away, in a tiny shop called Vandenhende. Kenny, the owner and manager, crafts his chocolate creations with infinite care and love, making them the best pralines in Belgium (and maybe even the world). 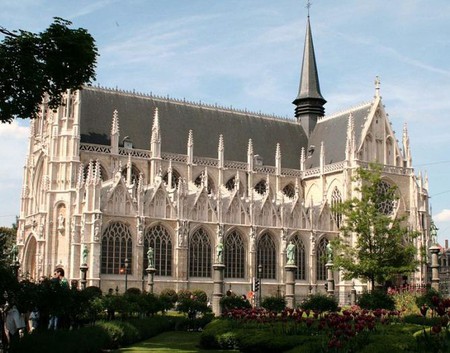 Have a relaxed lunch somewhere around Grand Sablon, either in one of the numerous restaurants on the narrow Rue de Rollebeek (between the Pierre Marcolini shop and Café Leffe), or on the square itself. L’Entrée des Artistes is a chic, artsy restaurant specialising in Belgian cooking, and, on the other side of the square, the newish Comics Café is a tribute to Belgian comics, with original illustrations by the likes of Hergé and Uderzo adorning the walls and a bronze statue of Tintin standing proudly at the entrance.

After lunch, walk up the Rue de la Regence towards the Place Royale, or Royal Square. Turn around and catch a glimpse of the stunning Palais de la Justice, eternally buried under thick layers of scaffolding. Continuing up the wide avenue, you will soon arrive on a historic square where Belgium’s national museums are located. Pop into the recently opened Musée Fin-de-Siècle, which houses a small but well curated collection of Belgian turn-of-the-century art, or the Magritte Museum, home to an impressive number of paintings by Belgian surrealist René Magritte. If none of these is appealing enough, continue walking across the square, also known as the Mont des Arts (look left for a photo-worthy panorama of Brussels and the imposing gothic tower of the Town Hall), until you get to the Royal Park. The Royal Palace is on the right, but all culture lovers should take a stroll around the pretty park before heading down to the amazing BOZAR via a small staircase located on the western side of the park, just opposite the Palais tram stop. 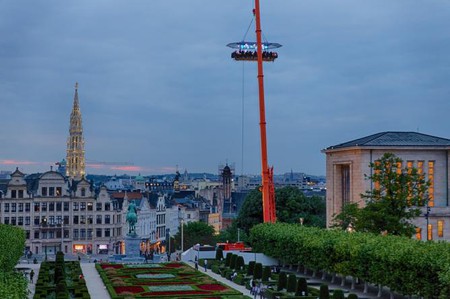 See what’s on at BOZAR, Brussels’ premier contemporary art institution, which hosts all manner of events, from exhibitions to concerts and debates. There is usually a show worth seeing here, such as the mind-blowing exhibition of paintings by Belgian contemporary Michael Borremans. Spend some time walking around BOZAR’s art deco building and enjoy the lively, youthful spirit of the venue.