Close your eyes and try this very simple exercise: fast forward to 2050! How do you imagine the world to be like by then” How does the future look to you” This is the starting premise of many of the artists who participated in 2050, A Brief History of the Future, exhibited in the Royal Museums of Fine Arts of Belgium (RMFAB). Let’s go back to the future! 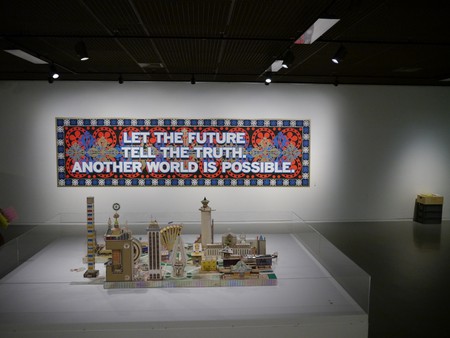 A Brief History of the Future: A Brave and Controversial Look at the Twenty-First Century, by French writer Jacques Attali, is an international bestseller that casts a glimpse of what the planet Earth will be like in 50 years. Attali divides the history of mankind into three major political orders: the ritual (theological) order, the imperial (territorial) order, and the market (individualist) order. Based on the laws of the past, the book unfolds the future in five different waves that go from the decline of the American empire to a state of hyper democracy.

Inspired by the book, the Louvre Museum in Paris and the RMFAB in Brussels are holding complementary expositions that showcase more than 70 contemporary works by Belgian and international artists aiming at rethinking the future. The themes of over-consumption, environmental concerns, the ever-growing individualistic society and global conflicts are very present throughout this futuristic exercise. 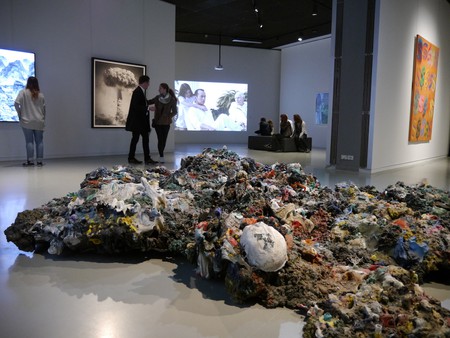 The trip starts in California, early 1980s, when the Silicon Valley started introducing technology into people’s lives. The buzz of modern life is present with Metropolis II, a work by American artist Chris Burden. Consumption and capitalism are well portrayed in Edward Burtynsky printing of Oil Fields — a huge, almost surrealistic, oil field stretches out until the horizon in the California desert. No nature, no humanity — only technology overpowering the landscape.

This leads to one of the biggest concerns of today: protection of our endangered planet. Belgian artist Maarten Vanden Eynde presents one of the most confronting works of the exhibition. In 2008, the artist learned about the existence of a plastic continent somewhere in the north Pacific. The East Garbage Patch supplied him with waste he then melted forming a sort of coral reef. Over the years, Vanden Eynde has collected more than a ton of plastic waste. Plastic Reef is the result of that work which aims to raise awareness to the pollution in our oceans and the disappearance of coral reefs. 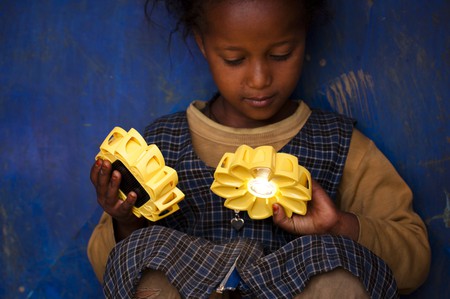 It is also worth mentioning the project by artist Olafur Eliasson and engineer Frederik Ottesen calledLittle Sun. For 22 euros, either online or at the Magritte Museum in Brussels, you can buy a solar-powered lamp that offers up to ten hours of clean energy. This allows people in ten African countries to have access to cheaper lamps. The project states on its website that its mission is ‘to provide clean, solar-powered Little Sun light to as many people in the world as we can, focusing our reach particularly in off-grid areas, which need light the most.’

Paradoxically to the concern with the less developed countries and environmental issues, people will then pass to the stage of Over-Consumption, according to Attali’s book. As a metaphor to this, meet the world’s most expensive photograph titled 99 cent II by German artist Andreas Gursky — it sold in 2007 for US$ 3,346,456. It depicts shelves in a supermarket with its colorful products ever at our disposal.

Following Jacques Attali’s predictions, the world will become stateless, a global market without democracy where the markets will create its own rules and order through the implementation of private and auto surveillance and where life will take most of its place in the virtual world. The Feast of Trimalchio, by Russian collective AES+F, is built upon the idea of a video game. The film shows the existence of a wealthy elite, following the creation of the market empire. 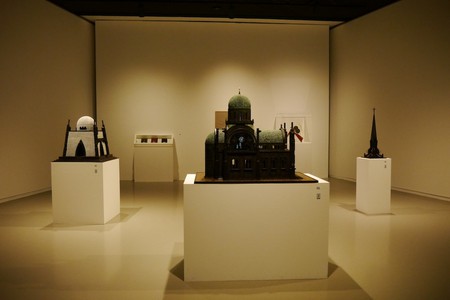 The liberal capitalism will then collapse into a state of Hyper-Conflict. According to Attali, ‘New ideologies, secular or religious, will triumph, with the purpose of imposing by force a new sense of the long term, rejecting democracy, globalization, the market and all forms of freedom.’ Sadly contemporary is the series of reliquaries by Al Farrow, a set of mausoleums dedicated to the link between armed conflicts and religious beliefs. The artist uses old weapons to create religious objects in three main religions: Judaism, Christianity and Islam.

The last stop of this trip to the future is the state of Hyper-Democracy, which will only be reachable if the world manages to survive the stage of Hyper-Conflict. The book and the exhibition end on a positive note — the idea that mankind can succeed in establishing a sustainable egalitarian society. Let the future tell the truth. Another world is possible. is a seven-meter wide canvas created my Mark Titchner that aims at inspiring and rallying people together.

Having the best hopes for humanity, Attali’s book believes utopia will then be possible through art: ‘This is its greatness and will be its responsibility, as art lies at the forefront of boldness.’