19 Awesome Brusseleir Words You Need In Your Life 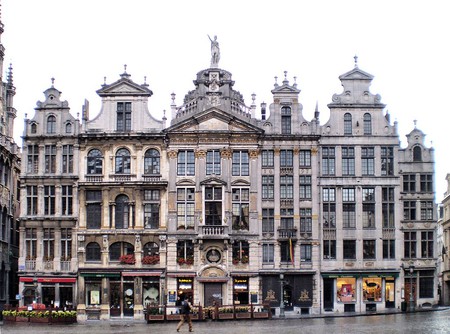 The Brussels dialect, or Brusseleirs is an incredibly rich patois which borrows from both Dutch and French. Although it is unfortunately not spoken as much these days, here is a list of some of its most typical vocabulary.

Meaning: A loser, someone who is always unlucky.

Meaning: A joker, someone who tells a lot of tall tales.

Meaning: A disreputable bar. Originated from the French for cabaret douze, which was the lowest rank of café/bar in the 19th century.

Meaning: Someone who is from Brussels, literally a chicken-eater.

Meaning: Someone who talks a lot.

Meaning: A monkey, or a naughty boy.

Meaning: Someone who has no ambition in life.

Meaning: A person who always hangs around the bar.

Meaning: A pretty girl, or girlfriend. Often used in conjunction with schuun (as in beautiful), e.g. e schuun mokke.

Meaning: When something is rubbish or bad quality.