12 Songs You Need To Listen To When In Brussels 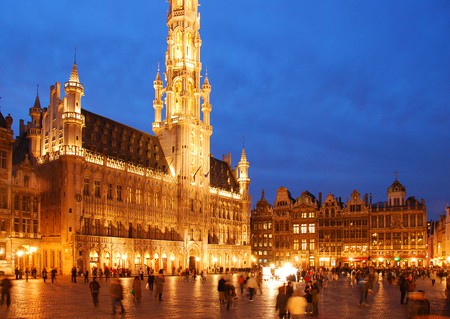 Whether you’re an admirer of chanson ballads or a devotee of electronic music, you’ll find your tune among the vast and diverse creations of Belgian musicians of past and present. Representing a range of music genres and international acclaim, the following 12 songs embody the perfect Brussels experience.

Renowned jazz musician, Brussels-born Toots Thielemans made use of both whistling and guitar to craft this world famous tune. Thielemans first recorded the song in 1962 and American lyricist Norman Gimbel later added lyrics to the hit.

Irrefutably the song most famously associated with Brussels, this track was recorded by Jacques Brel in 1962 for his sixth album Les Bourgeois and is an absolute must-listen when visiting the Belgian capital.

Salvatore Adamo, known professionally as Adamo, is the best-selling Belgian musician of all time despite being of Italian origin. Arguably his most famous hit to date, ‘Tombe La Neige’, translating to ‘The Snow Falls’, is a great song to listen to during brisk winter months in Brussels.

While you may not recognize the name, you’ve most likely heard this catchy tune. ‘Ca plane pour moi’ is a French expression translating to ‘everything is going well for me’ (literally: it is gliding for me). The song, by Belgian singer Plastic Bertrand, is a funky track which has been categorized as both punk and new wave.

Technotronic – “Pump Up The Jam”

This song needs almost no introduction, having been certified a triple platinum hit since its release in 1989. A Belgian music project, Technotronic rose to fame with ‘Pump Up The Jam’, which was a pioneering fusion of house music and hip hop and one of the first of its kind to emerge from outside of the Chicago house music scene.

Daan is a Belgian music act, essentially a solo project, led by Daniel Stuyven (AKA Daan). With a gritty and bluesy, yet folksy sound, Daan’s ‘Icon’ peaked at number two on the Ultratop charts in 2009.

Widely considered Axelle Red’s signature song, ‘Sensualité’ was certified gold and maintained the number two position on the French charts for six weeks in 1994. Though she was born in Flanders, Axelle Red primarily sings in French.

A rock band from Antwerp, dEUS have been active since the early 1990s when they became the first Belgian independent band to sign to a major international record label. ‘Little Arithmetics’ is a track off of their second studio album In a Bar, Under the Sea. The video for the song features an endearing Belgian moment where the band shares a good ol’ pot of moules (mussels).

Hooverphonic – “Mad About You”

Another Belgian band that formed in the 1990s, Hooverphonic incorporates a variety of genres into their music. A single off the album The Magnificent Tree, ‘Mad About You’ features elements of trip hop and ambient music and can easily be considered the band’s masterpiece.

Previously the frontman of Belgian band TC Matic, Arno has had much success as a solo artist singing in French and English. ‘Les Yeux de ma Mère’, accentuated by the husky tones of Arno’s voice, is a really beautiful tune to absorb while strolling the streets of Brussels.

The music video for Stromae’s ‘Formidable’ sees him visibly drunk, wandering around the Louise/Louiza tram stop in Brussels’ busy uptown district. Onlookers initially thought he was actually intoxicated and confused, and images of the scene went viral. It was later revealed of course that hidden cameras were filming him for his upcoming music clip. An exciting track, the song was a number one hit in Belgium and France in 2013.

A massive hit, ‘Reality’ is the second single from Belgian DJ and music producer Lost Frequencies, whose actual name is Felix Safran De Laet. Released in May 2015, the song subsequently played nonstop on radio stations across Belgium and continental Europe. Anyone based in Brussels after its release will undoubtedly consider it one of their summer anthems.

The theme song for the Belgian national football team at the 2014 World Cup. Need we say more?