11 Things to Know Before Visiting Belgium 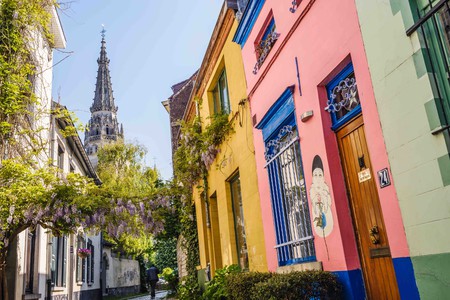 Traveling to the land of offbeat peeing statues and idyllic historic cities is generally not a dangerous undertaking. It’s better to be safe than sorry though, and these 11 practical tips should help you make your Belgian trip as carefree as possible.

In case of an emergency, call either 112 (the general European emergency number) or, even easier to remember, 100 (the Belgian number). These two will connect you to the same call center that will be able to provide you with an ambulance, the fire brigade, and so on. In case you need to reach the police, dialing 101 is still the fastest way to get an officer on the phone.

To find the pharmacy or apotheek closest to you, look for a bright green plus sign in the streets or simply visit apotheek.be. The site is in French and Dutch, but you only need to type in your location and postal code (here’s an overview) to pin down the closest apothecary on duty between 9 am and 10 pm. The number to reach outside of those hours is 0903/99 000. 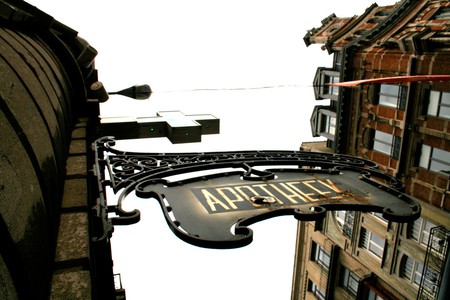 When exploring Europe or any EU country, the European health insurance card will make sure you receive the same level of healthcare as the residents of that country. The card is individual, so every member of your traveling family will need one. The EHIC is free of charge, but do keep in mind that you need to pick it up in advance from the health fund in your home country.

Belgian commuters might not always admit to it—we all like something to complain about—but the country’s railway system runs pretty efficiently compared to that of some other European friends. Reasonable fares and fast connections make trains the best option for travel between cities, and pets can even come along. Travelers intent on seeing several historic cities in Belgium are often served best by a Rail Pass, a 10-trip card that comes down to €7.70 per train ride, no matter what the Belgian destination, and can be used by multiple passengers. Backpackers under 26 can travel for €5.20 a journey with the Go Pass 10, also a 10-journey card. If you’re talking just a one-way trip, the Go Pass 1 takes young people anywhere for €6.20.

Jump on those student/-26 discounts

Speaking of discounts—tons of museums, exhibit spaces, and public institutions will charge students and/or anyone under 26 significantly less. Make sure to have your student card or ID on you when museum-hopping to experience the work of Magritte, Rubens, and other iconic Belgians at a bargain.

Belgium’s system of government is a bit of a hodgepodge with seven different parliaments in the mix, but the main thing the traveler passing through needs to take away from its fractured democratic identity is its three different languages. While Dutch (or Flemish) is the language spoken in Flanders, the country’s northern half, French rules from Brussels southwards. And then there’s Eupen-Malmedy, a small leftover from the Treaty of Versailles that functions as a geographical bridge between Germany and Belgium. German is still the predominant language in this tranquil region. It would all sound pretty daunting if it weren’t for the fact that most Belgians speak a good word of English.

You wouldn’t be the first unsuspecting traveler who landed in Belgium and thought they would reach the center of Brussels in a swift 15-minute train ride, only to discover they’re actually not in the cushy airport with the underground railway station but rather the one with a bus 20 minutes from a train station (Charleroi-South) whose fastest connection to the capital takes another hour. A lot of Ryanair flights arrive at or depart from Brussels-Charleroi only, so pay attention when booking your tickets and be certain of which “Brussels” airport you’ll be landing at. The one closest to the capital is Brussels International Airport, also known as Zaventem. For the smoothest connection to most Belgian cities as well as direct trains to Amsterdam, Rotterdam and The Hague, Zaventem is the best pick, though be aware that a surcharge or “diablo” of €5.25 will be added to the price of your ticket.

Hold on to your train ticket

You’ll need it to enter Brussels Airport (Zaventem) when taking a flight there, and since 2015, train passengers must scan their tickets at the gates in order to gain entry to the airport. Children under the age of 12 who travel for free can pass the gates on the side with the help of airport staff.

To not deny their 16- and 17-year-olds the pleasure of a cold Belgian brewski on a hot summer’s day, the government has set the legal drinking age at 16 for beers and wine. Liquors, cocktails, breezers and any alcohol above 22% is off limits until the age of 18. There was some talk of upping the legal age for all alcoholic beverages to 18 to match that of most other European countries in 2013, but not even many parliament members were enthused by the proposal. 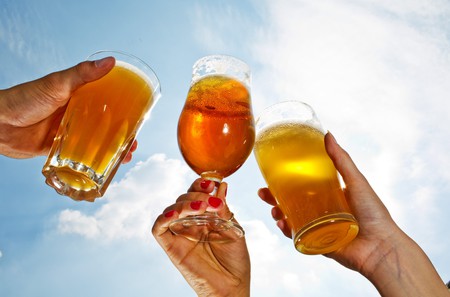 Save for veggie haven Ghent and other big cities such as Brussels and Antwerp, vegetarians can be met with a hard time when exploring Belgium. Burgundian as they are, Belgians love their meats. When straying from urban centers, bear in mind that countryside villages might not have a vegetarian restaurant to speak of, let alone a vegan buffet. That’s not to say the country doesn’t boast a few excellent vegetarian places. You just have to know where to go.

Contrary to social custom in the U.S., neglecting to tip your waiter in Belgium doesn’t automatically make you a monster. Belgian servers earn living wages, so while tipping remains a kind thing to do, it’s not required. Usually, people will reserve it for occasions when they feel the service was particularly delightful.