11 Of Brussels’ Most Charming Interiors 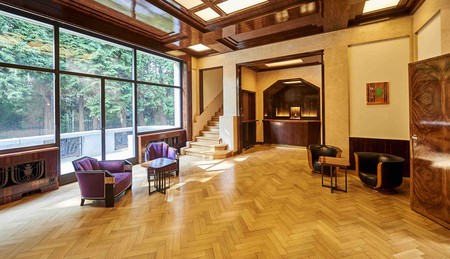 For a glimpse at the sumptuous Art Deco and Art Nouveau interiors the Belgian beau monde liked to surround itself with during the 20th century, Brussels is an excellent choice. Throw in a recent batch of trendy concept stores and design galleries, and you’ve got a city whose indoor dwellings are a sight for sore eyes.

Instead of setting up their collection of design furniture in a cold window display, the co-founders of Ampersand House – Ike Udechuku and Kathryn Smith – decided to show off their carefully curated gems in the setting they most belong: a home. Their Brussels townhouse is often the venue for eclectic expos where, contrary to most galleries, you can actually touch and try out valuable pieces. Since Ampersand House is Udechuku and Smith’s actual home, visits naturally come by appointment only. 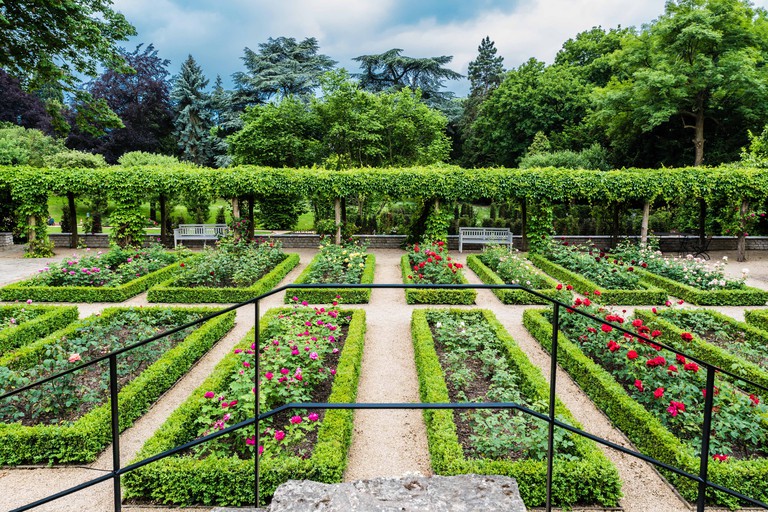 Van Buuren Museum in Uccle, Brussels | © Werner Lerooy / Alamy Stock Photo
The Van Buuren Museum tells the story of David and Alice Van Buuren, a Brussels patron couple that moved among the most prestigious of artistic circles in the previous century. Nestled in Uccle, their villa, or ‘living academy’ as Alice would refer to it, is an Art Deco masterpiece in its own right where guests such as René Magritte and Jacques Prévert would swing by. Every meticulously thought-out room still boasts its original furniture, designed by the most en vogue designers of the day, including the Paris Studio Dominique pour Arts et Décoration and decorative artists Jaap Gidding and Léon Cachet.
Open In Google Maps
41 Avenue Léo Errera, Uccle, Bruxelles, 1180, Belgium
+3223434851
Visit Website
Give us feedback

There are four of them, and they’re all the product of the same visionary mind. Brussels is dotted with gems by 20th-century Art Nouveau hero Victor Horta, but it’s his four houses in the center of town, Ixelles and Saint-Gilles that have been selected to be part of UNESCO’s World Heritage list. If you have to pick just one due to time constraints, visit the Horta Museum. At the architects’ own home and atelier, even the doorknobs have an Art Nouveau twist to them. 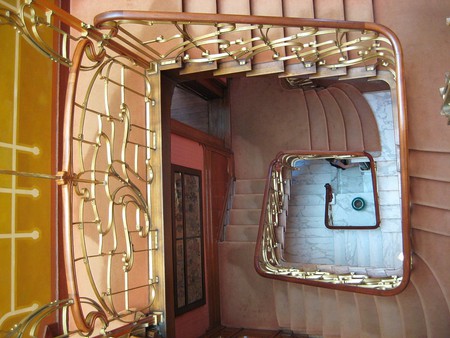 The granddaddy amongst Brussels’ concept stores, Cook & Book comprises nine thematic bookshops, each with their own matching design. Particularly pleasing is the British section where thick carpets, dark wooden bookcases, traditional library lamps and even a tearoom with jam scones set the mood. 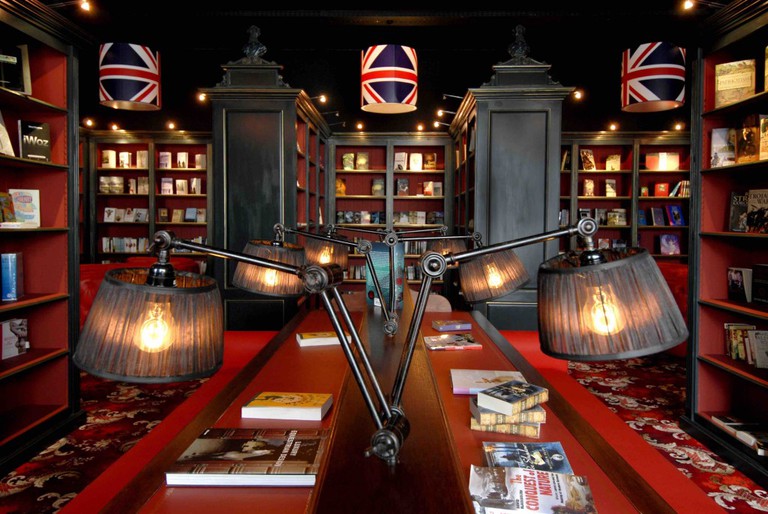 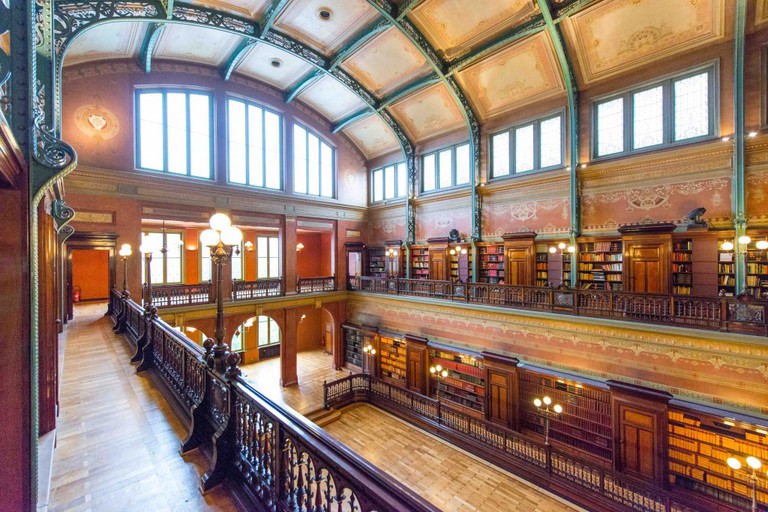 Solvay Library | Courtesy of Edificio - Solvay Library
The Solvay Library’s book and balcony-lined reading room speaks of grand academic ambitions. Originally erected in 1902 with the help of a host of Belgian greats – benefactor Ernest Solvay, architects Constant Bosmans and Henri Vandevelde and sociologist Emile Waxweiler – to house the Institute of Sociology, the venue was vandalized after it was left unoccupied after 1981. Now restored to its full glory with a basilica-shaped lecture hall and the original staircase, the library has become quite the nostalgic event venue.
Open In Google Maps
137A Rue Belliard, Bruxelles, Bruxelles, 1000, Belgium
+3227387596
Visit Website
Give us feedback

As far as concept stores go, you can’t go wrong with a smart combination of plants and lunch. In The Little Green Shop – which already looks stunning from the outside with its dark green shop front – owners Sarah and Nicolas have combined their fragrant friends with stylish furniture and the option to drink or eat something. The result is the possibility to enjoy their popular vegetarian brunch amidst a cheerful chaos of greenery and oddly shaped cacti. 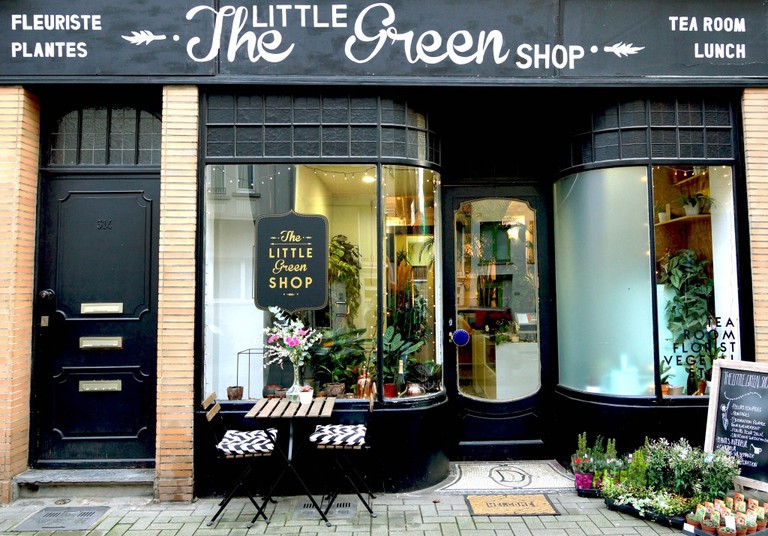 When in the mood for an upscale dining experience, Belga Queen, with its grand old bank décor, is one of your best bets. The modern Belgian cuisine and Antoine Pinto’s sumptuous interior are enough to give a luxurious touch to any occasion. Only those eschewing excess should steer clear of the restaurant with its Ionic pillars and arched stained-glass ceiling. 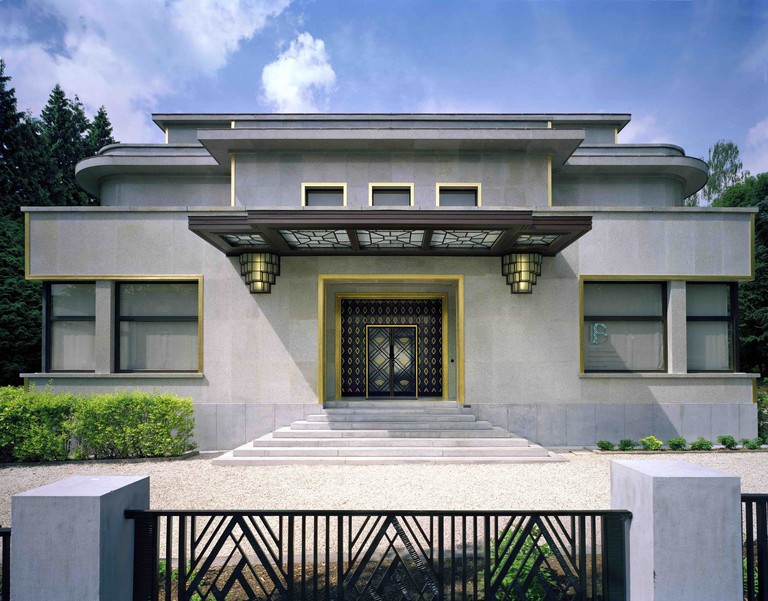 Villa Empain is an Art Deco masterpiece in southeast Brussels | Courtesy of Boghossian Foundation
Often mentioned as a total work of art for the ultimate harmony between its exterior and interior, Villa Empain is Art Deco through and through. The 2500-square-meter villa was commissioned to Swiss architect Michel Polak in the early 30s by the just 21-year-old Baron Louis Empain. Behind the façades of polished granite lies an interior dictated by tight lines and further refined by large swaths of marble, precious woods, and innovative uses of glass and wrought iron (the front door is a thing of true beauty). Today, Villa Empain is a cultural center that aims to create a dialogue between the cultures of the East and the West.
Open In Google Maps
67 Avenue Franklin Roosevelt, Bruxelles, Bruxelles, 1050, Belgium
+3226275230
Visit Website
Give us feedback

Bookstore
Facebook
Email
Twitter
Pinterest
Copy link
Share
Map View
In the Galeries des Princes, a more tranquil part of the Galeries Royales Saint-Hubert, we find the somewhat hidden bookshop Tropismes. One reason for looking it up is its renowned literature and fine arts sections; another is its Louis XIV-esque interior. A former dance school and jazz den, its ornate ceiling is clad in gold and its walls in lengthy mirrors.
Open In Google Maps
Bruxelles, Bruxelles, 1000, Belgium
+3225128852
Visit Website
Give us feedback

The last of Brussels’ swell-looking concepts on this list is Living Room, where Scandinavian furniture meets healthy lunch. Owner Maxime selected a sunbathed industrial space near the European Quarter to transform into the gallery/eatery of his dreams. Here, it’s possible to buy the lounge chair you’re sitting on and the mug you’re drinking out of.

An undeniable force of jazz in Brussels, L’Archiduc has welcomed everyone from Miles Davis to Nat King Cole and Tony Bennett. It’s not hard to see what lures jazz greats to this Art Deco joint that first sprang to life as a rendezvous hub for businessmen and their secretaries before pianist Stan Brenders turned it into a jazz temple in the 50s. A doorbell and revolving door out of wrought iron will let you into a high-ceilinged bar that shines with retro splendor. 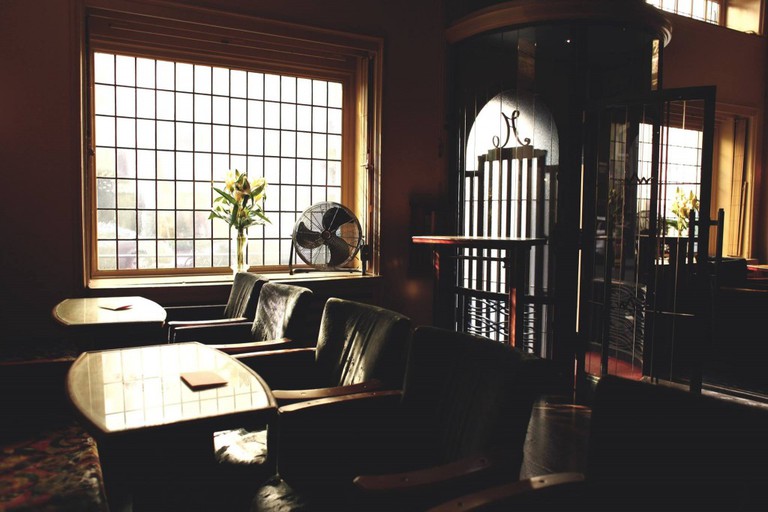