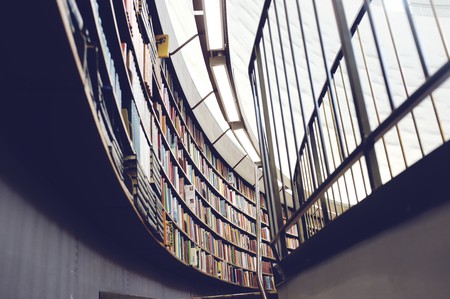 For a small country, Belgium has been an absolute hotbed of literary talent writing in both Dutch and French. It wasn’t just a lucky streak in the middle of the last century either, as the household names of today show no signs of backing down to their precursors. Here is an overview of the best contemporary fiction to come out of Belgium in the last decade.

Belgium’s newest literary darling has set foot onto the scene in spectacular fashion this year. It Melts, by 27-year-old Lize Spit, is the gripping tale of a messed-up childhood in the smallest of villages – one that has led to a lonely life and a craving to settle the score for protagonist Eva. With an enormous block of ice in the trunk of her car, she heads back to her hometown. Numbers speak for themselves when your debut novel gets offers from six publishing houses and is currently being translated into eight different languages (including English).

The sad stories and weird troubles of a West-Flemish town as told through the eyes of newcomer Nicholas. Thirty Days is one of those novels that isn’t driven by a riveting premise – its easiest summary would be a bunch of neighbors complaining to their handyman – but entirely depends on the stylistic graces of their author. With smirk-inducing wit and a characteristic strong love for society’s black sheep, Annelies Verbeke uses Nicholas as a blank slate willing to listen to every oddball in need of a shoulder to lean on.

1968: the year of Sartre, of student protests and the first man on the moon. It’s also the birth year of Peter Terrin, established champion of Dutch-language literature, and the period in which he decided to set his latest novel. The fast-paced, high-society environment of Formula 1 racing proves the perfect setting for Terrin’s tight prose. When Team Lotus mechanic Jack Preston saves movie star Deedee from a terrible crash, he finds out that selfless acts don’t always come with rewards.

Sometimes called the best Belgian book of the last quarter century, War and Turpentine has all the ingredients a contemporary epic one could ever ask for. A courageous soldier, a gruesome war, a love long lost. Based on his grandfather’s actual memories, veteran author Stefan Hertmans – always considered somewhat of an intellectual – has tapped into his family’s past to create a story that finally resonates with a wider audience. The prestigious ECI Literary Prize – the grand reward for writing the year’s best Dutch-language novel – was his for the taking.

Few occasions are as ripe for high tensions and escalating resentment than a family party, Ivo Victoria (real name Hans Van Rompaey) must have thought. His second novel plays increasingly like a dream as a surrealistic film gently covers the story about a lawn celebration caught up in collective paranoia. After the disappearance of estranged Uncle Lex and pubescent daughter Billie, characters and readers lose sense of what’s real in a bizarre puzzle of fear and prejudice.

The washed-up Hollywood tycoon Louie Peters has somehow ended up in Brussels and called upon a biographer to immortalize his former life across the ocean. Over a hundred years old and with glamorous stories up the wazoo, the living embodiment of the American Dream is author Jan Van Loy’s way into an expansive epic of the early movie industry. Superficial yet likable, Louie guides us through Hollywood’s many different periods, with a prose style and ambiance to match. Who would have thought a Vlaming like Van Loy would have the charm of old Tinseltown down to a tee?

The result of a 24-hour experiment, Une Très Petite Surface is an especially intriguing read knowing that the author wrote it in the span of just one day. Inspired by the American television series 24, Nicolas Ancion had himself locked up at the 2010 Brussels Book Fair to meet the challenge of creating a crime novel out of thin air right then and there. While not exactly being Ancion’s best book, the 85-page manuscript reveals the temperament and vision of a gifted crime writer.

A novel, yet not quite. Speechless is the reflection of one of the most celebrated contemporary novelists of the Low Countries on the death of his mother. Intensely autobiographical yet dubbed ‘a novel’ all the same, speechless is what Lanoye’s mother becomes after a stroke renders her words incomprehensible. In a book bursting at the seams with anecdotes, the author gives language back to the exuberant lady who raised him. Whether at her most obnoxious, hilarious or tender, the authenticity of these word pictures is what sticks to the reader like glue.

The second to last work by intellectual Henry Bauchau is a reflection on death, though it never becomes depressing. On the contrary, Le Boulevard Périphérique is Bauchau at his most personal and most moving. In it, the 96-year-old author – who moved in the circles of legendary thinkers such as Albert Camus and Jacques Derrida – sketches the thought process of a man who comes to see the value of empathy in his old age. The title is a reference to Bauchau’s beloved Paris, the place the Belgian had lost his heart to decades ago.

The years that best-selling powerhouse Amélie Nothomb spent in Tokyo during her childhood and her early twenties have left a mark her faithful readers are well aware of. Considered a follow-up to the popular Fear and Trembling, the semi-autobiographical Tokyo Fiancée again details the prolific author’s fascination with oriental culture. This time, an affair with a Japanese suitor serves as the impetus for fun, revelatory discoveries about the way of life, each more exciting than the next to young Amélie.