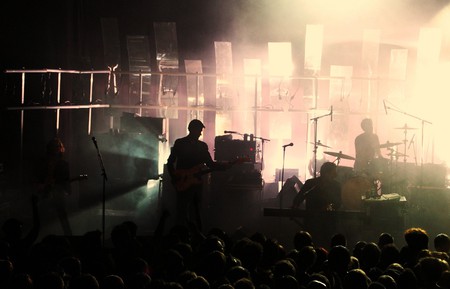 Although Brussels is well known for its chocolate, its Grand Place and its labyrinth of tiny streets, its beers, and for Mannenken Pis, there is so much more to the city, not the least its music. Throughout the years, the city has produced and still is producing amazing singers and musicians known the world over.

A singer, songwriter, Jacques Brel is nowadays considered the master of modern music. Largely known in Belgium and France and singing mainly in French and occasionally in Dutch, he has also collaborated with major names like the late David Bowie and Leonard Cohen. Many of his songs have been translated into English and performed by top musicians such as Ray Charles, Frank Sinatra, Nina Simone and Judy Collins. But the man was more than a singer and boasted an acting career as well, playing in 10 movies, including Far West and L’Emmerdeur. Though he passed away in 1978, Brel still enjoys an enduring influence in Belgian culture and music.

Born in 1922, Jean-Baptiste Frédéric Isidor Thielemans, aka Toots, started his career as a guitarist. After moving to the United States in 1952 where he collaborated with Miles Davis and Dinah Washington, he added to his skills the harmonica as well. We owe him Bluesette, his breakthrough piece, which features guitar playing and whistling in unison. First titled ‘Bluette’, like the little flower widely common in Belgium, he later changed it to Bluesette, as the tune reminded his producer of blues. After that, he collaborated on many projects such as TV shows, including Sesame Street, the movie Midnight Cowboy and the Flemish TV series Baantjer.

Jean Vanobbergen is better known as Le Grand Jojo (Big Jojo, or Lange Jojo in Dutch). The singer has worn many hats in his lifetime, first as comic book artist and an illustrator, juke box seller, record sales clerk and musician. It is while working in the record store that he realised the lack of variety music that he started his singing career. Famous for his drinking songs, like On a soif (We are thirsty), La petite bête à bon Dieu (the Ladybug), and E Viva Mexico, Le Grand Jojo is the epitome of what the belgitude is, a concept used to express Belgian identity and spirit marked by self-deprecation. In other words, c’est du Belge!

Roger Jouret, aka Plastic Bertrand is a Belgian musician and songwriter made famous with his greatest hit: Ça plane pour moi, released in the 1978. The song, internationally known, has been adapted in English as Jet Boy, Jet Girl. The song is featured in the movies European Vacation, 127 Hours and Ruby Sparks. In 2011, the French version was used as the opening title song for Jackass 3.5. However this success is tainted by the legal issues surrounding the song, as the singer recognised in 2010 that he never actually sang any of the songs in his four albums, including his international hit. Indeed, an expert stated that it was Lou Deprijk, Bertrand’s producer, who is the voice behind the song. Nonetheless, Plastic Bertrand will always be considered as an icon of the Belgian music industry.

Born Lara Crokaert in Etterbeek, on January 9 to a Flemish father and a Sicilian mother, Lara Fabian is the best-selling Belgian female artist of all time. One of her main hits was when she represented Luxembourg at the 33rd Eurovision song contest and performed Croire (Trust), landing at fourth place. She later moved to Montreal and gained success with her Carpe Diem album. In 1996, she was chosen by Walt Disney Studios as the voice of the character Esmeralda for the French Canadian film version of The Hunchback of Notre-Dame. Her fame was sealed when she signed a contract with French record company Polydor and launched her album Pure, which features hit songs like Tout, Je T’aime and La Différence. In less than two weeks, the album gained platinum status in France. And the rest is history. Still performing today, her current projects involve performing duets in other languages besides French, such as Italian, German, Spanish, Turkish and Greek.

Founded in 1986, Vaya Con Dios is a band mostly known for its eclectic music style, seamlessly mixing different genres such as gypsy music, jazz and opera. Originally formed by lead vocalist Dani Klein, Dirk Schoufs and Willy Lambregt, the band later became more of a one woman act in the 1990s as Klein simultaneously acted as co-producer, singer and songwriter. With time, her music evolved more and integrated Arabic and Indian influences as it is brilliantly illustrated in the Don’t Break My Heart music video. Though French-speaking, Klein has always sung in English, as she jokingly said she didn’t want to enter in competition with the greatest French songwriters. Sadly in 2014, she said goodbye to the music world with a farewell tour with her last performance set at Forest National.

Composed of John Descamps, Mika Nagazaki, Greg Remy, Antoine Michel and Jean Waterlot, Ghinzu is a pure Belgian-bred rock band. Founded in 1999, the band released their first album, Electronic Jacuzzi, in 2000 available only in Belgium but their success overseas started with their second opus, which was released internationally. In 2006, they even wrote and recorded the soundtrack for the movie Irina Palm, which lead to more movie collaborations. Touring more in Europe in 2009, the band participated in summer festivals and concerts with Placebo and were the opening act for Muse in 2010 in Nijmegen, located in the Netherlands. After the success of their third album, the band confirmed their leading position and dominion over the Belgian rock scene.

This list would never be complete without Stromae. Originally from Laeken, Brussels, the young maestro gained international fame with its single Alors On Danse in 2009. Combining hip hop and electronic music, his album Racine Carrée enjoyed international recognition. He states that he has been greatly influenced by Jacques Brel, Congolese rumba (which he heard as a child) and Cuban music, which is strongly felt in various songs. His song Ta Fête became the anthem for the National Belgian Football Team at the 2014 World Cup. The same year, he debuted on American national television and performed at Coachella. More than great sounds, Stromae’s strength stems in his writing. Indeed, the artist plays with creative puns and metaphors and his views on modern society. Each hit leaves you wanting for more and wondering what his next move will be.

As well as a band and a stage name, Zap Mama is the musical act of Marie Daulne. She founded a female a cappella quintet which performs polyphonic songs and Afro-pop, Jazz and Nu-Soul music. Of Congolese (Ex-Zaire) and Belgian origin, Daulne called herself Zap Mama, as she constantly switches between her European and African roots. Through the years, her music has evolved from a five voice ensemble to a lead vocalist with many notable recognitions and nominations; her latest album, ReCreation was nominated for Outstanding World Music Album award by the NAACP. Her numerous collaborations include 1 Giant Leap, Bilal, Questlove, Erykah Badu, Common, Tony Allen and Sergio Mendes.

Born in Ixelles, Claudine Luypaerts, better known as Maurane, is another iconic musician from the lovely city of Brussels. The daughter of a director of the Music Academy of Verviers and a piano teacher, Maurane grew up in a music-filled world. In 1979, she took part in a show based on Brel and was discovered by French songwriter, Pierre Barouh. She then released a few albums under his label, but it was only in 1985 that her career took off, when she started singing in Paris. In 1988, she landed the role of Marie-Jeanne in the second edition of rock-inspired musical, Starmania. Her 1989 eponymous album features one of her greatest hit: Toutes les mamas. Since then, she has performed various duets and collaborated on many charity projects such as Sol en Si (Solidarité Enfants Sida) and Les Enfoirés, a collective of various personalities and singers performing at an annual concert for the Restos du Coeur. Her latest album, Ouvre (Open) is said to be her most authentic and thorough work, a genuine open letter from her heart to ours.