While Belgium may be a country of Burgundians, their culture goes far beyond their food and booze, however delicious those may be. Let these 10 films give you a better sense of a nation united by its fondness for a good underdog story, its taste for the absurd, and its pride in its humble beginnings.

Contrary to what recent headlines and media rumblings about Molenbeek might have you believe, Belgium is actually quite the ‘goody two shoes’ when it comes to respecting its law enforcement, and the late 90s and early 2000s saw a legion of cop shows and procedural dramas making their way into Belgian living rooms. Among these was Windkracht 10, chronicling the heroic acts of a specialized team of the Belgian Air Force. The popular series would eventually spin off into the film Stormforce, the country’s first sensational blockbuster with young up and coming actors Veerle Baetens and Kevin Janssens at the helm.

In the Academy Award nominated Daens, veteran actor Jan Decleir stars as the titular character, a priest and historical figure who fought to improve the miserable circumstances of Flemish factory workers in the late nineteenth century. The admiration towards Adolf Daens – champion of the blue collar worker – not only showcases the Belgian love for the underdog, but also a lingering and deep rooted respect for the Catholic Church.

In this film, stand-up comedian Urbanus – the bearded mastermind behind a popular comic book series who is also a gifted stand-up comedian – gives life to the unfortunately named character of Placide Smellekens. The naive and simple sort of fellow can’t seem to hold on to a woman for dear life until he winds up modeling for a beautiful woman, Sarah, through a bizarre set of circumstances. This boisterous comedy was the follow-up to Hector, an earlier collaboration between Coninx and Urbanus, and is still the third most successful film in Belgium. 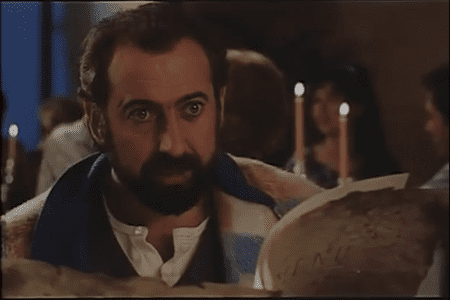 As its inhabitants are mostly descended from potato farmers, Belgium usually prides itself on its humble beginnings. While Oesje! might not seem like much more than a raucous comedy at first, this 1997 film is a perfect example of the classic Belgian ethos, where honest working class sincerity always prevails. As Kamiel Spiessens – a grey-haired, silly farmer with a lisp – actor Chris Van den Durpel fights tooth and nail to keep his land out of the claws of a soulless Dutch business tycoon who wants to replace his vegetable garden with a theme park.

A farmer movie of a very different kind, Bullhead follows Matthias Schoenaerts (Belgium’s most recent star to make it to the Hollywood limelight) becoming more bull than man by injecting himself with animal growth-hormones. With the small town Limburgish dialect requiring subtitles for even viewers from neighboring cities, director Michael R. Roskam moves away from the easily accessible comical stylings and slapstick of simpletons like Kamiel and Placide and shows a new kind of gritty realism that was previously only explored by the likes of the Dardenne brothers.

The underbelly of their own Wallonia has been Luc and Jean-Pierre Dardenne’s sweet spot for years. International appreciation for their films grew with La Promesse (1996) and was brought home by Rosetta at the beginning of the new millennium, when they unexpectedly reeled in their first Palme d’Or at the prestigious Cannes festival. Their unadorned, documentary like style of filming shows the lives of lower working class Wallonia at its most real and most bleak.

From the hand of Daens director Stijn Coninx – who is known for his Belgian themed preferences and who was made a baron by king Albert II – we have Marina, released in 2013. The biopic takes some liberties with the youth of singer songwriter and accordionist Rocco Granata, but at the same time, it depicts the true hardships Italian immigrants faced when they came to the country in large numbers during the fifties.

The first and most successful film produced by the Verheyden-Kiel duo – the power couple of the early Flemish cinema – was based on a beloved novel by Ernest Claes. The youthful shenanigans of the rascal known as ‘de Witte’ (meaning the blond boy) drew crowds to the theater like no other film to date, and the movie has spent decades influencing Belgian filmmaking. 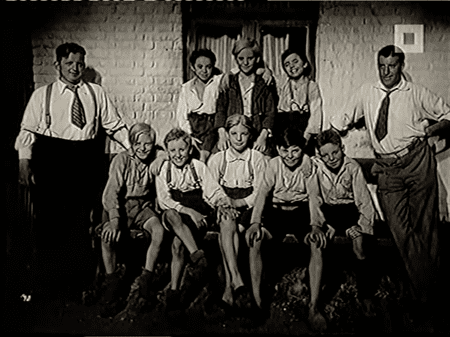 This film shows you Brussels after dark and lit up by neon lights through a grain so thick you need to blink a couple of times to make sure your eyes are okay. Rock journalist turned director Marc Didden sets an amazing mood in his no-holds-barred debut feature. Filled with existential crisis at every turn, the big city nightlife turns out to be Max the assassin’s downfall in this low budget cult classic.

Also set in Brussels, this Marion Cotillard and Benoît Poelvoorde vehicle has so many Belgian cultural references that it can be hard to keep track. Its title – a typical Flemish insult for someone who has gotten too big for his britches – is an immediate indicator of the absurd Belgian humor that fills this internationally well-received farce. Dikkenek throws political correctness overboard, embracing a certain vulgarity and mayhem in its storytelling that delights and disgusts simultaneously.