10 Cultural Experiences That You Can Only Find In Brussels 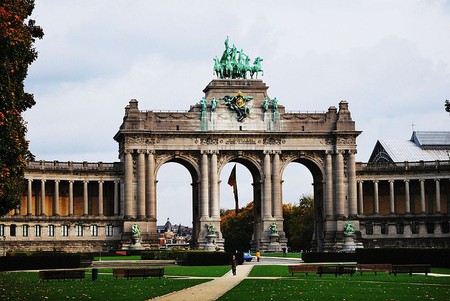 The dynamic Brussels life style and its unique multicultural environment have undoubtedly left their imprint on the capital’s cultural offering. With a wide range of museums, exhibitions, concerts, festivals and theater performances, Brussels honors the fine arts outstandingly. From a large cultural selection, we have fished the ten most exclusive metropolitan culture trips that you should experience. 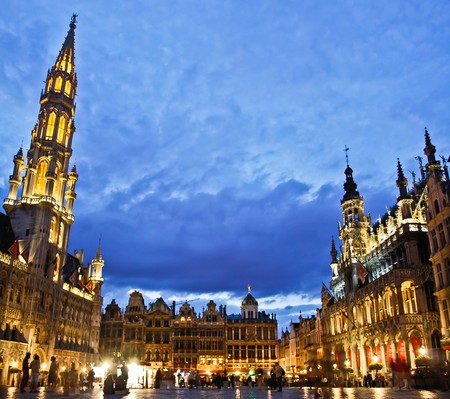 Have you ever dreamt about walking with dinosaurs? Do you want to be transported on a trip discovering the world’s natural history? With the largest dinosaur hall in the world, The Royal Belgium Institute of Natural Science is the ultimate prehistoric experience in Brussels! The fossilized skeletons of nine Iguanodons and the interactive displays featuring the fossilization process and dinosaur digs are the standouts of this breathtaking museum. But dinosaurs and fossils are not the only unique experience, you can also expect an incredible display of permanent and temporary exhibitions that will take you on a trip around the world and dream about a journey through time. 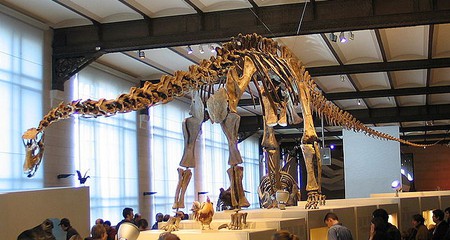 As one of the standards of Belgian culture, the comic strip obviously has a place in Brussels. Hosted in an outstanding Art Nouveau building designed by Victor Horta, The Comics Art Museum pays tribute to the most representative 9th art creators and heroes of today and tomorrow. From a journey through comic history to the most brilliant creators’ studios, permanent galleries illustrate the secrets of comic art. Peyo and Hergé, spiritual fathers of The Smurfs and Tintin, have their own hall at the museum and also lead the way to other adventures and authors at the Great Temporary Exhibitions Hall. The Belgium comics art museum library also offers the possibility to dive into more than 3,000 comic books. Without a doubt, The Belgium Comic Strip Center is the total comics art experience. 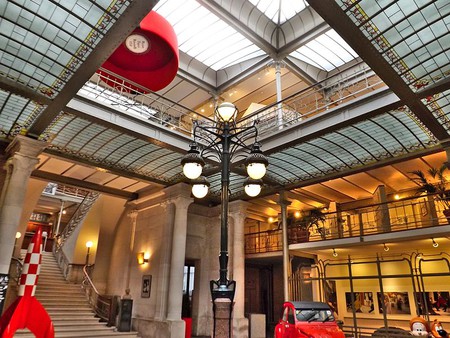 Next to the Grand Place, hidden in a tiny road between typical fries stands and Belgium beer bars, a unique puppet theater called Royal Theater of Toone represents one of the most traditional Brussels spots. In the words of its owner, José Géal ‘Toone VII,’ Toone is a popular dynasty that has been representing the puppet theater world in Brussels since 1830, meaning it has been led by eight generations! Toone VII and his son Toone VIII offer an inimitable show in which they represent classics from Europe’s literature, such as Romeo and Juliet or The Three Musketeers in the original Brussels dialect! Unique in its kind as an adult puppet theater, The Royal Theater of Toone raises the curtain from Thursday to Saturday and offers a guided visit to the Toone’s museum during the interval. The rest of the week, The Royal Theater of Toone serves as a traditional brasserie, where you can enjoy a fine selection of traditional Belgium beers. 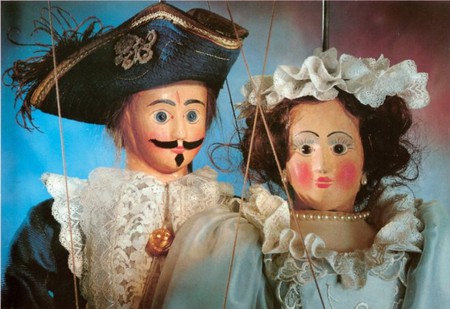 Le Bossu-Courtesy of The Royal Theater of Toone

Theater in Brussels is known for its variety, its originality and for being at the forefront of the newest and trendiest dramatic art tendencies. After its creation in 1977 in Montreal, The Original Improvisation League swiftly found a place in Brussels and its present group, The Belgium Improvisation Professional League continues to deliver their craziest improvised stories and entertainment to the Ixelles quarter. The idea is pretty simple: two teams of comedians dressed in ice hockey clothes get involved in a spontaneous battle on a skating ring! Besides street performances, the most lunatic drama show in Brussels is performed at Théatre de Marni twice a week. Check out the different trainings, workshops and events of The Belgium Improvisation Professional League and get fully involved in their improvised life style. 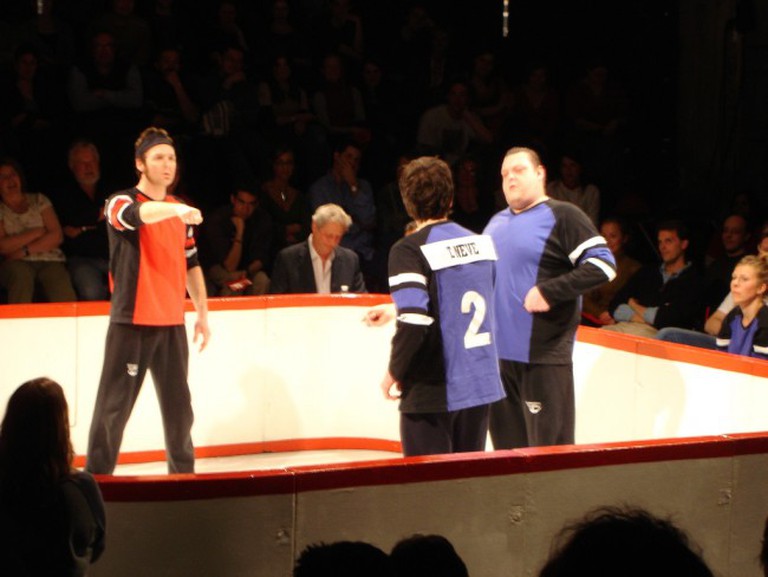 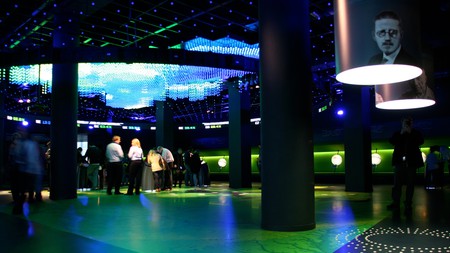 Respected for its quality, originality and diversity, European cinema also has a place in the capital of the old continent. From the 17th to the 24th of June, The Brussels Film Festival invades Brussels with the best and newest productions created in Europe. The 20 European countries represented at the festival are narrowed down from at least 1,000 entries. Featured trailers, documentaries, conferences, debates, DJ sets and open-air screenings are displayed at Place Flagey. The Brussels Film Festival is a unique event where European cinema and its cultural diversity are at the main characters of the show.

One of the most well-known and appreciated art collections of The Royal Museums of Fine Arts of Belgium is at the Magritte Museum. In one of the splendid neo-classic style buildings of The Royal Place, The Magritte Museum holds a significant number of work by René Magritte, one of the most acclaimed surrealist artists of the 20th century. The numerous masterpieces, sketches, and drawings compose the largest collection of works by Réne Magritte in the world. The 250 Magritte artworks are presented and organized in a chronological and thematic way that allows the visitor to fully understand and enjoy the creation process, artwork and life history of Master Magritte. 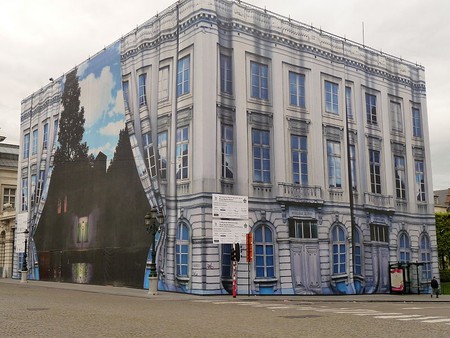 Have you ever heard about the Luthéal? There is only one copy left of this extremely rare instrument and it is only in Brussels where you can admire it! The Musical Instruments Museum is a part of The Royal Museums of Art and History and one of the most emblematic antique instrument collections in Europe. The museum’s collection, held in a stunning art-nouveau style building designed by Paul Saintenoy, represents European musical instruments and non-European traditional music and instruments. Headphones are provided at the entrance to listen to extracts and sounds from the different exposed instruments. 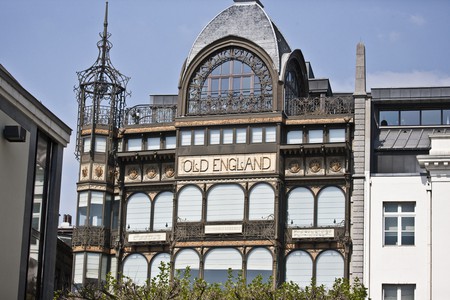 The Brussels Jazzrathon is celebrating its 20th edition in 2016! Join the best jazz-party of the year from the 22nd to the 24th of May. The most emblematic city center spots and squares will be full of jazz, blues, funk and more. More than 450 musicians will be performing open air concerts on the streets of Brussels as well as in 50 bars, clubs and hotels. Artists from all over the world will be in Brussels swinging the city for three days and spreading a friendly atmosphere all around the capital of Europe.

One of the most expected events of the year in Brussels is the temporary opening of The Royal Greenhouses of Laeken. Designed by Alphonse Balat, These spectacular greenhouses are made of iron and glass, and are in the park of the Royal Palace of Laeken, representing one of Brussels’ most remarkable monuments. This spectacular attraction can only be visited during a two-week period between April and May each year. During this short-opening period, visitors will be able to admire a masterpiece of the 19th-century architecture and an impressive exotic plants collection that will surely be in full bloom.