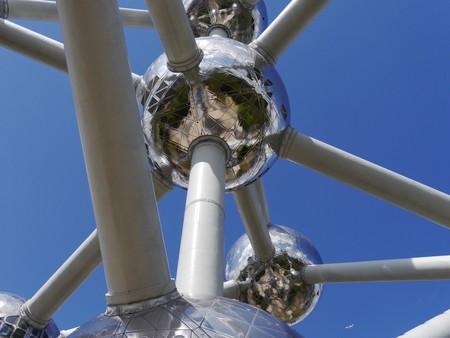 TED Talks offer new insights about how individuals can perceive the world. From chocolate scientists, non-profit founders and prolific artists, Belgium is bursting with leaders and creators ready to share their take on how to foster change for the better. Whether you have a few minutes or hours to spare, these talks are guaranteed to spark a bit of imagination, and at the very least bring a smile to your face.

Are individuals close to living in space? According to NASA crew commander and TED Senior Fellow Angelo Vermeulen, earthlings should be prepared. In this enlightening talk, Vermeulen speaks about the projects attempting to make this dream a reality and invites individuals to join in for the ride.

Koen Dewettinck — “Can Chocolate Save the World?”

Science can be fun, and even more so when a job involves working in a chocolate laboratory. But instead of dissecting chocolate’s properties, scientist Koen Dewettinck’s work aims to hone the practice of cocoa farming in local communities. Be prepared to learn the secret behind sustaining a happy world.

Gunther Pauli — “Change the Rules of the Game”

Dubbed as the “Steve Jobs of Sustainability,” entrepreneur Gunther Pauli suggests that individuals should begin to think differently about how materials are produced and learn more about the innovative changes currently taking place.

Wendy Lampen — “See the World through her Asperger Eyes”

What is it like to define the world through acute senses? Lecturer Wendy Lampen invites individuals to take a glimpse behind the neurological processes that shape the way some people conceive their environment.

As the founder of the Belgian non-profit organization Dare to Dream, Clappaert connects inspirational role models to girls living in disadvantaged communities. This talk will not only redefine how individuals perceive success, but also challenge viewers to simply “give it a try.”

The community of artists, poets and courageous individuals behind Antwerp’s underground open mic scene are unveiled on the TED Talk stage.

When Stephanie Manasseh moved to Europe, she could not imagine the traditional barriers she would face in her attempts to introduce lesser known talent to the art world. Undeterred, Manasseh decided to create an alternative art fair that has come to be known as a staple in Brussels.

Paul Dujardin — “A Lighthouse of Lampedusa”

As CEO and artistic director at the Centre for Fine Arts, Brussels (BOZAR), Paul Dujardin has witnessed the power of cultural centers and their ability to facilitate discussions among various spheres of society. Touching upon an all-too-familiar topic, Dujardin posits how centers such as BOZAR can serve as sources of hope during Europe’s migration crisis.

A sensation within Europe, the Belgian maestro quickly rose to international fame with his catchy beats and layered lyrical prose. His TED Talk does not disappoint, as individuals are able to catch a glimpse of the method behind the madness of his chart topping hit, “Alors en Danse”.

Rik Torfs — “The Beauty of Universities”

Universities proclaim to be efficient, at least, that is what they intend to be. No one knows this better than Rik Torfs, rector of the internationally renowned Katholieke Universiteit Leuven in Belgium. Yet, efficiency should not be equated with what is actually in dire need: authenticity. Watch this talk and prepare to be charmed by Torfs and a lesson that extends beyond the classroom.