10 Belgian Fashion Designers You Should Know

Fashion has come to be synonymous with the trend-setting catwalks of Paris, London, New York and Milan. Recently, however, Belgium has been increasingly dominant in the field of contemporary design. Belgian designers first gained international acclaim with the Antwerp Six and have continued to impress ever since, with a myriad of gifted graduates emerging from the Antwerp Royal Academy of Fine Arts. The Culture Trip takes a look at the top ten Belgian fashion designers you should know. 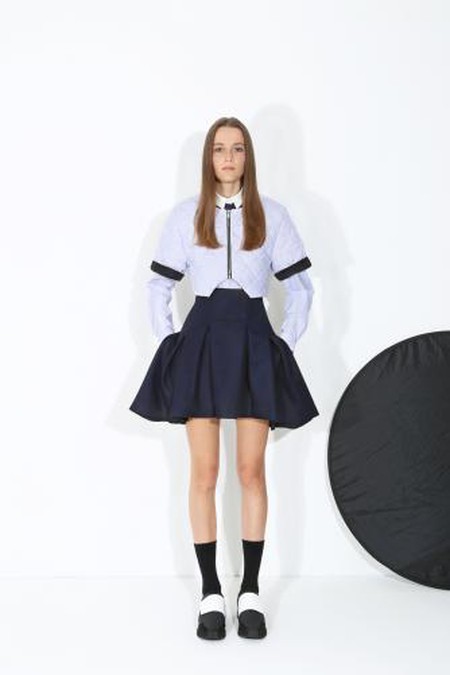 Honest by collection by Bruno Pieters

Two weeks after graduating with a B.A. from the Royal Academy of Fine Arts in 1999, Bruno Pieters went on to present his first collection entitled ‘Daywear, the Suit’ during Paris Fashion Week. In 2010, Bruno Pieters took a two-year sabbatical and toured the developing world, namely in Southern India. Whilst traveling, he developed a personal philosophy that stressed the importance of sustainability and complete transparency in manufacturing practices. This new life philosophy stemmed from the ways in which he observed indigenous peoples making their clothing. It is from this personal belief that Bruno developed his line Honest By, which encompasses the vision of a group of designers seeking to encapsulate Bruno’s philosophy within their work. Honest By is a revolutionary line, not only because of the sustainable practices that they employ, but also because it is the first fashion line to offer customers a complete cost-breakdown of their products. The Honest By line offers both women’s and men’s clothing as well as accessories, all produced through environmentally-friendly methods.

German-born Bernhard Willhelm graduated from the Royal Academy of Fine Arts in 1999. Whilst at the Academy, Willhelm began working as an assistant for several fashion icons, including Dirk Bikkembergs and Walter Van Beirendonck of the Antwerp Six, as well as Alexander McQueen. Following his graduation, Willhelm presented his womenswear line at the Paris Fashion Week, and his career has thrived ever since. Now known for his somewhat rebellious approach to fashion, Willhelm refuses to conform to traditional color schemes, preferring to tread his own path through the fashion world. Wanting to deviate from the current trend of pragmatism in fashion, Willhelm seeks to restore fashion’s connection with time, space, and history. Willhelm believes that “fashion fulfils certain roles in certain parts of our society,” and that his role as a designer is to create fashion that expresses certain ideas and challenges his audience to think.

Christian Wijnants graduated from the Royal Academy of Fine Arts in 1996 and immediately went to work with internationally acclaimed designers such as Angelo Tarlazzi and Dries Van Noten. Over the next decade, Wijnants developed a penchant for knitwear, winning the Swiss Textile Award in 2005, the European Woolmark Prize in 2012 and the International Woolmark Prize in 2013. His work can be seen at the MoMu in Antwerp, where it has a permanent place in the museum’s large collection. Many of Wijnant’s designs rely on hand-knitted and hand-dyed fabrics that are often thick, fuzzy, and comfortable, making his clothing perfect for the cooler months. As Maya Singer of Style.com succinctly phrases it: “you’ve just got to admire a designer who understands the modern, stressed-out woman’s desire to crawl under some lovely blankets and get some sleep.”

Born in Vancouver, Devon Halfnight Leflufy later moved to Antwerp to study for his B.F.A and M.A. at the Royal Academy of Fine Arts. As a menswear designer, Leflufy’s style is largely influenced by his teenage years, which he reputedly spent surfing the web, skateboarding and listening to hip-hop music. Due to this, many of his designs have a west-coast street-wear element to them, incorporating hint of millennial and college popculture and bright neon colours reminiscent of the 1990s. Leflufy prefers to work in Antwerp, where he feels that he is “free from predefined connections to the major fashion cities” and is thus able to experiment. Having previously collaborated with Opening Ceremony and Theo Eyewear, Leflufy looks set to enjoy a successful fashion career.

In 2008, while still in his final year at the Royal Academy of Fine Arts, Glenn Martens was hired as a junior designer for Jean Paul Gaultier, working for both men’s and women’s wear. By 2010, after graduating top of his class, Martens was working with prominent European clothing brands including Bruno Peter’s Honest By. By 2012, Martens launched his own womens-wear line at the Paris Fashion Week. Martens seems to be conscious of the need to balance his artistic expression and experimentation with a sense of utility because – as he himself points out – it is important for clothing to ultimately be wearable. It is because of this down-to-earth approach, that Martens tries to use casual and comfortable fabrics, avoiding high-fashion so that his customers “won’t look like some kind of a crazy person” on a catwalk.

Jean-Paul Lespagnard studied visual arts in Liege before continuing his studies in Luxembourg. Something of a self-made marvel, this Belgian fashion designer began his career as a stylist and costumer designer, surprising the fashion industry by winning two awards in the 2008 Hyeres Festival of Fashion and Photography. JP Lespagnard has an unrivalled ability to translate his thoughts into desirable and thought-provoking art, working across a range of different media – including 3D objects, clothing, music and photography. An extremely socially conscious artist, JP Lespagnard uses his talent to encourage his audience to think critically about societal norms previously taken for granted, including the global obsession with wealth and luxury goods. His most recent exhibition, TILL WE DROP, was featured at the glamorous Galerie des Galaries, at the Galaries Lafayette in Paris and was a considered a truly unique and provocative spectacle.

French-born Lea Peckre attended the renowned visual arts school, L’Ecole de la Cambre, in Brussels. In the year of her graduation she was awarded the L’Oreal Great Profession Prize in the 2011 Hyeres Festival of Fashion and Photography. Taking an emotive approach to fashion, Lea Peckre aims to capture the essence of “new-elegance, spirituality, [and] sensuality,” viewing her ideal customer as an independent and modern woman with a strong personality. Peckre’s designs often take on an ethereal quality, especially in her 2013 Light in the Dark exhibition, consisting of fine and light fabrics in eerie colour combinations, crafted to shape a feminine silhouette. Although conscious of current fashion trends, Peckre does not let them dictate over her designs, only allowing them to subtly influence her direction.

Ukrainian artist Lena Lumelsky received her first degree from an Israeli university before going on to graduate from the Royal Academy of Fine Arts in 2006. Having started her own label in 2009, Lena quickly rose to prominence within the fashion community, winning the Mango Fashion Award in 2010. Her unique approach to design does not stem from commercial cycles but rather from her personal interests, including black-and-white film, focusing particularly on the ways in which transparent fabrics react to light and interact with the body of the model. Lena showcases excellent skill through her manipulation of neutral colours and comfortable fabrics, creating a look that is at once ultramodern and fundamentally classic, exuding simplicity and elegance. Her characteristically surreal designs and preference for neutral colours have led DuJour to dub her the “fashion industry’s Hitchcock-meets-Aronofsky.”

Recently awarded the H&M Design Award at the 2013 Stockholm Fashion Week, Minju Kim has rapidly made a name for herself in the fashion world. Although originally from South Korea, Minju Kim graduated in 2013 with an M.A. in fashion design from the Royal Academy of Fine Arts in Antwerp. Minju Kim’s designs have often been labeled “bubbly,” due to the rounded shapes and pastel-coloured fabrics that have become characteristic of her style. The unique and light-hearted quality of her work seems to originate from her interest in the Japanese art of manga, which she also draws herself. Known for her creativity, positivity, and energy, critics agree that her distinctively fun designs will ensure her continued success in the world of fashion.

Tim Coppens graduated from the Royal Academy of Fine Arts in 1998. After graduation, Coppens went on to work with world-renowned labels such as Addidas and Ralph Lauren, which played an important role in the inspiration behind his own label. In 2009, Tim Coppens launched his label, which was immediately snapped up by Barney’s in New York. By 2012, Coppens had been presented the Eco Domani Award for the Best Menswear Designer of the Year. His designs garner influence from both American and European fashion trends, focusing on themes of masculinity, athleticism, luxury and youth culture. By blending classic menswear style with recognizable sports references and other modern masculine motifs, Coppens seeks to cater not only to fashion-conscious men, but also to those who just want to look good.