Unusual Things To Do in Minsk 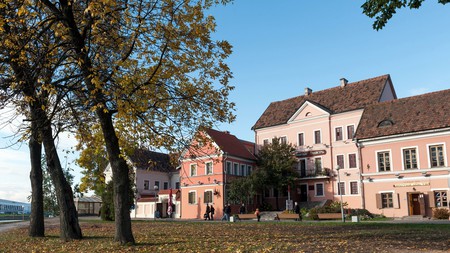 Since Belarus relaxed its visa regulations in 2017, the country has slowly been making its way onto the tourist radar. Beyond the routine sightseeing, Minsk is full of secret spots and unusual activities just waiting to be discovered.

Party in the shadow of a former factory

An open-air food court and bar, Project Pesochnitsa is hidden away within a complex of industrial buildings. Project Pesochnitsa (which means ‘sandbox’) is a prime hangout spot among the local hipster crowd, and a destination for foodies: a rotating ensemble of street-food trucks serving everything from burgers to Czech trdelník cakes bring international cuisines to the grounds of the Horizont electronics factory. As night falls, the pace changes as DJs and local bands begin to play and the food court transforms into something of an al fresco dance floor. 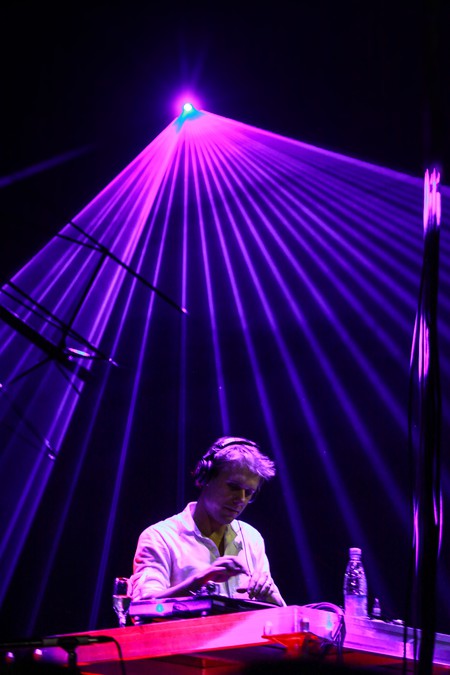 Many Belarusians have a dacha – a country cottage where they can escape the city after a long working week. In addition to growing fruits and vegetables to be enjoyed fresh or preserved for the winter months, time at the dacha often entails two key elements: barbecues and saunas.

No dacha? No problem! Visitors to Minsk can experience the slow pace of life at the dacha with a day trip to the Zabrod’ye country house and museum complex. Set about an hour and a half outside Minsk, Zabrod’ye is a traditional wooden cottage in the heart of the Belarusian countryside, complete with a 200-year-old Belarusian banya (sauna). Once visitors have enjoyed a home-cooked meal courtesy of the friendly owners and grown on the plot of land surrounding the dacha, they can explore an extensive collection of vintage cars and exhibitions packed with artefacts from World War I and the Soviet era. Thanks to its countryside location, Zabrod’ye is also the perfect base for outdoor activities such as kayaking, cycling and fishing. 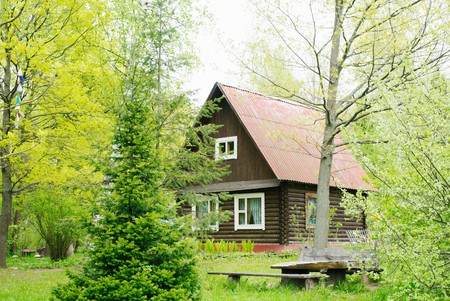 Travel with a social conscience by bringing home a retro souvenir from KaliLaska. This social enterprise collects donations from across Minsk: clothes, accessories, homeware, plants – you name it. KaliLaska is a firm favourite with Minsk fashionistas thanks to its huge selection of vintage clothes, jewellery and shoes. Of the proceeds, 95% goes to a variety of charitable organisations. 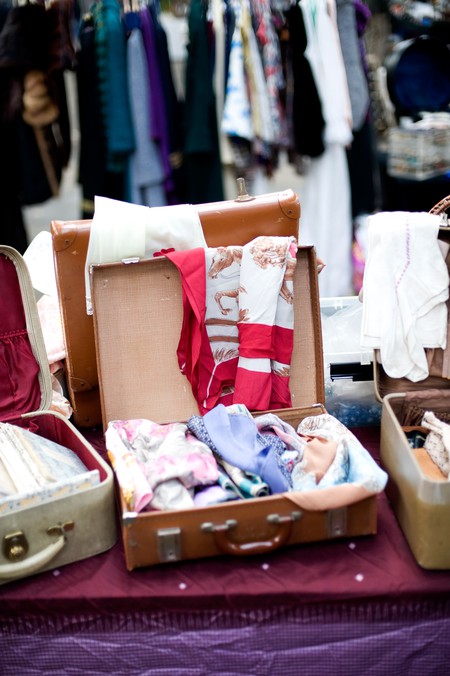 Get a taste for pigs’ ears

Once you’ve tried borscht and draniki (potato pancakes) with mushrooms, there’s another delicacy left to try: pigs’ ears. Fried, boiled or baked, pigs’ ears are the ultimate beer snack and can have a spicy, sour or salty taste. If simply munching on a pig’s ear with a pint sounds a little extreme, look out for a traditional pig’s ear salad. This adventurous appetiser can be found in many restaurants specialising in Belarusian cuisine, such as Vasilki, Druzia and Rakauski Brovar, or can be picked up at most supermarkets with a deli department. Don’t knock it until you’ve tried it. 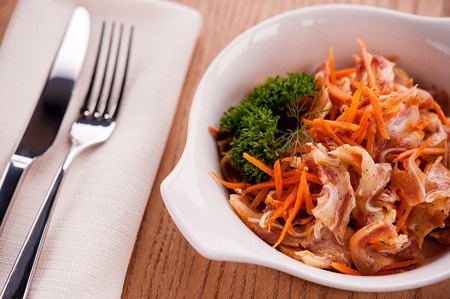 Become a tractor driver for a day

Fun fact: every tenth tractor in the world is made in Belarus, at the Minsk Tractor Works factory. Tractors are an important part of Belarusian culture, with the huge, colourful vehicles even taking part in the annual Victory Day parade, in most countries the reserve of tanks and missiles. Visitors to Minsk can play their part by joining the factory team for the day, donning overalls and taking their place on the assembly line to learn about the engineering process. The most fun part, however, is the chance to ride one of these monster machines. Another great option for motor enthusiasts is a visit to BelAZ – the manufacturer of the world’s biggest trucks. Set 55 kilometres (34 miles) away from Minsk in the city of Zhodzina, the factory welcomes visitors to find out how it feels to ride a giant dump truck and even master basic driving skills using a special simulator. 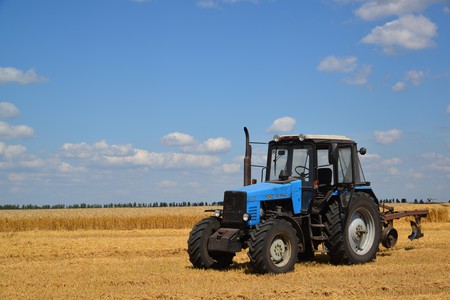 Shop like a Minsk local at the farmers’ market

Komarovka Market is a one-stop shop where you can purchase and sample the freshest produce direct from local farmers. As Minsk’s biggest market, Komarovka brings together hundreds of sellers from across the local region to sell fruit, vegetables, nuts, spices and other specialities such as caviar. English speakers are in short supply here, but enthusiastic gesturing will do the trick. Top tip: the market gets busy at the weekends, so visit during the week if you can. 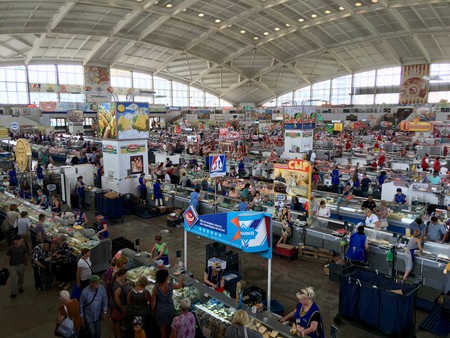 Komarovka market is at its busiest on weekends | © ElRoi / Shutterstock

Founded in 1864, Alivaria Brewery is the longest-running brewery in Belarus. Knowledgeable guides take visitors through the history of the company and the process of production, as well as providing tips on how to drink beer correctly and pair it with the perfect dish. A large part of the tour is spent sampling the beer itself – with more than 16 to choose from, you may just have to take some home with you if you want to try them all. The standard tours are in Russian, but you can sign up for an English tour in advance on the brewery’s website. If a tour isn’t possible, stop by the centrally located brewery – just two blocks north of Trinity Hill – at 2pm on a Saturday for an exhibition and tasting. 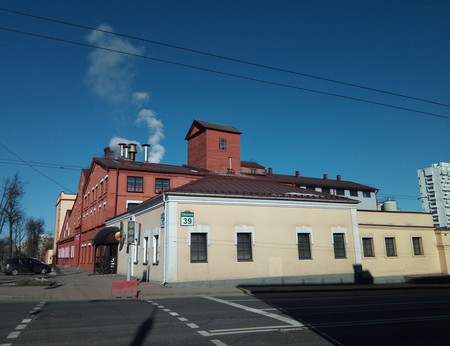 Check out the street art at Vulica Brasil

The most vibrant place in Minsk – the area surrounding Kastrychnitskaya street – gets more and more colourful each summer, when the Vulica Brasil festival comes to town. Usually taking place in July or August, the festival sees Belarusian and Brazilian graffiti artists leave their mark on the city’s architecture in the form of exuberant murals. Vulica Brasil has been running since 2014, when Brazilian embassy workers Mila Kotka and Danilo Costa persuaded the Minsk City Executive Committee to brighten up the city streets with some monumental artworks. If you’re visiting Minsk during the festival, look out for street artists working in the area and check out the accompanying programme of events, which often includes street theatre, cinema screenings, markets and concerts. 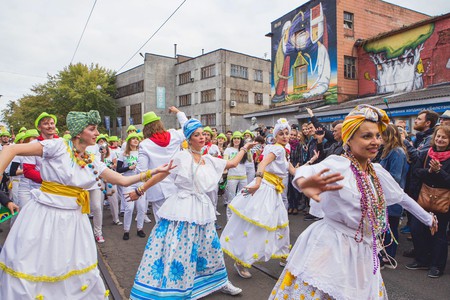 Behind the Opera Theatre lies the quiet, quaint neighbourhood of Asmolauka. A walk among the small houses here is a journey back in time to the end of World War II, when these houses were built and given to the city’s intelligentsia: scientists, writers and decorated heroes of the Soviet Union. The charming district, with its low-rise yellow buildings and leafy streets, has been under threat of destruction by investors who wanted to build a mammoth shopping mall in its place. After petitions and protests by thousands of Minsk residents, the houses in Asmolauka were placed under the protection of the Ministry of Culture this year. 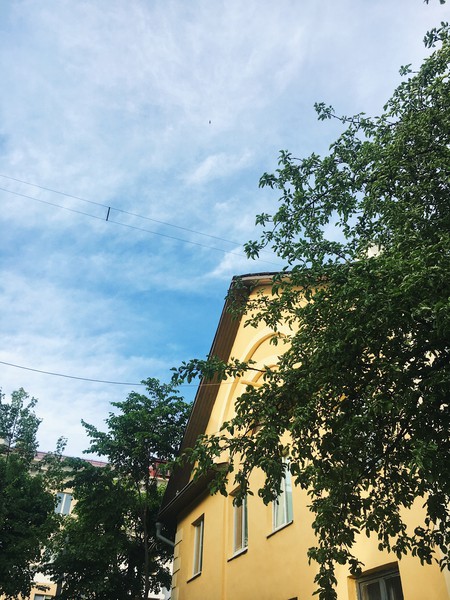 Building in Asmolauka, Minsk | © Lizaveta Alisevich / Shutterstock
Give us feedback